The Elephant Conflict Story from the Terai Region, West Bengal 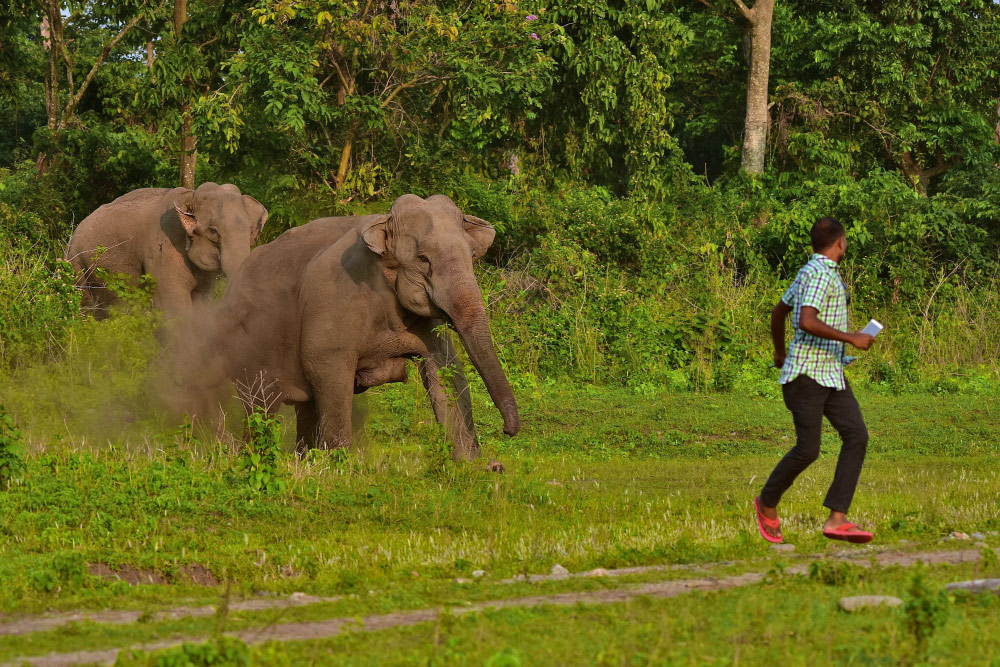 In the Terai region of North Bengal, the conflict between humans and elephants has turned into a fever pitched daily battle, with the elephants not being left alone even inside the forests.

The conflict between humans and elephants is turning very grave, with many human and elephant casualties (numbers can be as high as 50-100/year both sides), and severe crop damage. The situation worsens with fragmented corridors on their migration routes and continuous denudation of forest patches. The added issue of the 17-km long fencing along the Nepal border cuts off their traditional migration routes, pushing them into small forest patches and adjoining forest lands (Terai).

A few days back I witnessed two different cases of conflict in the Dooars and Terai region of North Bengal. In the Dooars region, near Chapramari forest area and nearby villages, the maize crop is continuously raided by elephants every night and the whole village chases them night long with crackers, stones, and sticks, which leads to accidental casualties on both sides. Surprisingly, elephants being highly intelligent and adaptive, they have kind of got used to this commotion and keep coming back to the fields for an opportunistic feed. A few funny anecdotes were, groups of drunk people trying to hitch hike on an elephant’s tail! All this might sound like regular fun but when you think of the larger conservation picture, one realizes how things can go from bad to worse in a few seconds, with elephants trampling humans, or their calfs falling in farm trenches and dying, which then takes an ugly turn, with the animals paying the price. The above conflict is still acceptable since the elephants are being driven off farm lands, but what I witnessed in the Terai – Kolabari area was shocking and unacceptable.

We went to track a herd in the small forest patch of Kolabari where there was a population of 80-150 elephants, sadly pocketed by Nepal fencing. To my utter shock, within a few minutes of our stay, a group of not less than 50-100 locals swarmed this forest patch and started chasing the elephants with stones, crackers, and sticks (seems to be daily round of activity). I couldn’t imagine the predicament of the animals, since now the conflict was being created in their homes. Imagine a situation where the elephants in their small pocketed habitats are being pushed and shoved! The herd couldn’t even cross the small forest patch to reach their daily resting place beside the river. I also observed that many of the calfs were injured and some rubber bullet marks were seen on the adults too (I heard it’s mostly the doings from Nepal).

All of the above looks critical and sounds alarming with little or no solution, except maybe some drastic measures like controlling the elephant population, which again is not a very permanent situation. In the above pattern of conflict, I also realized that there is no interaction/involvement of locals as stakeholders in elephant conservation. The locals are disconnected from conservation efforts and they feel that the forest department is their enemy, except for giving compensation, which again is not a real solution. Interestingly, there are supposed to be elephant squads, forest department guards and para military forces who are responsible to help in this situation, but none were seen even 100 kms around to douse this daily conflict. I strongly urge that we all contribute to work for this apparently difficult situation on an urgent basis before we lose the battle to save our national heritage animal. 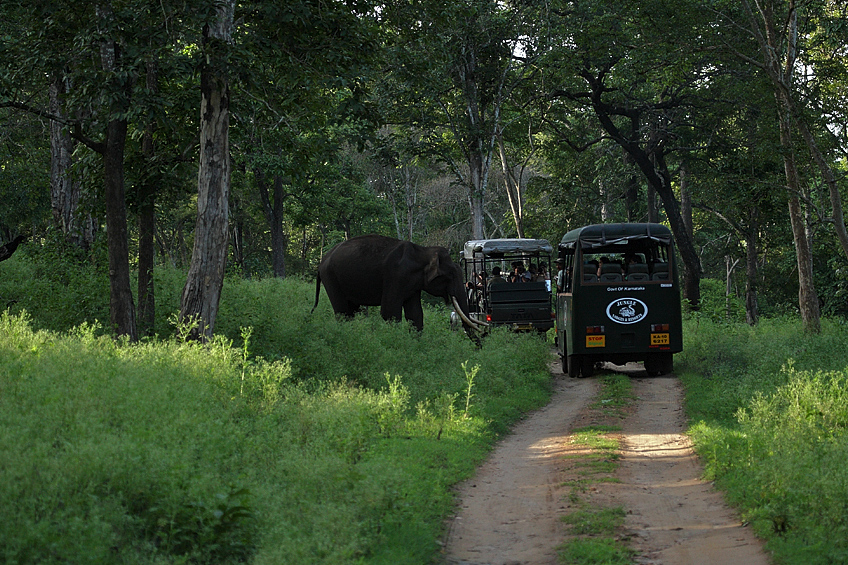