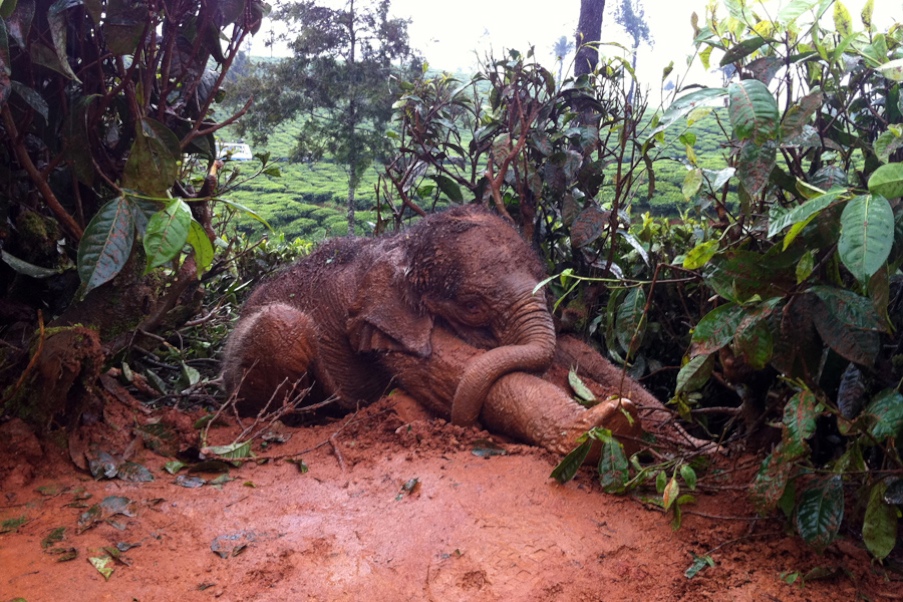 The story of this elephant calf's ultimately tragic struggle for survival, is also the story of how the human community in the Valparai area rallied around the rescue efforts, despite the troubled history of conflicts and the damages people suffered. This empathy and tolerance towards elephants has to be recognized and fostered.

In July 2012, I was witness to a story of survival in the wild, and how, despite the best attempts of humans, nature has its way. I was in Valparai and we got news that an elephant herd that we were tracking had given birth to a calf. The mother was a young elephant and an older one was observed always staying by her side. A few days later, while I was at Bangalore, I heard the startling news that when the herd had gone to a river, the calf had been swept away by the waters. A few plantation workers who had seen this happen jumped into the river and helped the calf back to the safety of land. After restoring the calf’s health a bit and taking adequate precautions to make sure the calf can be returned to the herd without fear of rejection, it was taken to where the herd was, and left close by. A little later, amidst a lot of trumpeting by the herd, the mother stepped forward, went to the calf, smelt it and immediately let the calf suckle!

However, there was not to be such an easy and happy ending to the story. A few days later, the herd was spotted behaving in an agitated and aggressive manner in the tea fields. On closer observation, the rescued calf was seen lying motionless on the ground. The old female stood guard, and seemed to be trying many times to get the calf back up on its feet. Finally she gave up and moved away. After all the elephants had left the place, we approached the calf. It was raining heavily and the track leading to it was very slippery. We found the calf lying at the edge of the tea bushes covered in a thick layer of slush. It seemed to be gasping for air, and its breath was sounding labored. Things did not look good.

Through the many hours that followed, with the efforts of the forest department, NCF personnel and also the locals, the rescued calf was revived again with food, shelter and medications. Finally, it looked a lot more comfortable than when it had been found. Hopes of its survival were high. Time was running out to reunite the calf with its natal herd, which had started moving towards a nearby forest patch. The calf was set down on a path that the herd would take to go into the forest.

Everyone left the area, praying for a miracle, and with hopes of seeing the calf reunited with his mother. However, it was not to be. The calf was found dead in the same spot the next day. We do not know if our lack of technical expertise in handling this had anything to do with the outcome. Perhaps the mother was too young and the calf therefore, too weak and unhealthy. Had the earlier drowning caused some internal damage? We will never know the answers to these questions, as well as to the bigger question of whether human intervention is necessary or justified in the workings of nature. 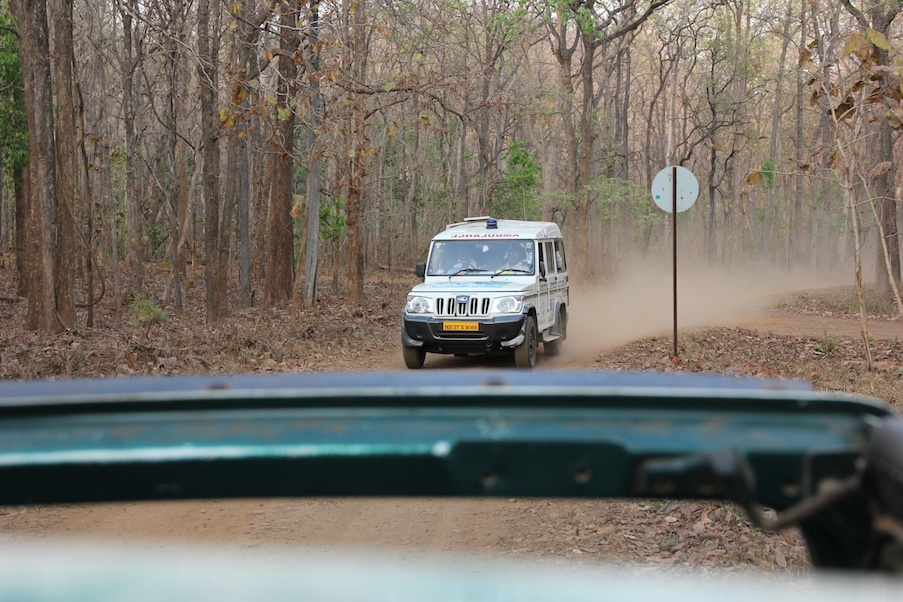