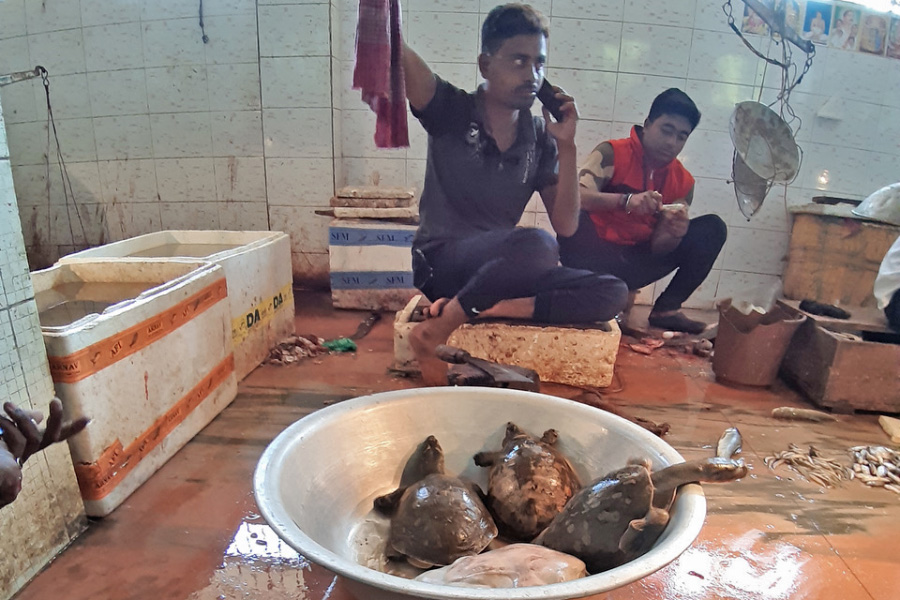 Fresh water turtles, considered a delicacy in many parts of India, are traded openly in Agartala, despite the protected status of several species under the Wildlife (Protection) Act 1972. That such trade is openly carried out in this day and age, is a sad commentary on the poor implementation of the Act in many states.

On my visit to Agartala in the last week of September, 2019, as a member of the jury of the photography competition organized by Pict-O-Real Club, I had a horrific experience. On 28th night, Souvick Mukherjee, one of the members of the club, informed me that in Maharaj Ganj market, one the biggest fish markets in Agartala, different types of turtles were being sold for meat, including species like Indian Softshell turtle and Black Soft-shell Turtle.

To check out the matter I went to that market the very next morning, and was shocked by what I saw. Two people were selling Indian Flap-shell Turtle, River Terrapin and Indian Softshell Turtle, keeping them upside down. I spoke to the sellers posing as a customer and pretended that I didn’t know anything about these species but only heard they are tasty. They informed me that the Indian Softshell Turtle (locally known as “Kala Kachim”) is the tastiest of the lot followed by River Terrapin and Indian Flap-shell Turtle. For the River Terrapin they are asking ₹ 2000 as it is the largest among the three and ₹ 1600 & ₹ 800 for the Soft-shells and Flap-shells respectively.

To get a photograph of the turtles I pretended to call someone with my mobile camera on capture mode. But the sellers told me to continue my conversation at a distance. Moreover, I asked them to sell me one whole but they refused point blank saying that they will only sell it after chopping it up. All my efforts went in vain. After coming to the exhibition hall I informed the club members about my experience. They have decided to take it up as a part of their efforts for conservation to save these helpless creatures.

A few days back, Purnendu Das, a member of the club, was finally able to take some pictures even at the risk of physical harassment, and was concerned enough to contribute his images for conservation. My only hope is that all concerned departments – Forest, Police, and NGOs, will work together to end this menace. It’s time to stand united against the horrors of illegal wildlife trade.

A few markets within Agartala like Bortola and Golbazar (Maharaj Ganj market) sells freshwater softshell turtles. Over 1000 animals are sold on a daily basis, mainly Indian Flapshell Turtle (Lissemys punctata), Indian Softshell Turtle (Nilssonia gangetica) and Peacock Softshell Turtle (Nilssonia hurum). All of them are listed in schedule-1 of Indian Wildlife Protection Act (WLPA), 1972 and afforded maximum protection on paper). The two Nilssonia cited above are proposed to be included in the endangered category of the IUCN Red List. The Black Softshell Turtle (Nilssonia nigricans) is not listed in the schedules (as per the WLPA) and is listed in the Red List as ‘extinct in wild’ (and proposed critically endangered). WCS-India and TSA India have approached the highest level of management in the Tripura Forest Department and they claim turtles are supplied from Bangladesh (which is no less a crime) and not caught from India. Serious efforts are underway to stop this illegal turtle trade. 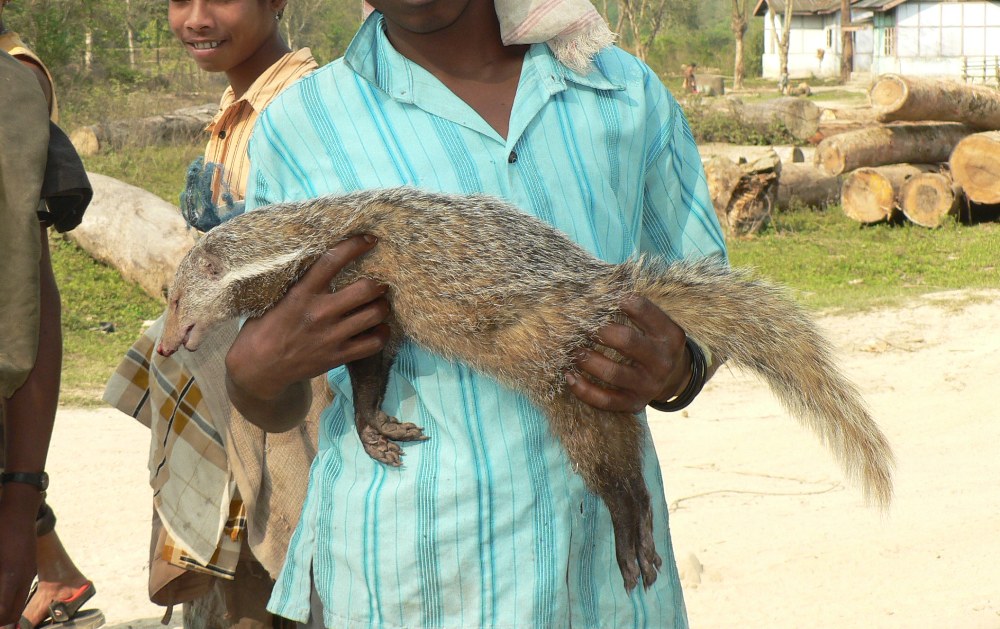