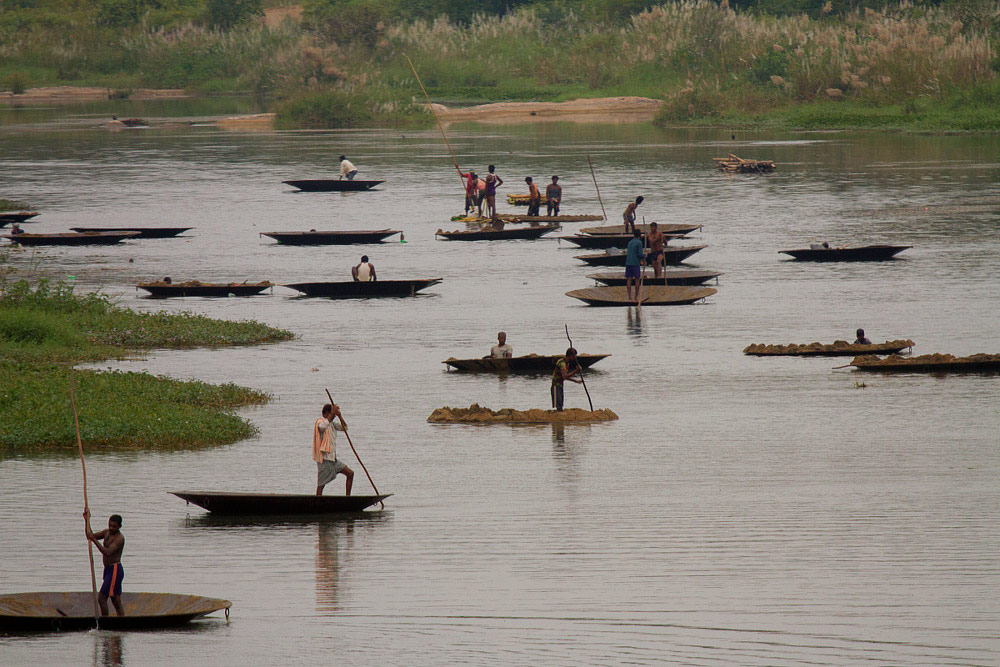 Illegal sand mining is not only killing our rivers but will also have immense repercussions on our beaches, as it is the sand carried by rivers that replenishes our coasts. There is an urgent need to find a viable replacement for sand in construction.

This photographer made this image of illegal sand mining activities going on the Shimsha river bed near Kokkare Bellur (see location below). This could destroy the sanctuary for the Spot-billed Pelicans and Painted Storks which depend on the fish from this river.

This image of sand mining in the Cauvery river captures the norm rather than the exception: across the length of the river, and its tributaries (like Shimsha), sand is being gouged out at a pace that is hundreds of time greater than the replenishment rate – an estimated 22 million tonnes are extracted every year from the Cauvery river, just to feed the cities of Bangalore and Mysore.

The spectacular growth of the construction industry has had unintended consequences for every river in India today. The mining of sand – which is an essential part of construction – has often been in the news, largely due to the control of local mafias over this minor mineral. Most people also intuitively recognise that sand mining has damaged, and continues to damage, the delicate ecosystem of India’s rivers, on which millions of people depend for their drinking and household needs, livelihoods and irrigation. According to the Geological Survey of India (GSI), riverbed mining causes several alterations to the physical characteristics of both a river and riverbed. These can severely impact the ecological equilibrium of a river and damage plants, animals and riparian habitats.

Sand is considered a “minor mineral” under Indian law, unlike coal, diamonds or gold which are classed as major minerals. The extraction of minor minerals is governed by state rather than federal laws. Within 50 kms of any construction site in India, there is likely to be sand mining going on along river banks and coastal areas, according to Debi Goenka, of the Mumbai-based Conservation Action Trust. Illegal sand mining in India is something of an open secret and almost all of this mining is happening without licenses because the demand is unbridled and the regulatory consequences are minimal, he said. Even when miners get permission to extract a certain amount of sand, they often take around 100 times more than they are permitted.

What is needed therefore is an urgent national effort to develop an ecologically safe, cost-effective, technically comparable substitute for sand and to critically evaluate the impact on the hyporheic zone prior to the clearance of a hydroelectric project. To ensure water security for India’s future, we need to keep sand where it belongs – in the river.

Thanks K. Gopa Kumar Menon for his valuable inputs about sand and sand mining. 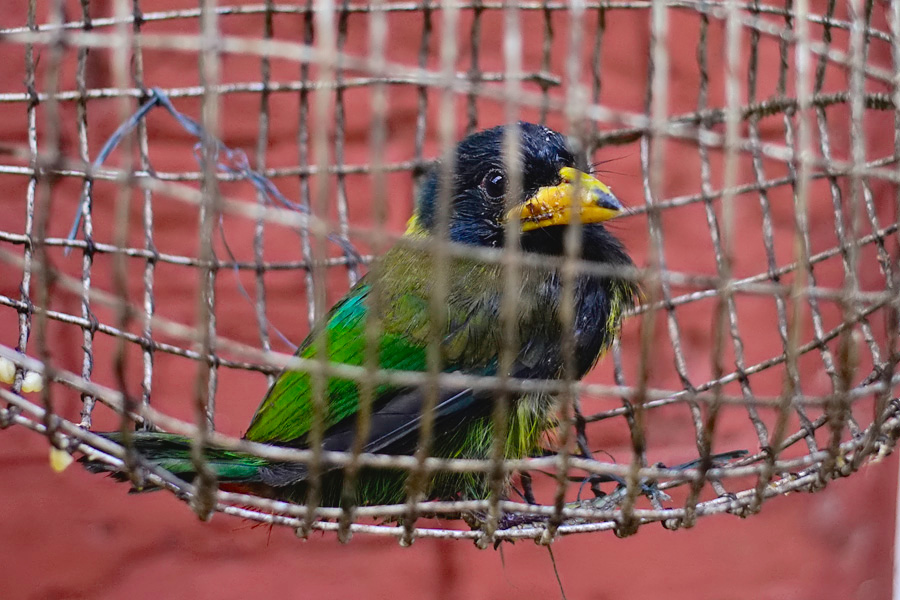