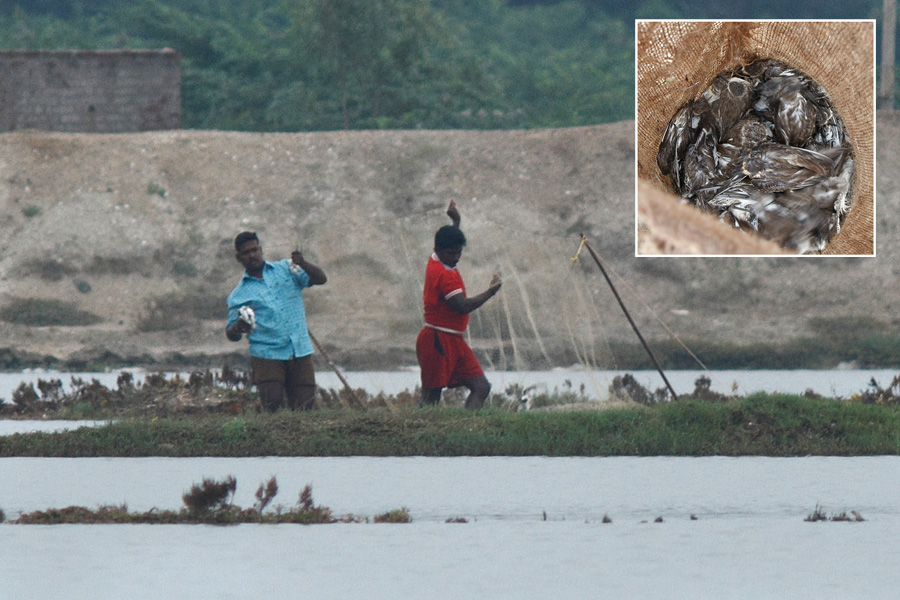 Local hunting such as this is widely prevalent across India in both urban and rural areas. These hunters typically target waterfowl, deer, pig, etc. If you come across any such incidents please report them immediately to local law enforcement officials.

I took this image of two poachers trapping waders (mainly little stints) flying low over Kelambakkam lake near Chennai and getting trapped in mesh nets. I was birding along the lake accompanied by Vaithiyanathan, also a birdwatcher and photographer. Both of us are members of the Photographic Society of Madras (PSM).

When we reached the lake, I saw two people crouched on one of the small islands in the backwaters. I took a test shot with my camera to check if they had guns and whether they were poaching. Since they weren’t carrying guns, I assumed they were just fishing like other fishermen in the lake.

Later, when they sprung into action (after a wader flock got trapped in their nets), we saw through our telephoto lens that they were indeed poaching birds.

Their modus operandi was to spread out a mesh net over the water surface so a flying wader flock would get caught and they would catch them before the birds could free themselves. The birds were put into gunny bags (image inset). They would then re-cast the nets and wait for the next flock.

The poachers were later caught after we called the Chennai Chief Wildlife Warden (CWW) — Ms. Karuna Priya — and forest department officials from Thiruporur and Guindy sprung into action. I had the contact numbers and knew whom to call since I have been involved in reporting a couple of poaching cases earlier; one of which was the Siruthavur incident.

After my call, the CWW immediately informed the Guindy forest division — which covers the lake — about the incident. She also instructed the closer Thiruporur forest division to head to the spot since it might take longer for the Guindy team to arrive.

Within 20 minutes, the entire Thiruporur forest guard team with their van and ranger Mr. Sivaraman arrived at the spot to catch the poachers red-handed with the dead birds. They covered the exit from which poachers could have escaped. After the Guindy team arrived, the Thiruporur team transferred the case to them and handed over the poachers too. It was great coordination between the different departments thanks to keen interest taken by the CWW.

Around 70-80 birds (most of them little stints, which are winter visitors) were trapped by the time the poachers were apprehended.

See the Times of India Chennai report on the incident.

The poaching of waterfowl for bird meat around waterbodies in India is quite rampant and you can see the compilation of articles and images documented on Conservation India by various contributors.

CI lauds the fantastic initiative by the birdwatchers and the great job by the forest department — this is truly going beyond the “Pretty picture”! 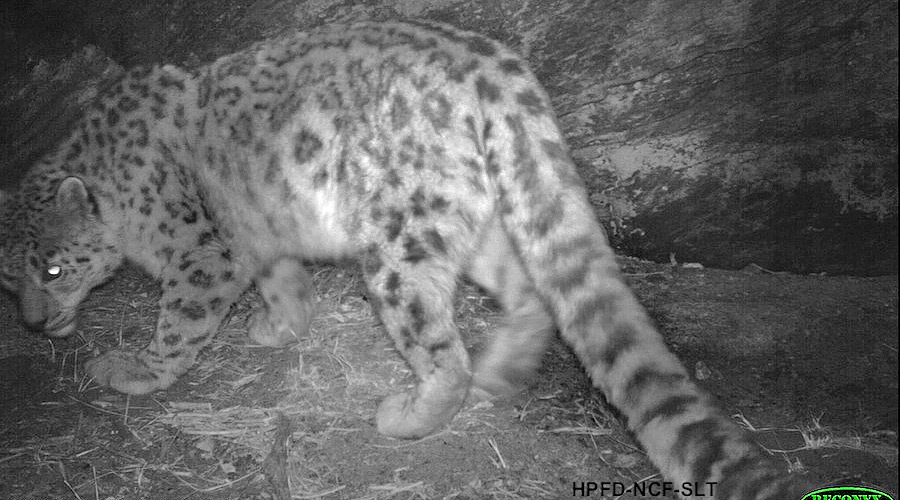