To celebrate the birth anniversary of Dr. Joseph George, the birdwatchers of Bangalore and BngBirds are organising an annual event in his honour on 1st of October as “Bengaluru Bird Day”. This is the second year where they are starting the wildlife week as a tribute to Dr. Joseph George.

RSVP your Attendance at www.ecoedu.in/bird-­day/

About the Talk
Late 1980s saw a spurt of interest in waterbirds among birdwatchers in Bangalore. Lakes in and around Bangalore were being looked at with renewed interest and were intensely surveyed for nearly a decade thence upon. The insight thus gained was used to understand the structure and ecology of lakes and the way birds used these seasonal wetlands. The talk discuses on how this knowledge on lakes is being used to campaign against the present day civil engineering model of lake development that has no respect for the structure and ecology of lakes or the bird diversity that it once supported and provides an option to bring back the old glory of these urban wetlands as waterbird habitats.

About the Speaker
Dr. S. Subramanya, known as `Subbu’ among birding circles,did his doctoral work in Agricultural Ornithology and is a well known ornithologist in India. Initially, he worked in the Bird Migration Studies headed bt Dr Salim Ali during 1980-81. He is a member of several national and international professional bodies and ornithological institutions. Dr Subramanya is very active in conservation efforts and has been playing a key role in influencing decision makers in the country to help protect crucial habitats. During last couple of decades, he made important contributions to various projects. He has been playing a very key role in conservation of critically endangered Indian Vulture’s habitat at Ramanagaram and towards getting the place declared as a “Vulture Sanctuary” by the Karnataka State Government.

He has numerous publications in national and international journals and books. He also worked on indian heronries, survey of vulnerable endemic species like Yellow-throated Bulbul and Broad-tailed Grassbird. More recently, his efforts culminated in the declaration of Puttenahalli Lake (North Bangalore) as a “Bird Conservation Reserve”.

For all of us birdwatchers who came in contact with him, he inspired us with his knowledge and humility, and had a way of making people learn about birds. He encouraged us to make our own observations, always emphasizing that contributions to our knowledge of birds could be done by anyone and not just scientists. Though an organic chemist himself, he had many research papers on birds to his credit, and encouraged us to publish as well.

Starting his career during the British times at the FRI, Dehra Dun, he went on to become the Assistant Director of the Buildings Research Institute in Roorkee, and then the Director at the Indian Plywood Industries Research and Training Institute, Bangalore. He was an adhesive specialist par excellence, with a special interest in wood substitutes. And to this end, he worked hard and achieved one technological innovation after another, and derived more for nature conservation than what most of us only dream of. He had many patents to his credit and a few more coming. Even at 90, he used to go everyday to his laboratory and also actively involve himself in gardening, which he was a great enthusiast of.

Dr. George touched many lives and has left a legacy for Bangalore that has at least a thousand times more birdwatchers than he started out with. And a publication ethic that amateurs could emulate. 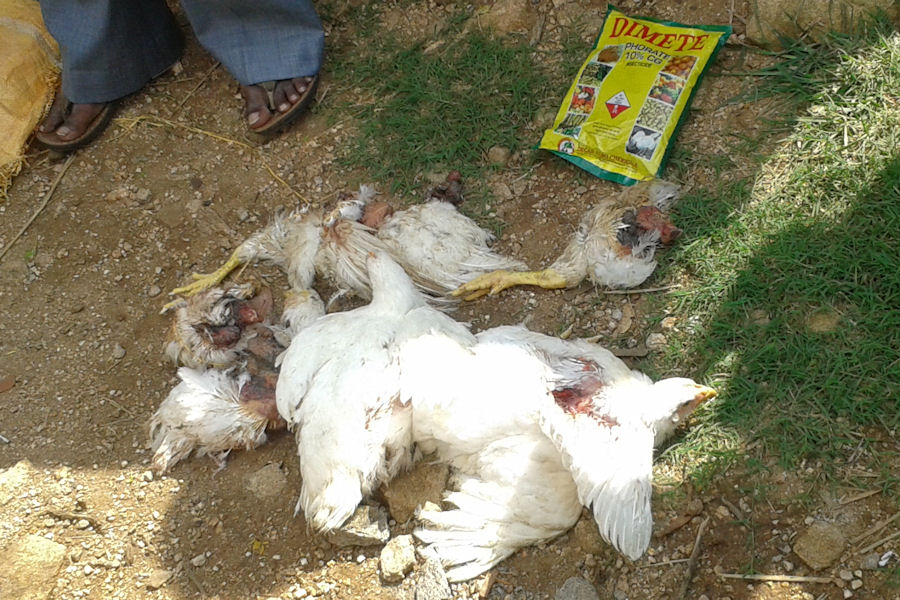