Insights From A Scientific Study Of The Bhadra Resettlement 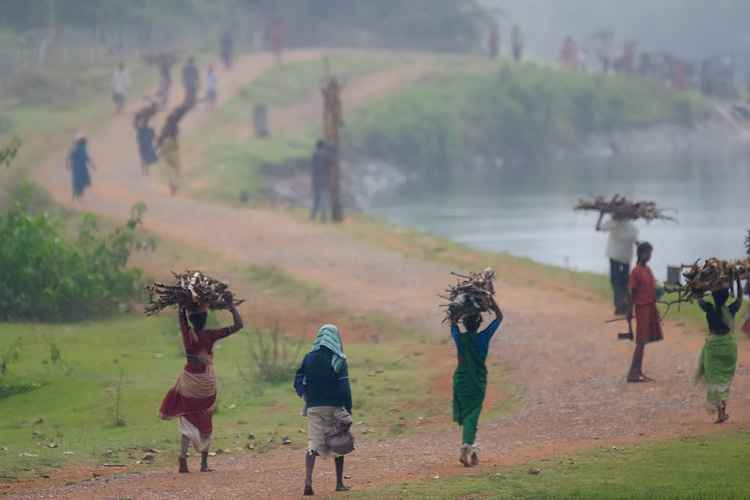 Ramki Sreenivasan
Wood consumption for firewood ranged between 2000-22000 kgs/week across villages in Bhadra, prior to resettlement.

Relocation and resettlement of people from protected areas remains a controversial issue in the conservation community. A study by Krithi K. Karanth published in the journal Biological Conservation (2007), based on a survey of 419 resettled families, examines resettlement from Bhadra Wildlife Sanctuary and Tiger Reserve, documenting the process, its opportunities and challenges.

After relocation: Positives and Negatives

Resettlement in India: Beyond Bhadra

Overall approval for the project in 2002 was 71% and this decreased to 52% in 2006.  The potential reasons for this include missing households during the time of the second survey,  people in Kelaguru taking longer to re-establish themselves, and
Inability of one question on satisfaction to capture all the positive aspects of this effort.

Reasons for success include no forcible eviction of people and consensus building due to the active involvement of local NGOs, forest and revenue departments in the planning and execution of the project. Other reasons include equitable land tenure, fertile land and good facilities provided. People were actively consulted about their needs and several facilities were provided (water, electricity, schools, health care etc). The involvement of local NGOs was critical to ensuring that the governmental agencies delivered on their promises. Culturally people were non-tribal groups and recent migrants who were able to adapt quickly to their new environment.

In 2005 following the recommendations of the Tiger Task Force report, conservation resettlement has emerged a major policy initiative of the Indian government. There is now a major central government initiated effort along with the introduction of a substantial financial package (Rs 10 lakh per household) to relocate and resettle thousands of families from several protected areas across India particularly tiger reserves and critical wildlife habitats. These new efforts will affect tens of thousands of people. Therefore, there is urgent need to examine and assess if and when resettlement should be done, who should be involved, and how should it be implemented. The success in Bhadra is often cited as an “exception” and different from all other resettlement efforts (Gir, Kanha, Kuno, Sariska) in India. However, this need not be the case.