Flamingos of Sewri get a respite

Neha Sinha
Flamingos in the Sewri mudflats in Mumbai 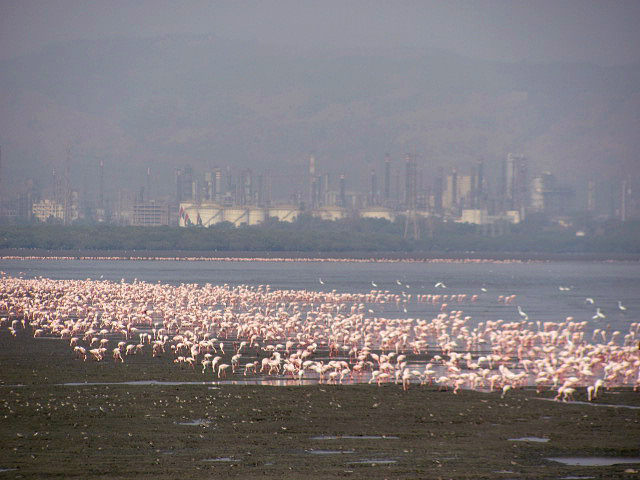 Mumbai. A March afternoon. The din of cars, and the hot cloying air of the city. And then, we reach the mudflats of Sewri in South Mumbai. We are, suddenly and unexpectedly, looking at a lattice of pink, scarlet and white. 10,000 Lesser Flamingos, feeding calmly. Like ballerinas, they shift their wings and legs, suffusing the air with elegance.

The noise of the city becomes distant. At the mudflats of Sewri in South Mumbai, this Spring, the Lesser and Greater Flamingos were doing what they do each year: filling a polluted spot of the city with life.

Of all the places on the West Coast, why do thousands of Lesser Flamingos choose Mumbai?

But before we ask why birds choose the most seemingly incongruous landscapes, there is an even more important question to ask now — can Mumbai and Flamingos co-exist?

More than a decade ago, the Bombay Natural History Society heard of plans to construct a Trans Harbour Link at Sewri. In it’s proposed form, this massive road, connecting Nhava Shava and Sewri, would effectively rip through the mangrove and mudflat habitat that the Flamingos wintered at each year.

It has been an eventful decade of letter writing, meetings with civic authorities and advocacy. Of the many ideas and protests that were made against the project by citizens and NGOs alike, the most unambiguous idea that BNHS stood for was that the Mumbai Trans Harbour Link (MTHL) should be re-aligned 500-700 metres South of the proposed construction site. This would prevent the total destruction of the Sewri mudflats.

Many meetings later, we were told by the civic authorities that ‘concerns’ for Flamingos would be taken care of. But how was this to happen? In its proposed form, there was no way the project could avoid destroying the living heritage of Sewri.

In 2004, 466 Important Bird Areas (IBAs) were identified nation-wide by BNHS and the Indian Bird Conservation Network (IBCN). This was the culmination of several years of research and field inputs (Islam and Rahmani, 2004); the exercise put sites which are essential for persistence of bird populations on the conservation map. The Sewri mudflats, which get more than 20,000 birds a year, was also designated an IBA.

Human clearances for birds: from ‘poor’ ecology to biodiverse

The MTHL proposal in its present form is based on an Environmental Clearance (EC) granted in May 2005.

This year, a concerned citizen, Dileep Nevatia, put in a petition in the National Green Tribunal challenging the project on the basis of this obsolete EC.

In a response, project proponents claimed that Sewri had ‘poor’ biological diversity and ‘stunted’ mangroves.

Poor bio-diversity? This untruth co-related with the idea of mudflats, which look monotonously gray and brown, as ‘mudlands’ or ‘wastelands’. The idea of mudflats as wasteland has special currency amongst development projects. (We’ve seen a similar case with Nirma wetlands, neatly classified as wastelands by the state and project proponents). This also leads us to a secondary problem- inter-tidal mudflats have nearly no representation in our protected area system. We decided to provide the facts from years of research, to the petition.

Ten species of mangroves have been identified in this area. Other fauna includes 28 species of butterfly, 9 species of reptiles and 9 species of crustaceans (Islam and Rahmani, 2004).

The National Green Tribunal (NGT) admitted the petition this year, corroborating that this was an issue with a ‘substantial question to the environment’. In July, it ruled that the EC was outdated. It has said MTHL construction cannot take place without a fresh EC.

It is all too easy to pitch this as a battle between birds and development. And indeed, several claim, as always, that this case is holding development back. But that is a simplistic way to look at this issue. With careful thought and re-alignment before development takes place, a Harbour Link and Flamingos can co-exist.

Whether we love or loathe Flamingos — and the biodiversity they are unerringly the indicators of — this is about saving entire populations of birds. Populations of birds, which choose Mumbai, despite the city’s oddities. 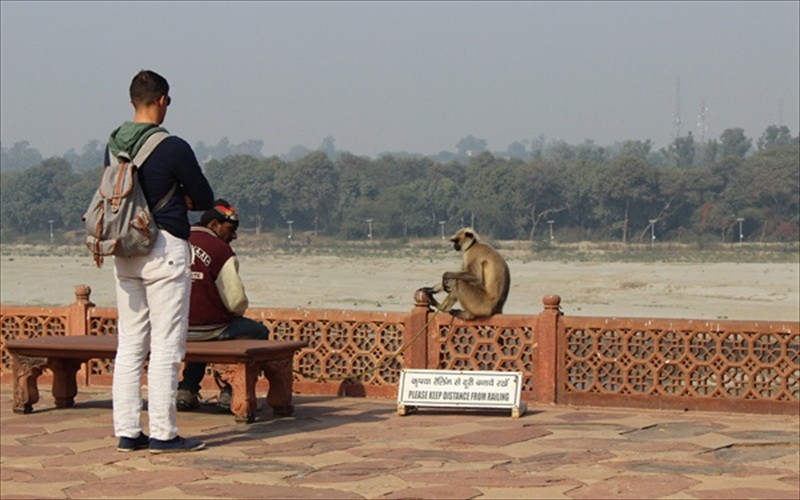