Q: I wanted to bring to your notice the news that a leopard family (mother & 3 cubs) spotted in Karnataka near Kolar (70km east of Bangalore) at Danmatnahalli on 28th Oct 2013 (being tracked for the past 2 days by the forest department). I also want to bring to your notice that the leopards in Kolar district had a peaceful existence before independence and we can read many instances that they existed peacefully with humans in Kenneth Andersson’s writings . So I guess this is a natural occurrence and an opportunity for the forest department to conserve this gene pool of leopards in Kolar. We should try to find a reserve (if translocation is tried) that has deer (natural food for leopards) somewhere in Kolar district, we may consider the forests near Kolar Gold Fields surrounding the Kolar – Bethamangala road and behind BEML Nagar in KGF, where the deer population has increased greatly and has already started to bother the surrounding farmers by raiding their crops, so this is a good solution and this also can be a great thing for the district ecology. I would request CI to help me bring this to the notice of forest officials in Karnataka.

As you point out, it is well known by now that a lot of wildlife exists outside protected areas and in human-use landscapes, with leopards being one such adaptable species.

If, as you say, the leopards are already living in human-use landscapes without a problem, why do they need translocation? Also, considerable experience has shown that translocation does not work. When translocated, animals that are territory holders move across large distances to go “back” home (younger animals might stay near the areas of translocation). Furthermore, the areas that are opened up by the removal of the trapped animals are known to be filled in soon by other dispersing animals. So removal of leopards from an area really does not solve the problem.  RFOs who have been trapping leopards in their area will tell you that even after trapping and releasing a leopard far away, a leopard is once again seen in the same area, indicating that “removal” does not help in the long term.

You point out that the deer population has increased greatly and is bothering farmers. It would be useful to have a scientific assessment done of the same. Also it should be remembered that crop depredation and livestock depredation have been around for as long as domestication of plants and animals have been done by humans. It should also be remembered that people have devised traditional methods of dealing with both situations, and this needs to be used in order to reduce crop damage and livestock losses. However, it is crucial to have good information on social and economic factors surrounding livestock and crop depredation (with the ecological information) because just carrying out adhoc methods when you really do not know the reasons for the “conflict” is unlikely to help and might even worsen the situation. 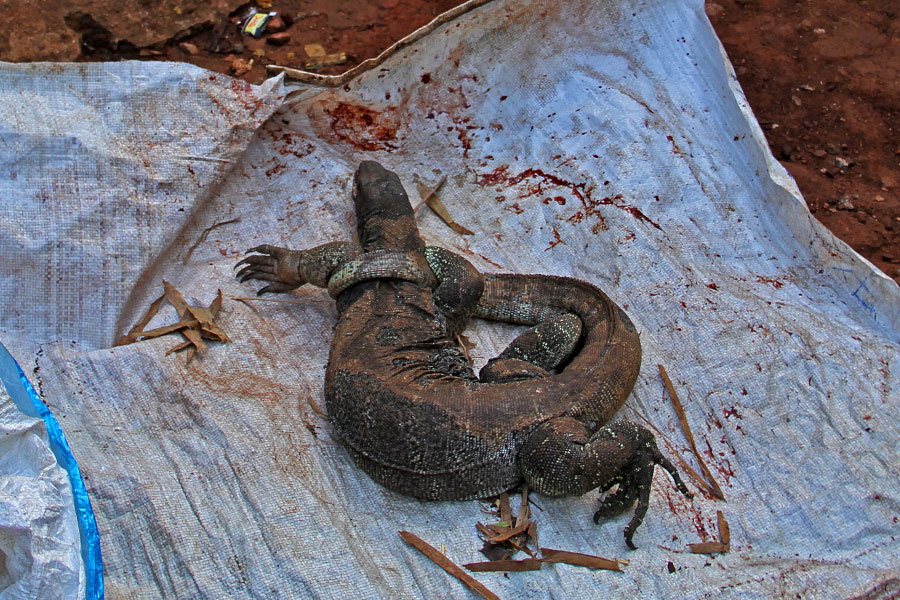