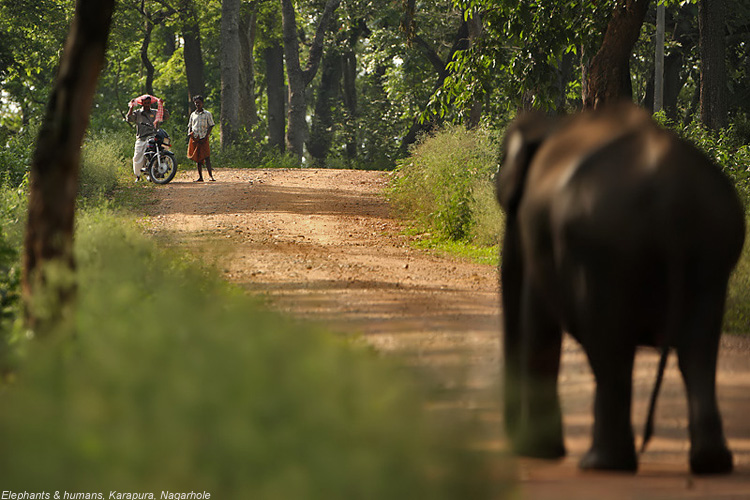 How do we conserve wildlife outside of reserves and protected areas?

The elephants stood at the stream’s edge. As the adults drank in measured trunkfuls, calves gambolled in the water. Just above them, on the slope, a large sambar stag emerged silently from the undergrowth. From a cluster of trees above came the scolding call of a giant squirrel, as a troop of Nilgiri langur foraged in the canopy. Just as we were slipping into a reverie, imagining ourselves in pristine wilderness, a woman called loudly to her children playing nearby as she washed clothes outside a neat row of houses, a mere hundred metres upslope of the elephants.

This vignette, from the Anamalai Hills of southern India, is not all that unusual. Across large parts of our country, a wide range of species still occur outside the confines of wildlife reserves, and even in the middle of busy, human-dominated landscapes. This is possible because a variety of natural and human-modified habitats—forest fragments, coffee plantations, orchards, paddy fields, marshes and lakes—still exist outside our reserves. These habitats may offer permanent residence for smaller creatures, whereas larger species may use them as passageways to move between wildlife reserves.

But the size, location and status of these habitats that lie outside reserves often belie their importance to the survival of endangered animals. This is so for many reasons. Firstly, our wildlife reserves, crafted more by circumstance than by design, look like islands when seen on a map. But not long ago, wild animals occupied vast unbroken stretches of habitat—the Western Ghats that run across five states is a good example—and have evolved to move and migrate across such large landscapes. Today, some of the bigger species such as elephants, marooned in small, insular reserves, still seek ways of moving between them. Smaller species like jackals and mongooses, once forest dwellers, now live rather successfully near agriculture and on the edges of villages and towns.

Without this scraggly patchwork of habitats outside reserves, the movement of large animals, as well as the persistence of smaller species would be seriously hampered. Our wildlife would be restricted to the isolated reserves that occupy less than 4% of our country. Unable to move between these islands, they would be greatly affected by seasonal scarcities of food and water. Worse still, if a disease were to wipe out a species from one of these wildlife reserves, we might lose it forever.

How have these slivers of habitat and the animals in them managed to persist? One of the key factors that allows our wildlife to roam fearlessly outside reserves is that Indian law protects the species, rather than just the places they live in. Thus, unlike elsewhere in the world, they cannot be hunted or killed even when they leave wildlife reserves. Beyond the law is the cultural willingness among many communities to coexist with wildlife. The survival of wildlife outside reserves often has more to do with the tolerance of local people than the exertions of our conservation agencies. Thirdly, our agriculture, often even for commercial crops, is practised without the creation of vast, sterile monocultures. A diverse matrix of crop species interspersed with forest remnants and fallow lands have ensured that many of our cultivated landscapes still remain wildlife-friendly.

Conservation today continues to focus its efforts on wildlife reserves, but clearly, it is high time we embraced the ecological landscapes that animals recognise rather than imposing our administrative landscapes on them. And to secure a little more space for wildlife outside our reserves is but a beginning.

Co-authored by Pavithra Sankaran who is with Nature Conservation Foundation (NCF), Mysore. 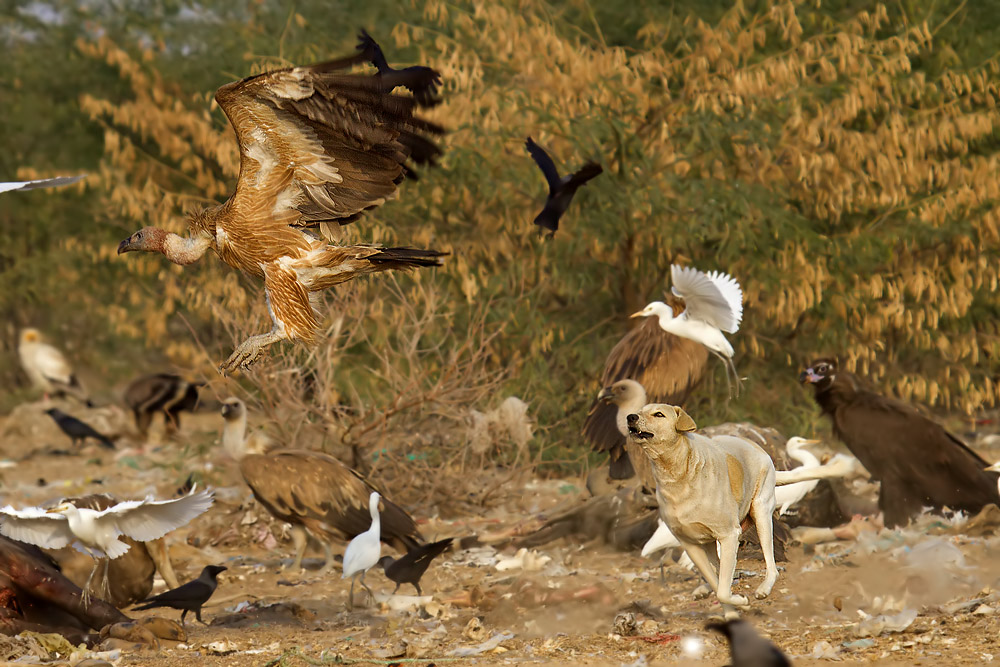