Whale and Dolphin Surprises in Goa 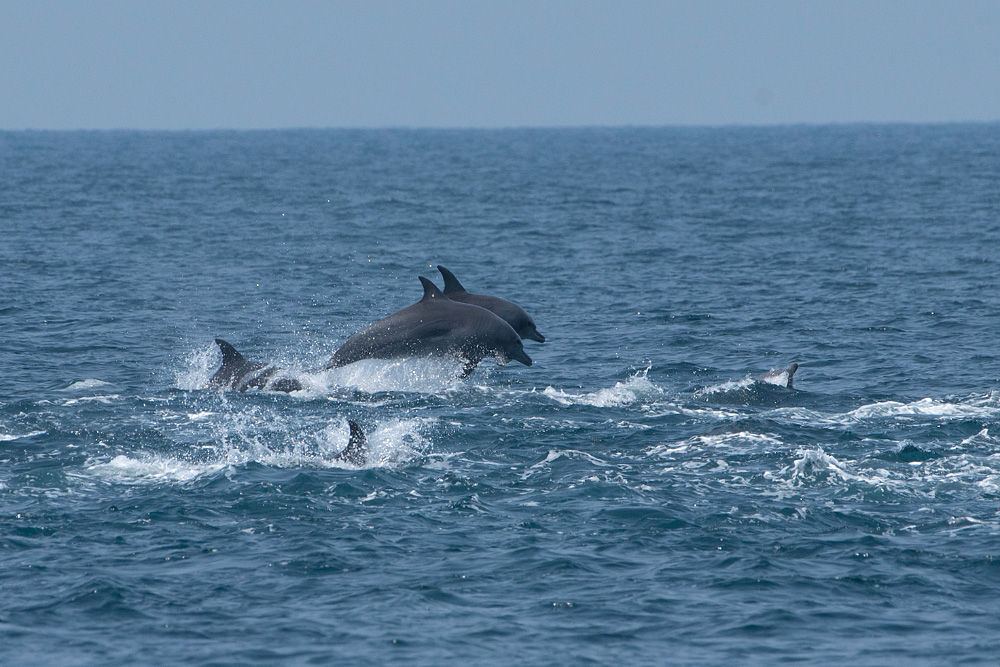 Omkar Dharwadkar
Hundreds of dolphins were travelling in a ‘lateral line’ – a very unusual pod size and behaviour observed rarely in this species.
Bryde’s Whales 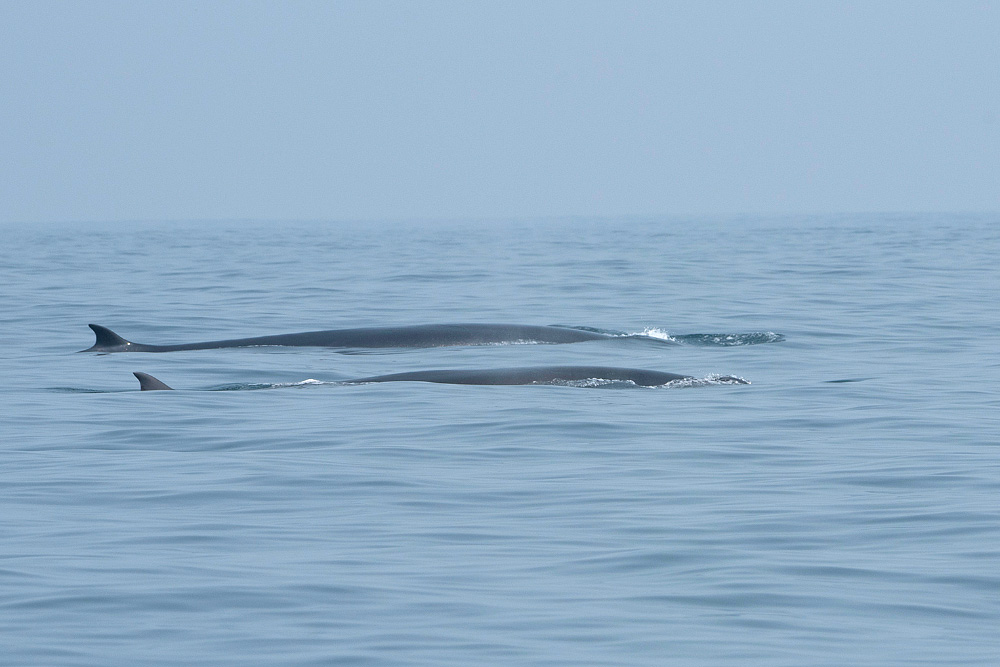 Omkar Dharwadkar
The huge spout and a large dorsal fin turned out to be a pod of Bryde’s Whales.

A group of us ventured out to sea off the coast of Goa on a fishing trawler for a full-day survey of pelagic birds. These birds spend most of their lives out at sea, living a solitary life, and visit certain islands only during breeding season. We started our explorations in Goan waters in 2017, but our last two trips, on 14th and 21st October, 2018 were exciting and memorable for a completely different reason.

We usually start off by 6.00 a.m., so as to sight birds that are still resting on the water. On 14th October, mid-way through the trip, we spotted a huge spout near the horizon and asked the boatman to move towards that direction, thinking that it might be a pod of dolphins. As we moved closer to the spot, we spotted a large dorsal fin and an even bigger spout this time. It turned out that we had stumbled upon a pod of Bryde’s Whales (Balaenoptera edeni). All of a sudden, multiple individuals began to appear closer to the boat, and at one point six of them broke the smooth surface of the water together – a mesmerising and calming sight at the same time. All the whales seemed to be travelling at a constant speed. Bryde’s Whales (pronounced “broo-dess”), have been spotted off the coast of Malvan, south Maharashtra, and off the coast of Karwar, Karnataka. The whales we sighted could be part of a resident, west coast population of Bryde’s Whales. Identifying individuals on the basis of marks and cuts on their dorsal fins could help answer this question by comparing these whales with catalogued whales in neighbouring waters. While we were with the whales we did not see them foraging, although the west coast is known to be rich in sardines and other preferred prey. We look forward to more such sightings in the offshore waters of Goa.

On yet another bird watching trip on 21st October 2018, while about 50km from shore, we came across a super pod of Indo-Pacific Bottlenose Dolphins (Tursiops aduncus). A wall of dolphins was travelling together in a ‘lateral line’ – a very unsual behavior observed rarely in this species, according to cetacean specialist, Dipani Sutaria. Were they behaving in this way because of the presence of killer whales in the area? Or were they on a routine migration somewhere? There were adults, sub-adults and juveniles amongst the hundreds of animals sighted. As they came closer to our boat, a few individuals explored around us and swam under and around the boat, before rejoining their aquatic procession. It was one of those incredible sightings that our team is still trying to get over.

During our eight-day period of exploration our bird highlights included a couple of lovely Swinhoe’s Storm petrels and a lone Flesh-footed Shearwater. Clearly, the ocean has much to offer, if we are patient and watchful. Goa must do all it can to preserve its marine wonders. Our expeditions show that pelagic birders can also help fill the gaping void in marine mammal research in India.

With inputs from Dipani Sutaria.


An engineer by profession, Omkar is one of Goa’s finest naturalists. He is the President and founder member of the Goa Bird Conservation Network (GBCN) and a naturalist and partner at Mrugaya Xpeditions. 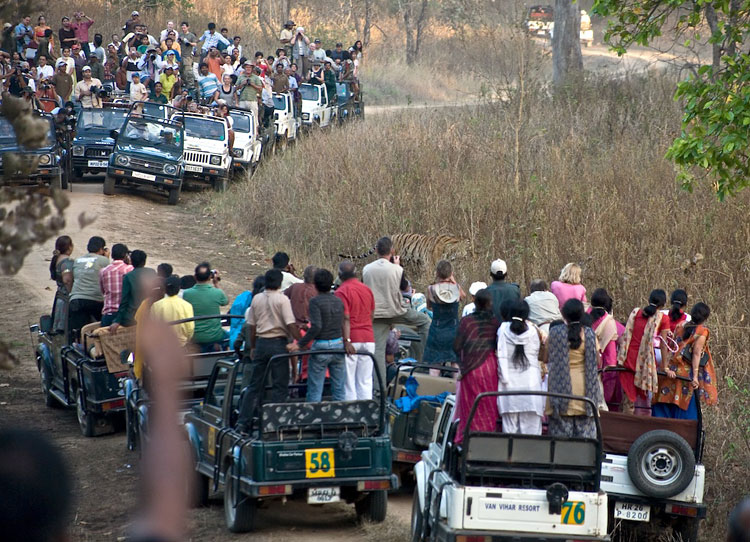