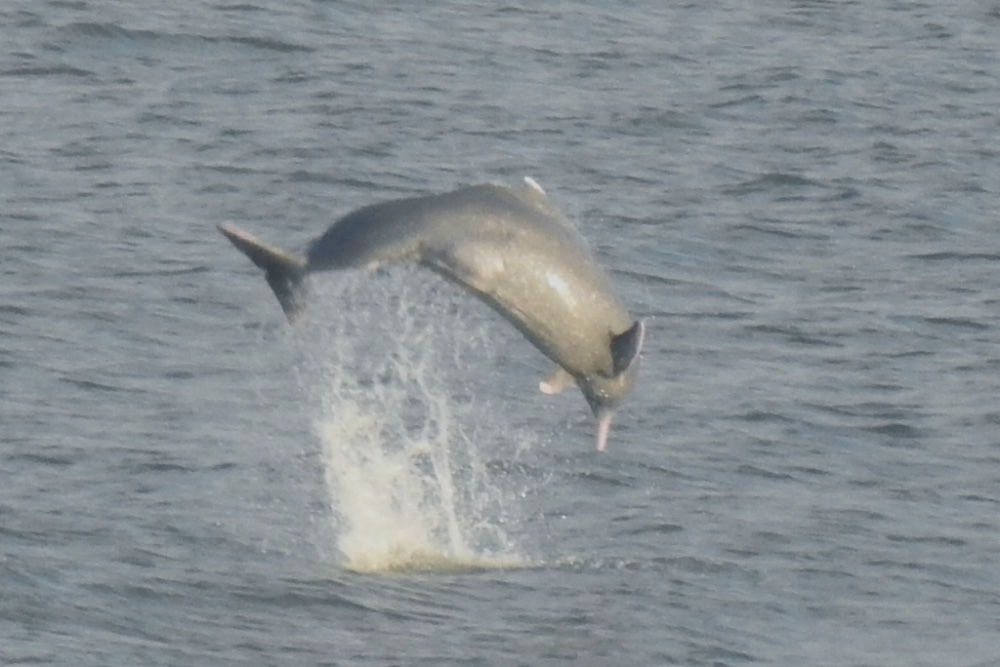 Darshan Khatau
The dolphins are highly acrobatic, breaching, spy hopping and porpoising, showing how relaxed they are in these waters.

To be able to observe dolphins from one’s balcony or from shore is a possibility for most of us in Mumbai. There must have been a time when Indian Ocean Humpback Dolphins (Sousa plumbea) roamed this coastal stretch in large numbers. Today they are scattered in small pockets, one of which is the bay off Raj Bhavan, Malabar Hill.

Other locations in Bombay, where these dolphins are seen is Worli, off Chowpatty in South Mumbai, Marine Drive, Sassoon Docks, and Alibag. When we were young we used to see them often; then we forgot about them; and now, I seem to be enamoured and addicted to seeing they are still here, trying their best to still call Mumbai their home. Over the last two years, I have been observing Indian Ocean humpback dolphins in the shallow waters of the bay overlooking Raj Bhavan or the Governor’s House off Malabar Hill. They make their presence felt late in the month of December till the onset of the monsoon. Documentation shows that dolphins use this space for foraging and socializing. We have seen a dolphin pod cooperatively foraging and chasing fish just under the waters surface; seen an adult and calf foraging together and seen intense socializing, mating chases, etc. in these waters too. The dolphins are highly acrobatic, breaching, spy hopping and porpoising, showing how relaxed they are in these waters. Often cooperative foraging involves chasing a school of fish towards the shore and then catching the fish underwater as they get trapped against the sand. The pod over two years has grown from 2-3 individuals to about 5-7 individuals including a calf. I hope the population keeps growing and reclaims the coastal waters of Bombay.

I am told by Dr. Dipani Sutaria, an ecologist studying cetaceans (aquatic mammals) for the last 20 years, that these very intelligent dolphins prefer shallow waters and estuaries, habitats less than 20 meters water depth. These dolphins are very clever, and often manage to extract fish from the gill nets and purse seines cast by local fishermen.

Indian Ocean humpback dolphins are social delphinids (oceanic dolphins) that live in groups averaging twelve individuals, although group size can be highly variable. The majority of their diet is composed of sciaenid fishes, cephalopods, and crustaceans. Being near shore cetaceans, living in close proximity to coastal development and its repercussions, they experience high rates of mortality due to anthropogenic disturbances such as fisheries entanglement, environmental pollution, habitat loss and noise pollution. The IUCN lists the species as Globally Endangered and the Indian Government plans to propose the species to be listed as Appendix I of the CMS (Convention on the Conservation of Migratory Species of Wild Animals) in the next meeting of the CMS Conference of the Parties (COP 13) to be held in February 2020 in Gandhinagar, Gujarat.

Unfortunately, the area where I see these dolphins almost everyday, living their life freely in the wild, is where the Maharashtra Government wishes to to erect a statue of Shivaji, over 192 meters tall. The project includes ‘reclaiming’ the sea of over 16 hectares, all this just 1.6 kms off the coast of Raj Bhavan and 3.6 km from Chowpatty with a project cost of over Rs.3000 crores. It is so amusing is it not? – Humans wishing to steal space from the sea and calling it ‘reclaiming’. The sea belongs to those who have evolved to live in it. Marine Mammals have evolved over thousands of years to breathe air like us but eat, mate, give birth and die in the sea. They must reclaim the sea and the coasts from us. Near shore waters are nursery grounds for most fish including sharks and rays. At least three species of cetaceans use only near-shore waters — finless porpoises, humpback dolphins and Bryde’s whales. The statue, if allowed, will not only totally negate the intertidal richness of Bombay’s shoreline, and nearshore species richness such as sea snakes, pelagic birds, turtles and coral reefs, but also greatly affect the future well-being of people who could have thriving marine life at their door-step. It has been proven that biodiversity in urban areas is related to mental well-being.

With inputs from Dipani Sutaria.


Darshan is an avid wildlife enthusiast who has has been mentored by K.M. Chinnappa and Dr. Ullas Karanth and has volunteered with the Center for Wildlife Studies (CWS) for close to 30 years. 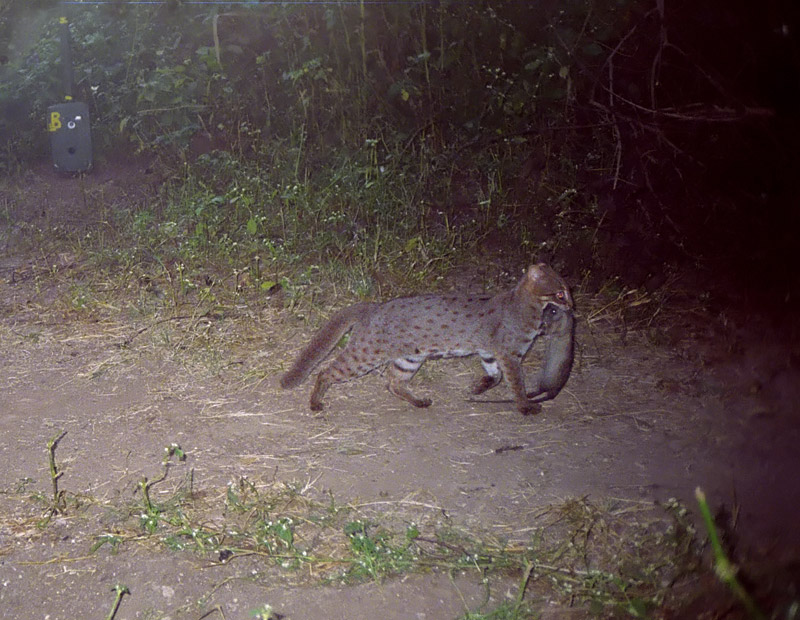