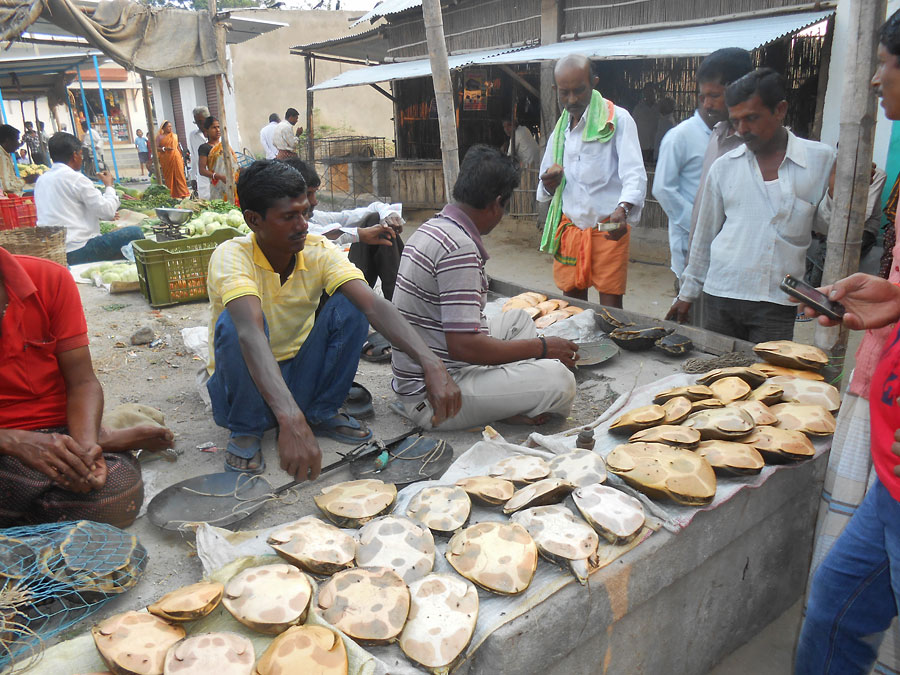 Forest officials along with Mr. Santosh Martin, Honorary Wildlife Warden of Bellary, raided and arrested several people in the notorious wildlife trading markets of Bengali camp number 2 in Sindh Anur taluk of Raichur district, who were poaching and selling hundreds of turtles and terrapins.

Martin informed Karnataka PCCF (Wildlife) Mr. Deepak Sarmah along with photographs of the thriving wildlife market and the PCCF initiated immediate action. Ms. Radha Devi, CCF Gulbarga and Mr Chakrapani, DFO Raichur sent forest officials in plainclothes and raided the markets and confiscated several gunny bags of turtles and terrapins meant for trade. The arrested poachers were produced before the District magistrate. The turtles and terrapins are in possession with the DFO Raichur and will be released back into the river later after the enquiry. In this raid a common species of softshell turtle (Lissemys punctata) and the Indian Black turtle (Melanochelys trijuga) were rescued. Turtles can easily dehydrate with prolonged exposure to sun and lack of moisture. Unless they are nursed carefully before release, they may not survive in the wild.

The Bengali camps are notorious for their wildlife crime and trade of many highly endangered species. The camp is situated near the Tungabhadra river and these people are experts in catching turtles and terrapins. The market in Bengali camp number 2 starts at 5pm with people selling their catch. Hundreds of terrapins and freshwater turtles are caught live and sold next to the vegetable market. The turtles and terrapins are sold at Rs. 100 a kilogram and people come from all over the district to buy these. They are displayed upside in the market down as turtles find it difficult to flip over onto their bellies and escape. Also, the larger softshell turtles are very strong and can easily bite off a man’s fingers. These people are experts in catching the critically endangered Giant soft-shelled turtles (Nilssonia leithii) which grows to almost 200 kilograms. The giant soft shelled turtles have been almost been hunted to extinction. Very recently, an individual was caught in a fisherman’s net by mistake, a sighting after 2 years.

These poachers are also specialists in trapping and hunting freshwater Smooth-coated Otters (Lutrogale perspicillata). For centuries, otters have been mercilessly killed for their fur, which is dense and very durable, so much so that furriers consider it the ‘diamond’ of the fur business.

People from Bangladesh who came to India after the Bangladesh war were given refuge by late Prime Minister Mrs Indira Gandhi in these camps. Bengalis consider turtle meat a rare delicacy and it is specially sacrificed and consumed during the Kali puja at the time of Diwali. It is the softshell turtles that are most sought after for their higher meat content. Some people also consider the meat to be an aphrodisiac. It is often used in oriental medicine to treat sexual disorders.

Freshwater turtles in India are already severely threatened by habitat loss, dams and pollution. Added to this the rampant illegal hunting and smuggling of these species from many states of India for both local consumption as well as a booming international market in southeast Asia have decimated populations of Indian turtles.

Forest Department has been vigilant in many parts of India. Turtles being rescued from smugglers is frequently in the news recently. Conservation India is compiling an article that highlights this trade at a national level.

With inputs from Vishnupriya. S, an alumnus of the MSc. Wildlife Biology and Conservation Program (NCBS, WCS-India) and currently works with the Centre for Wildlife Studies, Bangalore. 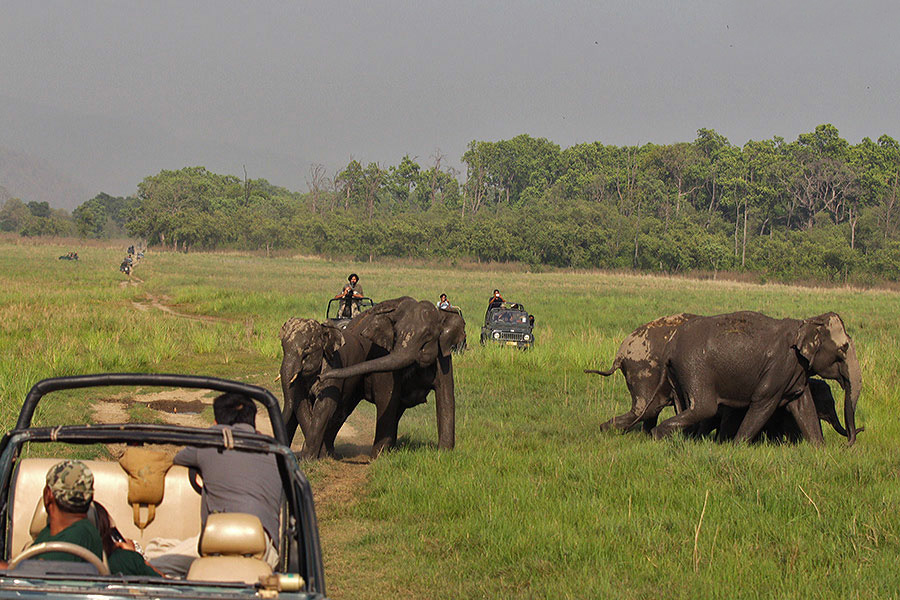