People from all walks stood in solidarity when there was news about an FIR filed against citizens protesting the three projects.

On April 7 2020, the ministry of environment and forests (MoEF) cleared three infrastructure projects during a standing committee meeting via video conference of the National Board for Wildlife (NBWL), namely:

This triggered a public outrage in the state with Goans highly concerned about the destruction of biodiversity, especially the felling of tens of thousands of trees.

The projects demand destruction and evacuation of areas outside the protected areas as well. These include lands within the declared Ecologically Sensitive Areas (ESA) of the Western Ghats, some rich forests and ancestral farms and ancient heritage homes. As a sign of things to come, a natural forest comprising 2670 trees was illegally cleared for an electricity substation connected with one of the projects. The total number of forest trees to be felled as per form II declaration by all pending 10 forest diversion proposals related to these projects across 377.891 ha in Goa is 100,249, bulk of which fall within the two protected areas. (The state government, however, claims the number of trees to be felled for all three projects is 68,814, which is undoubtedly substantial).

PROJECT 1: A new 400 kV line from Karnataka to Goa “to provide n+1+1 redundancy for Goa and meet additional demand.” 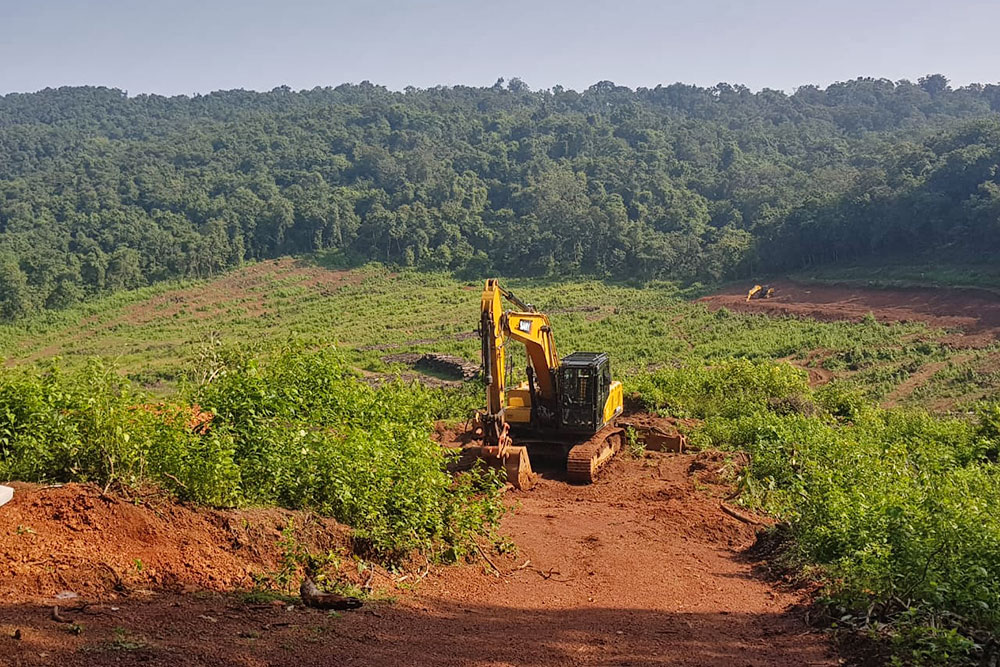 The deforested area in Sangod, with felling of over 2000 trees, at the proposed site for the 400kv substation.

Why it is not needed: Goa today has adequate power for at least another 5 years. According to a note on the Goa Electricity Department’s website, many of today’s problems are more to do with the power distribution infrastructure already installed in Goa. Goa can reduce or meet its power demand to a significant extent through a decentralised, progressive energy policy, but no efforts have been made. Further, a technically and environmentally superior alternative already exists (Kolhapur-Mapusa). However, the project proponents have deliberately chosen a new alignment that will cut through the most biodiverse part of Goa — a National Park, and a Wildlife Sanctuary, plus forest diversions outside the PAs for transmission lines. 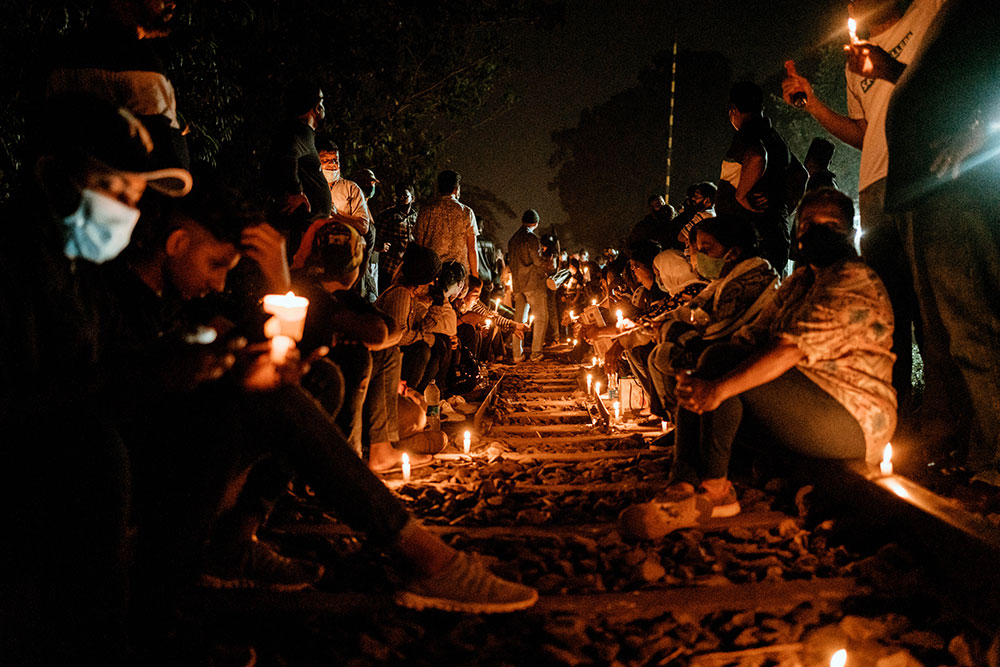 On 2nd November 2020, over 5000 Goans protested at midnight on railway tracks against Goa being turned into a coal hub and double-tracking of the railway line (Vasco to Castle Rock) © Chevon Rodrigues.

Why it is not needed: Goa has no pressing need or utility for the doubling of the railway line and citizens have repeatedly asked their elected representatives about the public benefit of these projects. Goa government (including the Chief Wildlife Warden) firmly opposed the proposal in a written note in 2013. Certainly, a new alignment that will cut through the most bio-diverse part of Goa — a National Park, a Wildlife Sanctuary and declared ESA of the Western Ghats under EPA 1986 — is wholly indefensible from all angles.

PROJECT 3: Doubling the national highway 748/4A from Panaji (Goa) to Belgavi (Karnataka) to increase capacity for goods (coal) traffic. 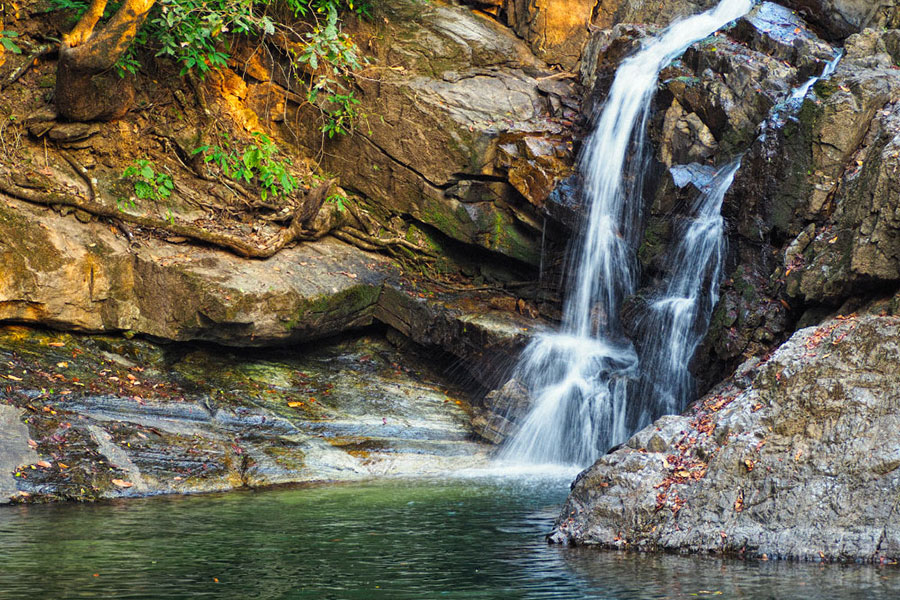 These three projects threaten Goa’s largest and oldest protected areas. Students have written to the CEC calling for these forests to protected as they are their natural laboratories and spaces important to their mental wellbeing.

Why it is not needed: There are 3 routes used for traffic between Goa and Karnataka. The Anmod segment is not preferred by travellers since it is the longest. The Travel and Tourism Association of Goa and more than 150 business holders have asked about the rationale of these projects, as they will affect tourism. The proposal is misnamed “road widening”, but involves a new alignment on viaducts in untouched sanctuary habitat. This is not acceptable as it leads to further destruction, disturbance and fragmentation of the sanctuary.

See documents on each of these projects (on the top right) for more details and download.

See below visuals created by students used widely for social media and protests (more on the Instagram feed: @mymollem.goa). 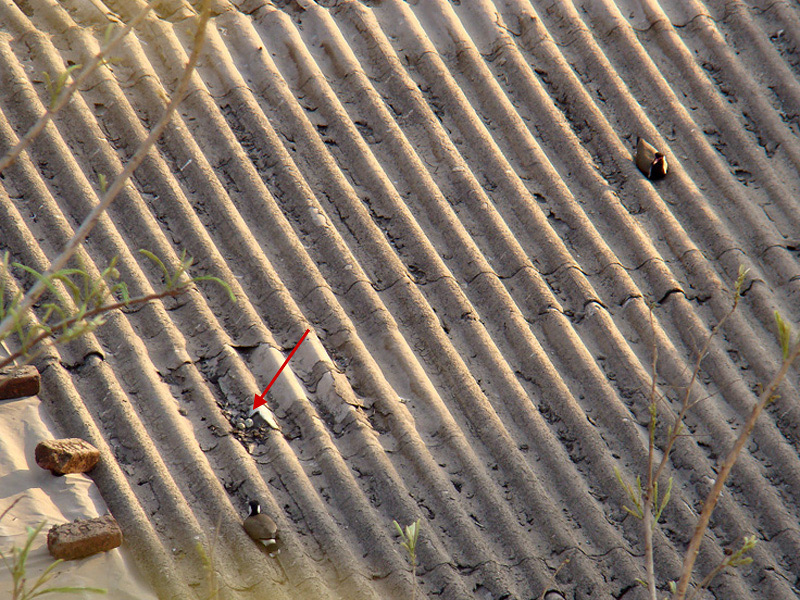 A Red-wattled Lapwing Nesting on a Roof, Mumbai