The Amur Falcon Goes to School! 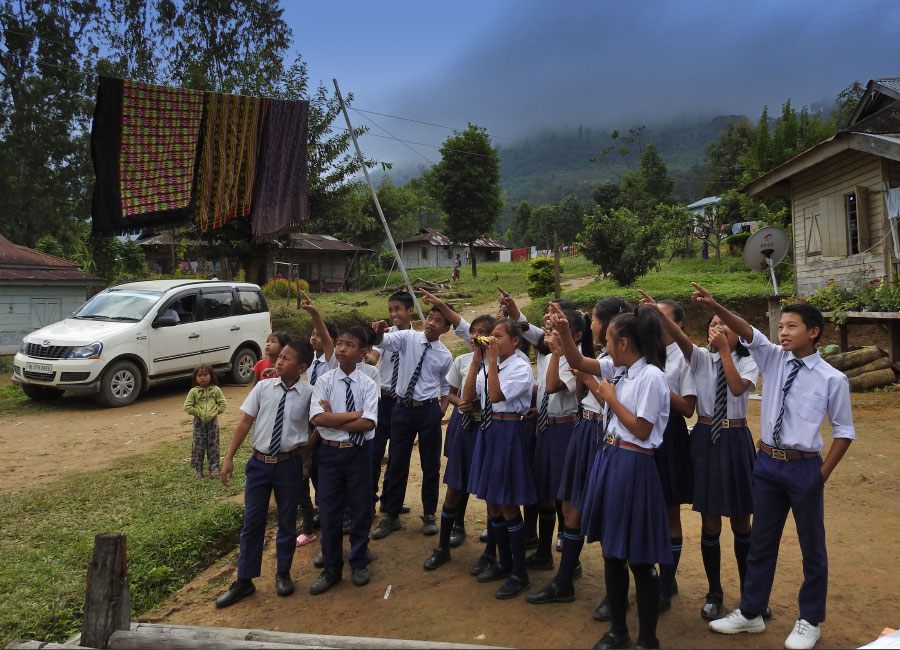 Neha Sinha
Credit for this change, goes in large part to children of Lilien and the surrounding villages.
A male Amur Falcon 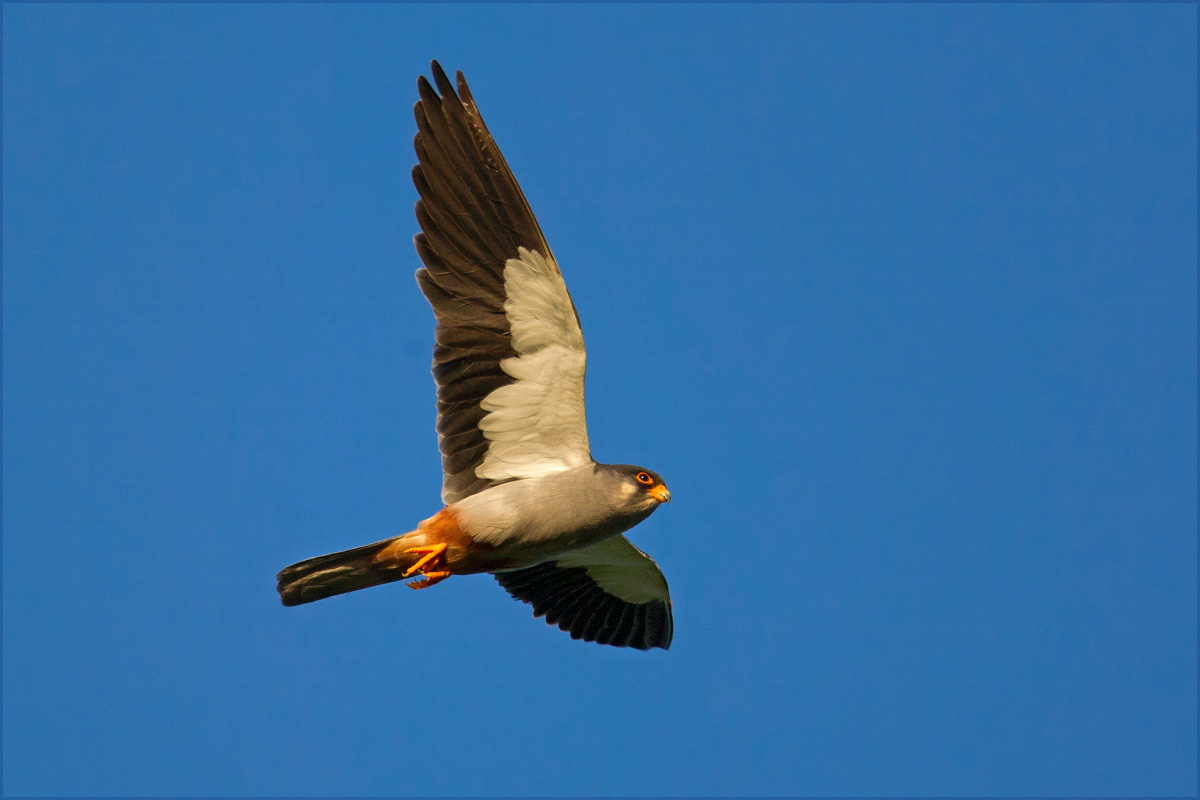 Ramki Sreenivasan
Amur falcons fly in clouds over the Indian Northeast, particularly Nagaland and Manipur, where they migrate to from Siberia and China.

Through music and dance, children in Nagaland are championing the cause of the little raptor.

On his way to school this October, 13-year-old Seiminlen saw a ngeikang. He told the school’s eco-club that the first Amur falcon of the season had been spotted. The children gathered outside their school to watch, trying to count the birds, listening to their high-pitched calls. They perhaps didn’t know it, but these children have been at the forefront of bird conservation in the remote, hilly reaches of Nagaland.

Amur falcons fly in clouds over the Indian Northeast, particularly Nagaland and Manipur, where they migrate to from Siberia and China. These birds of prey — not much bigger than a pigeon — transform the landscape: they descend on paddy fields and forests, shrieking, darting, diving, in pursuit of dragonflies and termites and other bugs that make up their entirely insectivorous diet. In Doyang reservoir in Nagaland’s Wokha district, more than a million Amur falcons gather, the largest congregation of falcons in the world.

This year, Doyang was designated an ‘Important Bird Area’ (IBA). The birds leave India around December, and fly over the Indian Ocean towards Africa. This oceanic journey, satellite tagged birds have revealed, is made without a stop — usually in five days flat. After wintering in southern Africa, the falcons fly back towards Siberia.

Seiminlen lives in Lilien village, swathed in forests, fields and criss-crossed by streams. To reach it, you have to cross the Manglou river, which swells after the rain. People carve houses out of wood and ply rather than concrete, and live in the veritable lap of nature. Nature is not always benign — the village is often lashed by heavy rain, its roads in a constant state of disrepair.

This village also happens to be an important pit stop for Amur falcons. But until not very long ago several villages close to the Doyang ‘Important Bird Area’ hunted the falcon for sport and for food. Hunting is illegal, but these areas have had established traditions of hunting. The hunts were often unsustainable — in October 2012, an estimated 10,000 birds were hunted every day, for 10 days, in Doyang during the migration season. Several hunted birds were discarded, and the forest department had to work round the clock to stop hunting through arrests and notices.

But there has recently been a game changer for the little raptor. And credit for this change, goes in large part to children of Lilien and the surrounding villages. Thanks to eco-clubs started by the Bombay Natural History Society and Nagaland Wildlife and Biodiversity Conservation Trust, students learnt to draw different kinds of fauna, look at wildlife around them, and most importantly, they learnt to name them. Soon, the children turned into advocates of conservation, especially of the Amur falcon. And soon, the attitudes of adults towards falcons changed too. The birds are no longer hunted in these parts: a sea change from previously held beliefs that Amur falcons came in inexhaustible numbers.

In particular, the maps of Amur falcon migration fascinated the children. Many learnt about Russia for the first time. And about Africa. When they saw the migratory path of the falcon, the bird became a hero. Then they learnt the names of the insects the falcon ate. Soon, the students organised little skits about the falcon, and performed them at their villages.

The explosion of performance, music and dance that exists in Naga life has now found expression in eco-clubs. In the Pangti eco-club, students have penned a song for the Amur falcon, on the lines of the choir songs they sing. Eco-clubs are also run in Ahthibung and Jalukie villages. Over the years, more than 300 students have presented at community events in the area. Sometimes it is a skit with song. Sometimes, it is a bamboo dance — where dancers hop nimbly between criss-crossed bamboos that are moved to the beat of a drum. Often, the students depict traditional village songs and dances with conservation messages woven in. In Kuki, and sometimes in Nagamese, their message is to ‘pray’ for wild birds.

“I used to eat Amur falcons. They were tasty. A bit oily, but tasty,” says a 12-year-old boy from Sungro, who, like many other students once carried a catapult to hunt birds. “But now I really want them to reach Africa,” he says. “I want them to eat termites in Africa.”

Read about the Amur Falcon story on CI’s campaign pages. 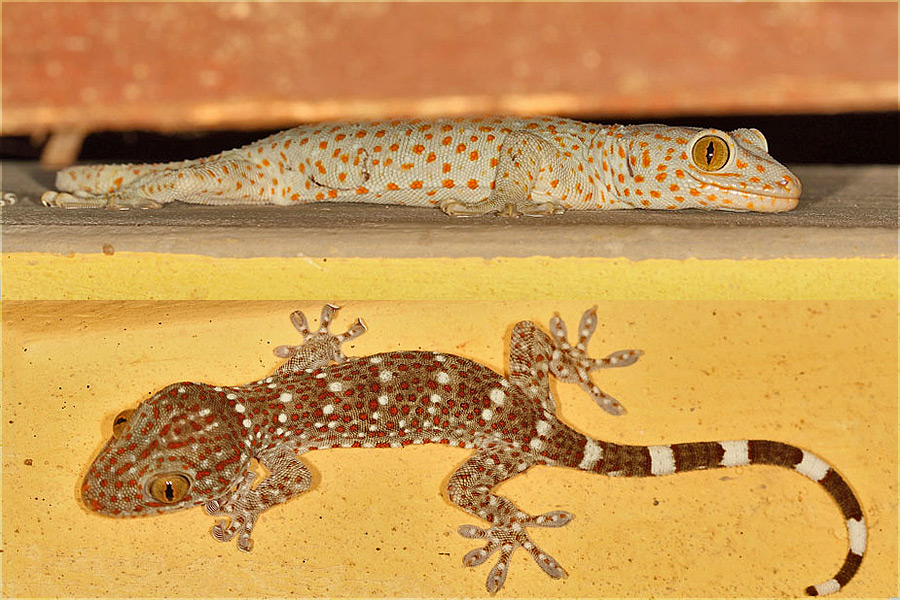