SC Notification for The Great Indian Bustard Sanctuary in Maharashtra

A Great Indian Bustard and an Indian Wolf in Nannaj 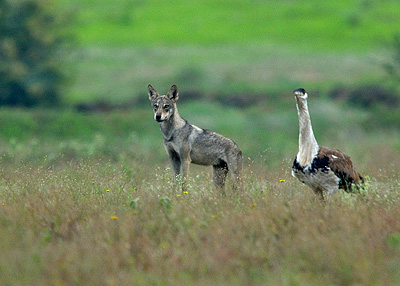 Dhritiman Mukherjee
In addition to Bustards, the sanctuary protects other rare wildlife like Wolves and Blackbuck

Finally, the Supreme Court (SC) has cleared the long-pending denotification of Great Indian Bustard (GIB) Sanctuary at Nannaj in Solapur district. From 8,496 sq km earlier, the sanctuary will now be restricted to 1,222 sq km.

The 8,496 square kilometres had seven taukas, Mohol, Mhada, North Solapur, Karmala, Nevasa, Karjat and Shrigonda. In September 2006, the SC had issued an order to the state government to form an expert committee to study the area and identify suitable land for the species.

Apart from field visits, the committee conducted scientific analysis using Global Positioning System (GPS), GIS (Geographical Information System) and remote sensing. The advanced technology helped in identifying a suitable habitat for the GIBs and associated grassland species like wolves, blackbucks, etc.. The report was submitted in February 2008, which was approved by two bodies, the Committee of Rationalisation under the Ministry of Environment and Forests and the Standing Committee of the National Board for Wildlife (NBWL).

This rationalization of the GIB sanctuary is very important and good not only for people but also for bustard conservation in the state. The size of sanctuary was irrational and impractical for field conservation as more than 97 percent land was private and offered no control over land use practices inside the sanctuary. The denotified area is of no use to bustards as it is completely under human habitation and cultivation.

Pune-based Dr Pramod Patil, who works for conservation of the grassland birds and also runs the GIB Foundation, hailed the court verdict. “While establishing the GIB sanctuary in 1979, it was a mistake by authorities to include such a huge area under the PA network. After the enforcement of wildlife laws became stricter, people started feeling the heat and the public opinion turned against GIBs, harming the cause,” said Dr Patil.

Due to rules and legislations under Wildlife Protection Act people were suffering as they were deprived of their basic needs, development, growth and employment.

Dr Patil added that now problems of locals will be solved. “A separate area for GIBs will help strike a balance between people’s needs and GIB conservation. Now, the department should focus on how GIBs should be conserved,” said Dr Patil.

A Conservation background of the Nannaj Bustard Sanctuary

Some of the areas like Nannaj 10 hectare (close to mardi 100 ha) and Karamba (close to Mardi 50 ha) were planted with exotic plant species like Gliricidia sepium kunth, Azadirechta indica Juss. Due to overgrowth of weeds like Hyptis suaveolens and Lantena camera, these areas were converted in to dense woodlands.

These recommendations were included in management plan of the sanctuary but nothing much was done for the management of grasslands in the Sanctuary. In March 2008 under the guidance of Conservator of Forest (Wildlife Division) Pune Dr. Y L P Rao. Total 25 hectares of land was cleared out of trees, of which 10 ha at Nannaj 10 ha area (near Kale Talav) and 15 ha at Karamba (near Mardi 50 ha). Trees like gliricidia, neem, and lantana were cut and then uprooted to prevent regrowth. Total 15,240 trees were uprooted from 25 hectares. Almost immediately post removal of trees and habitat restoreed to a grassland-like state, a male Bustard was observed in August 2009 (near Kale Talav).

Presence of 13 Great Indian Bustards (GIBs) was recorded at the Nannaj GIB sanctuary in Solapur district during the GIB census carried out by the forest department (wildlife) Pune on Sept 18th, 2011. The number of the critically endangered species at Nannaj was nine in the 2010 census, 21 in 2009 and 24 in 2008. No GIB was found in the nearby Rahekuri Black Buck sanctuary in Ahmednagar district and the GIB sanctuary in Karmala this year. 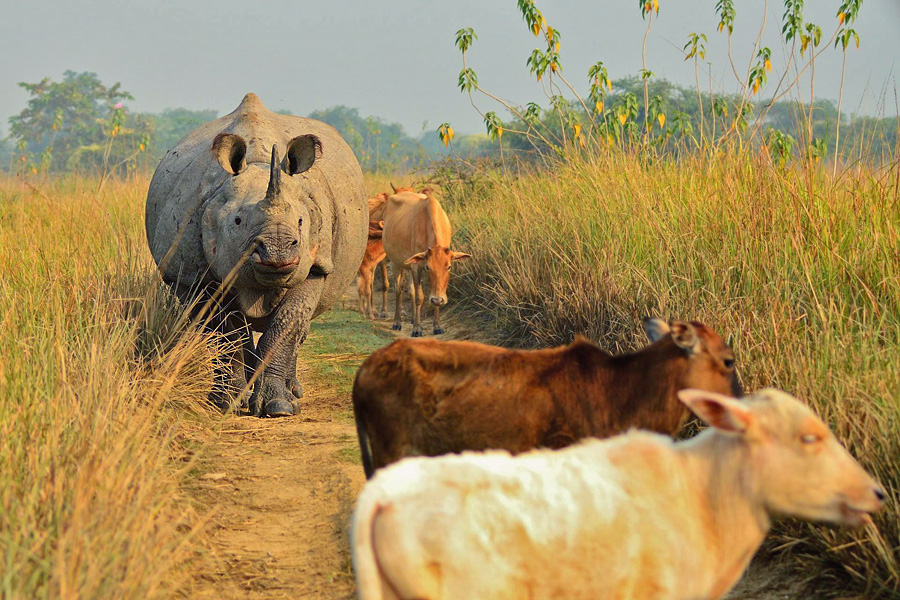