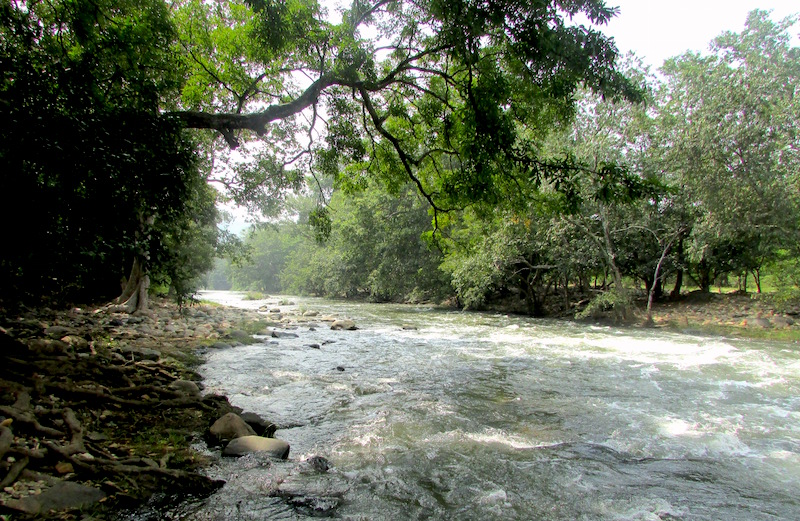 The extremely diverse Moyar riparian forest is undergoing gradual degradation owing to construction of hydroelectric projects on the river and its tributaries, pollution from the factory effluents, local tourism pressure, widespread agriculture and excessive use of pesticides.

With the new government have come new promises. With a new name of Ministry for Water Resources, River Development and Ganga Rejuvenation, can the rivers hope for a cleaner future?

India is home to 16% of the world’s total population, but has only 4% of the water resources sustaining the economy in terms of agriculture, power and biological productivity 1 . As a large part of the population is directly dependent upon rivers, it is all the more important to sustain clean water in them. However, are various methods of clean-up, including setting up of effluent-treatment plants and sewage treatment plants the only means to maintain our rivers? Why are we still ignoring the landscape perspective for managing rivers, and treating them as isolated systems?

Civilizations developed along the river banks. Forests were burnt in the river basins for cultivation. Later during the British rule, trees were cut down relentlessly and just floated downstream for shipbuilding and railways. Forests got cleared and submerged as large hydroelectric projects came up on the rivers 2 . The rivers had to bear it all as the country was developing. Presently, we should also be contemplating the consequences of river-linking projects which would entail more deforestation, enhanced regulation of water flow and unprecedented modification of the riverine landscape. The impact of water-intensive agriculture, altered riverine biodiversity and spread of invasive species owing to river linking could do us more harm than good 3 . We have now been driven to a tipping point; rivers are drying up or there are unprecedented flooding events; they are polluted to the extent of drains, and productivity and diversity have declined drastically.

Biological and habitat diversity and water quality of rivers are strongly influenced by land use in the surrounding area at numerous scales 4 . The forests alongside rivers, called the riparian forests, act as buffers to reduce the impact of anthropogenic disturbances on the river. The riparian zone represents a transition between the terrestrial and aquatic ecosystems and is influenced by both longitudinal gradients of variation like climate and elevation as well transverse gradients like flooding, groundwater availability and substrate texture 5-7 .

High rate of disturbance due to these variations results in high and unique biodiversity in this zone. Riparian forests provide food and organic matter for terrestrial and aquatic organisms, moderate stream temperature, filter out sediments, nutrients and pollutants, stabilize river banks, and function as a corridor for movement of animals. They also prevent erosion and floods, recharge groundwater and provide good quality water for drinking, irrigation and fishing 8-10 . Despite their immense ecological and economic significance, riparian forests are one of the most degraded and least managed in most parts of the world 11 .

A study in the Ganga river basin by the Forest Survey of India in 1995 showed that 85% of the basin was devoid of any forest cover 12 . While the headwater tributaries of the Ganga, like the Bhagirathi and Alaknanda still support a few stretches of good riparian forest cover, these forests almost disappear downstream 13 . This can be attributed mainly to agriculture, which has been the dominant land use in the Gangetic plains since centuries and has affected the natural cover in the basin and polluted the river. Further, regulation of rivers by construction of dams and reservoirs, logging, grazing, mining, water extraction and tourism have all harmed the riparian forests 14 . According to a study by Pandit and Grumbine 15 , around 300 dams proposed to be constructed and under construction in the high biodiversity regions of the Indian Himalaya are predicted to lead to the submergence of 54,117 ha of forests. Unchecked urbanization and agriculture in the Yamuna river basin and enhanced nutrient load leading to high biochemical oxygen demand have resulted in decline in base flow and degradation of habitats and water quality of the river 16 . This ever-increasing anthropogenic pressure on the most precious natural resource made us come up with a possible solution.

Care Earth Trust, Chennai, undertook a project along the Moyar River, which has fairly intact riparian forests. The riparian biodiversity along the Moyar was ascertained and an integrated conservation plan was made for the entire river course. River Moyar originates in the Nilgiri hills and traverses around 90 km through Mudumalai and Sathyamangalam Tiger Reserves before joining Bhavani River at Bhavanisagar Reservoir. It has a relatively well-preserved state of riparian vegetation, wherein more than 100 woody angiosperm species were recorded along the river, including many riparian species like Salix tetrasperma, Vitex leucoxylon, Vitex altissima, Walsura trifolia, Homonoia riparia and Phyllanthus polyphyllus. It was found that the Moyar riparian zone is home to rich biodiversity, especially threatened species such as the Asian elephant, tiger, gaur, feral water buffalo, marsh crocodile, otter, Indian rock python, vultures, etc. Nearly 120 species of birds were recorded along the river. The riparian vegetation was also found to sustain a nesting colony of the critically endangered Indian white-rumped vulture. Besides this, around 90 species of fish have been reported from the river.

In the past, extensive logging was carried out along the Moyar for construction in the Nilgiris and to meet the timber demands of Coimbatore and Tiruppur downstream. Further, Bhavanisagar reservoir, the second largest dam in Tamil Nadu after Mettur, is believed to have been constructed clearing large tracts of riparian vegetation. The present study showed that the extremely diverse Moyar riparian forest is undergoing gradual degradation owing to construction of hydroelectric projects on the river and its tributaries, pollution from the factory effluents, local tourism pressure, widespread agriculture and excessive use of pesticides. Hence a conservation plan for the Moyar River was developed through involvement of local Panchayats following a process of participatory assessments, training and capacity building. The outcome was the setting up of Moyar Conservation Brigade, which would undertake biodiversity monitoring including fishes, checking pollution, removal of invasive species, phased exclusion of floodplain cultivation, etc. Aiming for healthier rivers, this model can be replicated for different riparian zones to develop site-specific management plan through local participation.

River conservation cannot be viewed in isolation, as the riparian zone functions as a critical link between the terrestrial and aquatic ecosystems. It serves as an ecological corridor both between habitats and across elevation zones, and also as refugia protecting species against extreme temperature. This renders them as hotspots for adaptation to climate change in the near future 17,18 . Additionally, their close association with socio-economic development cannot be ignored.

Currently, the Indian Government policies and Acts mainly focus on maintaining water quality in the rivers, employing pollution abatement measures. Riparian forests are not under protection by law unless the rivers are flowing through Protected Areas. Nearly a decade ago, a background document for the proposed notification of river regulation zone was prepared for the National River Conservation Directorate, wherein establishment of river regulation zone had been suggested along the lines of coastal regulation zone 19 . However, this proposal never saw the light of day. Hence, the immediate prerogative of the new government apart from checking river pollution, should be to define the extent of riparian regulation zone and develop a management plan that integrates both riparian forest conservation and regulation of development activities like agriculture, forestry, mining, grazing and urban development along the rivers.

Acknowledgements: We thank Dr R. J. R. Daniels and Dr J. Vencatesan (Care Earth Trust, Chennai), for their valuable inputs. The discussion on Moyar is a part of the study titled ‘Building a grassroots constituency to conserve River Moyar in the Mysore– Nilgiri corridor’ carried out by Care Earth Trust and Arulagam, funded by the Critical Ecosystem Partnership Fund. 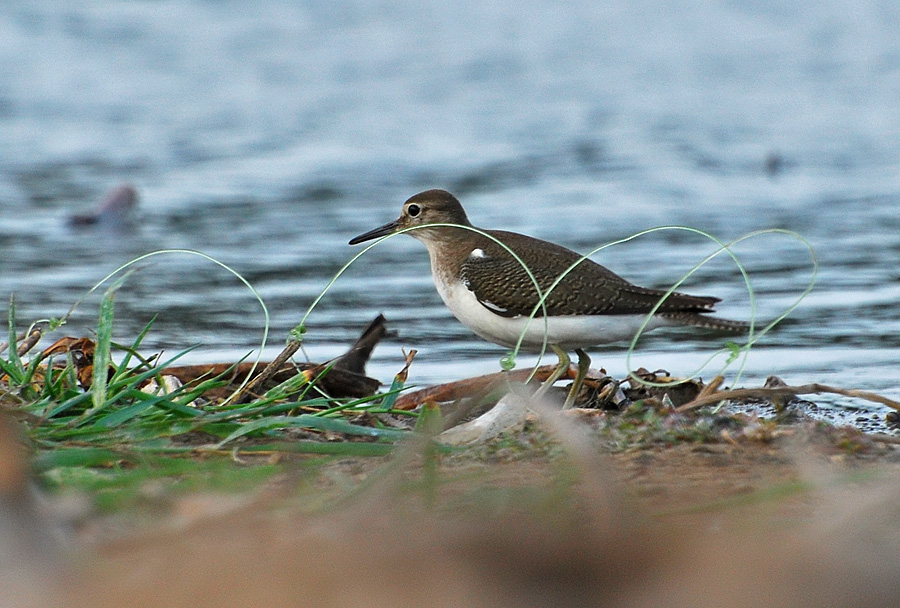