K. Ullas Karanth and N. Samba Kumar
A tiger at a waterhole 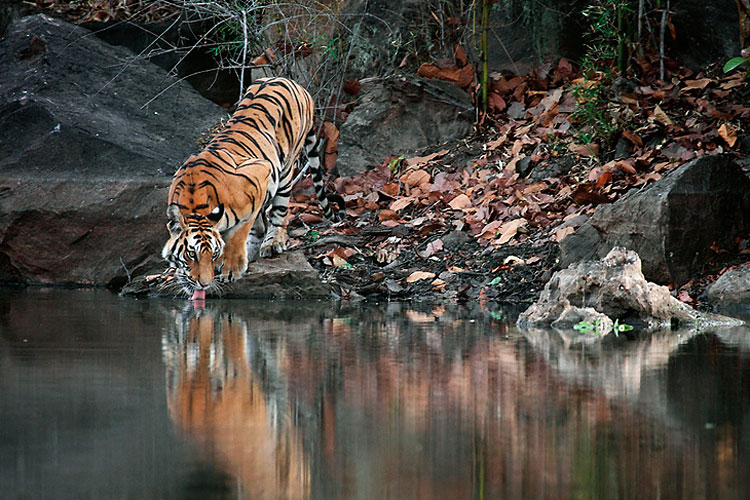 Sachin Rai
Unlike domestic animals, wildlife populations must undergo natural stressors like drought and disease to shape the evolutionary and ecological fitness of these populations.

A recent decision by the Karnataka Forest Department to replenish drying waterholes in Bandipur and Nagarahole Tiger Reserves with water brought in from outside using water tankers, has been opposed by several experienced conservationists, who have worked in these areas for several decades. Sometime ago, CI carried a letter to the PCCF (WL), Karnataka, from K.M. Chinappa, former Range Forest Officer, Nagarahole, and President, Wildlife First, and Praveen Bhargav, Trustee, Wildlife First. Here we present the views of Dr. K. Ullas Karanth and Dr. N. Samba Kumar, of the Wildlife Conservation Society (WCS), who have done rigorous scientific population monitoring of ungulate prey and tigers for over 25 years in this landscape.

Nagarahole and Bandipur reserves have attained high densities of tigers and other large mammals after 1974, owing primarily to the strict protection measures taken by the Karnataka Forest Department during the past decades. The overall densities of nearly 40 to 50 large herbivorous animals per sq km now observed in Nagarahole-Bandipur are among the highest ecological densities of large mammals in India.

These animal densities vary greatly within the 1500 sq km of Bandipur and Nagarahole habitats, from as low as 5 animals per sq km in the most dry forest parts to more than 100 animals per sq km in moister forest patches. The density in drier areas is generally lower due to lower forage ability during the peak dry season.

WCS’s long-term population monitoring data over the past 20 years (that includes many episodes of drought) indicates that the overall the population trend of ungulates in this landscape is stable, despite inter-annual fluctuations, primarily among chital.

One of the guiding principles of wildlife management in conservation areas is that the natural population dynamics of animal populations should not be interfered with. Wildlife populations are entirely different from domestic animals, which have to be fed, watered and maintained at economically viable densities through human interventions for human consumption. On the other hand, wildlife populations must undergo natural stressors such as droughts, disease etc. and should get impacted by cycles of lower survival rates and densities as well as increases in these. Successive and massive habitat modifications in the form of continually providing water sources over the past 3 decades have already caused huge unnatural interference in these natural population dynamics in Nagarahole and Bandipur leading to artificially high densities of some species and shrinkage of distribution of others. The current drought, cyclical flowering of bamboo etc. are natural evolutionary stressors that must now be allowed to prevail and shape the evolutionary and ecological fitness of these populations in these areas.

Thus, from an ecological perspective, we believe that there is no need to intervene in these natural processes of variations in mortality. Augmenting water supply of water tanks that have been artificially created through civil works in recent years is not necessary. Nor are measures like supplying forage and various other interventions one keeps hearing about.

A lot of amateur naturalists seem to be jumping on the bandwagon of “supplying water to wildlife” because of a lack of knowledge of basic issues. The facts are, that:

Unless careful scientific studies demand it, needless manipulations of habitat — particularly those that involve a massive amount of expenditure with massive potential ecological downsides that are unknown or unstudied — should be avoided.

K. Ullas Karanth and N. Samba Kumar
The authors are with the Wildlife Conservation Society (WCS). 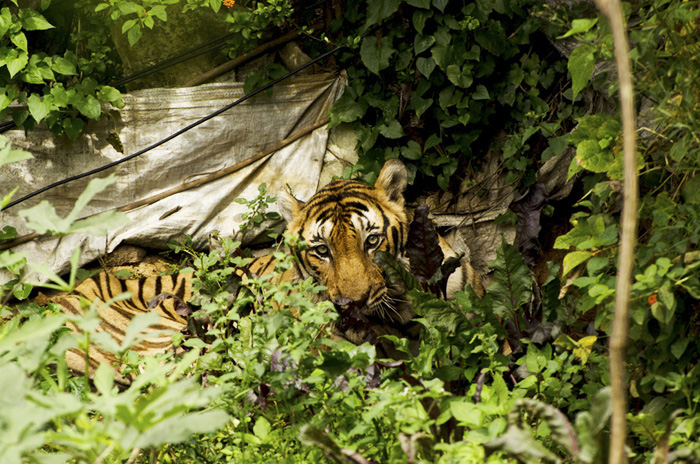