Available now: Marine Mammals of India – A Poster and a Field Guide 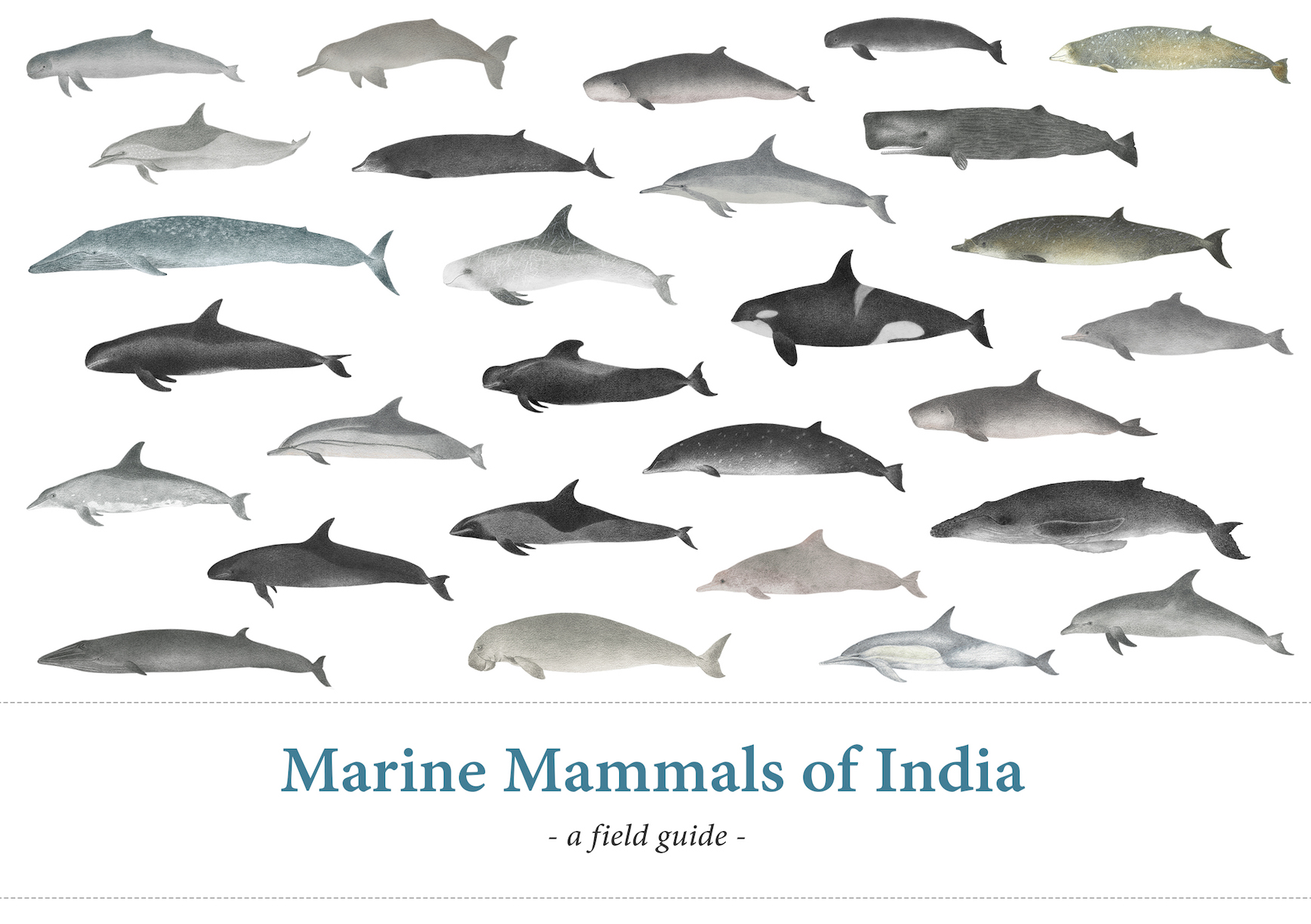 Did you know that humpback whales in the northern Arabian Sea do not carry out long distance migrations, but are resident on the continental shelf of the northern Arabian Sea? Or that Bryde’s whales and blue whales are common in our coastal waters? It is these matters of wonder – and a gaping hole in our knowledge about the marine mammals in our waters – that led Indian cetacean biologist, Dipani Sutaria, and visual artist, Pooja Gupta, to the create a poster, ‘Marine Mammals of India’, followed by a field guide of the same name.

Writes Sutaria, “It all started with an email from WWF-Hyderabad, requesting photographs of certain common marine mammals for their education material. At the time I had come across illustrations by visual artist Pooja Gupta, and I put the two together and suggested illustrations instead of photographs, so that the necessary features could be displayed correctly. Pooja worked with them and produced such beautiful illustrations that I suggested that we keep the ball rolling and make a poster showing the species reported from Indian waters. Luckily, we found independent funders who were willing to cover the cost of the artwork. Two renowned marine mammal experts  – Thomas Jefferson and Bernd Wursig – checked every illustration for accuracy.

It was about the same time that we had started exploratory work on the large baleen whales, and we realized that, at the field level, all the folks who come closest to whales  – fishermen, ship captains, dhow crews – revered the large whales as ‘dev maasa’, but knew very little about their identity or ecology. These sea-faring folks, and personnel of the Indian Coast Guard and the Indian Navy, could be our best marine mammal observers. Even on terra firma, every time there is a dolphin or a whale washed ashore, it is, more often than not, wrongly identified – not out of a lack of interest, but more because of the lack of information.

Some species are fairly easy to identify while others are not. For example, Bryde’s whales are easy, as they are the only whales with three ridges on their rostrum. But differentiating between the smaller delphinids may require tooth counts (along with morphometrics, if washed ashore in a highly decomposed state). Identifying sightings at sea requires a combination of features – patterns, colours, shape and location of the dorsal fin, shape of the melon, length of the beak, and so on.

In our little field guide, we have covered almost all the features necessary to identify dolphins and whales. The guide also provides details on data to be collected from whales and dolphins washed ashore. This data, once collated and compared, will be able to provide information on species diversity, distribution, mortality rates, evident external injuries – along with life history information on size at maturity, growth, sex ratios etc. The identification features for the guide have been collated from a range of books, as well as discussions with cetacean expert, Dr. Robert Brownell, but our primary source is the most recent book, ‘Marine Mammals of The world’ by Jefferson, Webber and Pitman, 2015.

At least 29 species of marine cetaceans (whales and dolphins) have been reported from India, as well as one species of marine Sirenian (the Dugong), and one freshwater cetacean, the South-Asian river dolphin. The poster covers only the marine species, in their preferred habitat and depth profiles, whereas the field guide covers all marine cetaceans, the dugong and the South-Asian river dolphin. While the field guide is primarily meant for people to identify the dolphins and whales that they see, or find washed ashore, we would love it if the guide and the poster can be disseminated to schools along the coast, to involve children in research and inquiry about marine wildlife.

Marine mammals are important indicators of ecosystem health, and have life histories that make them vulnerable to endangerment. Sudden changes in ecosystems, whether natural or due to development projects, can affect space use, prey availability, group dynamics, and the over-all health and survival of marine mammals. Research on marine systems and marine mammals is lacking in most coastal states, union territories and union island territories of the country. The work has just begun and hopefully we are not too late already.

Collaboration between the Indian Coastguard, Marine Police, Government and Non-Government research organizations, individual researchers, cargo shipping companies, fishing communities, dive companies and other tourism companies would enhance the scope and the robustness of marine research and conservation in India. Marine Mammal Observers on Oil & Gas exploratory surveys and Coast guard and Naval officers trained to record data from their vessels are two aspects of marine mammal research that we would love to see develop in India in the next few years.”

To order the poster or the field guide contact: dipani.sutaria<at>gmail.com or pooja.gpt.24<at>gmail.com

Cost of poster with shipping anywhere in India: Rs.1000

Cost of Field Guide with shipping anywhere in India: Rs. 600

You can read an earlier CI interview with Dipani here 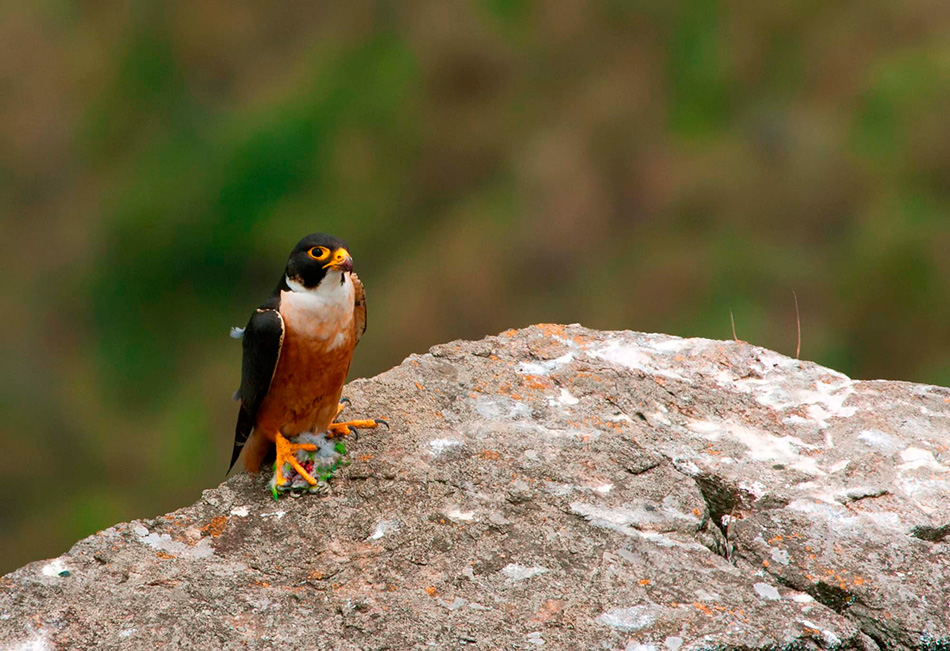