Leopards in Crisis — Learnings for Uttarakhand 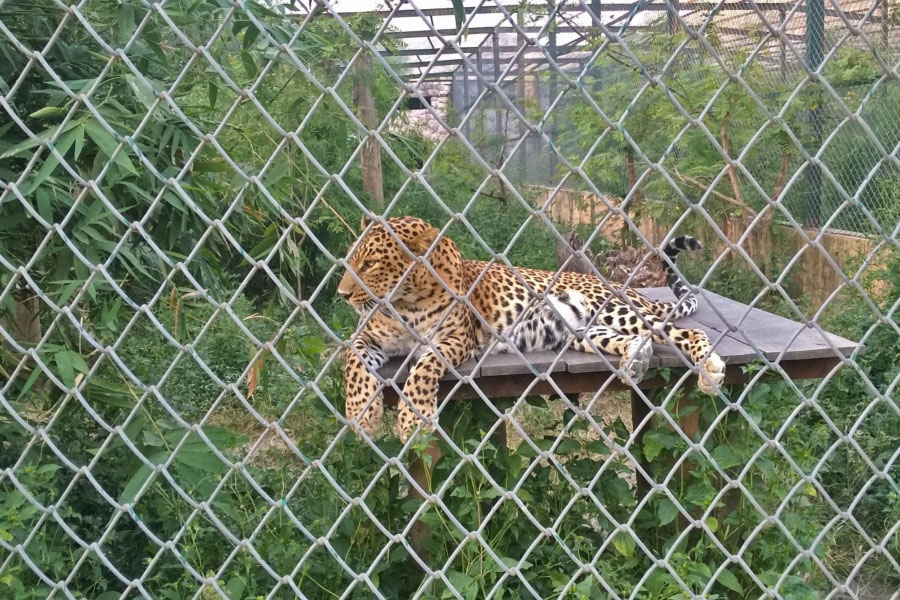 Sanjay Sondhi
"Problem leopards" are typically tranquilized and translocated to another forest -- this unfortunately does not provide a sustainable solution.
Children's Leopard Ambassador Program at Junnar 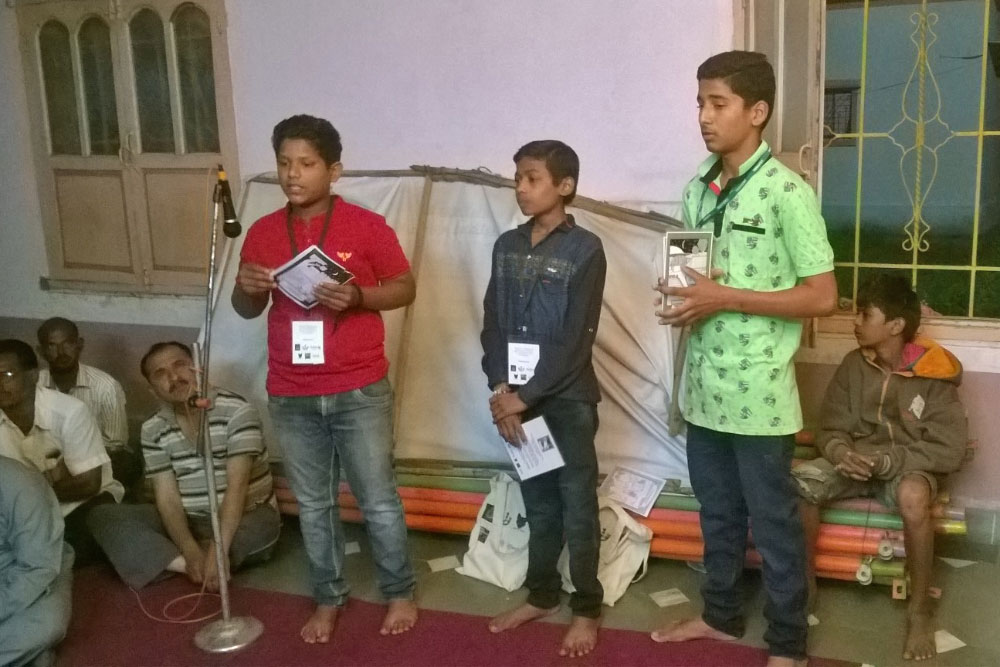 Sanjay Sondhi
This innovative program led by school children helped ease the impact of conflict on the ground as part of the year round sensitization amongst all stakeholders.

Not a month goes by without newspaper reports about the attack by a leopard or a tiger on humans in Uttarakhand, followed by days of reporting of the hunt for the cat, and invariably, ending with the capture or death of the unfortunate animal. In December 2016, the Uttarakhand High Court passed an order that leopards and tigers that have been declared man-eaters should not be killed, but should, instead, be tranquilized and translocated to another forest. While the order passed by the High Court is laudable and helps protect these large cats, this unfortunately does not provide a sustainable solution.

In 2013, frequent sensational reports on the leopard conflict in Uttarakhand led us to seek to understand this conflict, and look for solutions that were a win-win for everyone. It helped that an old friend of ours, Dr. Vidya Athreya from Pune, was one of the country’s leading researchers on leopards. Vidya has done pioneering work on the leopard conflict in numerous places such as Maharashtra, Himachal Pradesh and West Bengal.

A two-year study followed in 2014-15 where we sought to identify hotspots of leopard conflict in Uttarakhand, followed by an assessment of the perceptions of affected people and various stakeholders. Our study took us to 69 villages across Uttarakhand, as we talked to people on the ground in order to understand the conflict better. The study yielded some interesting insights.

To begin with, data showed that there was no increase in leopard attacks on humans, which was the widely held belief. Examining data going back to 1998 showed us that there was no clear pattern, in some years, attacks had increased, but in other years, they had decreased. The other widely held belief, at least in wildlife circles, that habitat degradation and the resultant decrease in wild prey, had resulted in an increase in conflict, too, seemed a hypothesis that seemed to have no valid scientific basis. On the one hand, the leopard is a very adaptable cat, and lives not only in forests, but also in close proximity to villages, and has done so for many decades.

Also, in these human-dominated landscapes the leopard feeds on whatever it can catch; so livestock and dogs pass off legitimately as prey. Finally, we found many areas in Uttarakhand that had low, or no leopard conflict, which seemed to have habitat and prey base very similar to areas that had high conflict. The reasons for this are still not clearly understood.

We quickly realized that the leopard attacks on humans had many socio-economic dimensions. The insights gained revealed that the phenomenon of “palaayen” (people migrating from the hills to the plains) had a bearing on the conflict. “Palaayen” lead to increase uncultivated acreage, and the spread of Lantana and Eupatorium in the abandoned fields provided a place for the leopard to seek cover close to the villages. An increase in unattended feral cattle in villages, too, provided easy prey for leopards in villages. We found changing lifestyles, too, had an impact. Earlier, people would take livestock into the forest to graze. Today, with reduced number of livestock per family, many people just fed their livestock in their homes. This meant that the leopard, which often preyed on livestock in the forest, now was compelled to come into the village to look for food. We also found that increased mobile and TV coverage, lead to sensationalizing of leopard attacks, with word of attacks spreading much quicker today. This often led to demands and pressure for immediate action by the forest department, whether appropriate or not.

Our study culminated in consultations with the Uttarakhand Forest Department on what we could do to reduce the conflict. Here, Vidya’s decade long work in collaboration with the Maharashtra Forest Department threw up some interesting possibilities. Could an innovative approach be adopted in Uttarakhand to reduce the conflict? Could we learn from what other States have done? Is there a better solution than capturing or killing the leopard?

Leopards in crisis: Learnings from Maharashtra

In November 2016, I accompanied a team of Uttarakhand forest staff and villagers from Tehri, Pauri and Almora to Maharashtra in November 2016. Our exposure visit led us to Sanjay Gandhi National Park (SGNP), Borivali in Mumbai and the Junnar Reserved Forest in Pune District. For the entire team, including myself, the visits to both these locations was an eye-opener!

At SGNP, the National Park is surrounded on all sides by habitation, mainly city dwellers living in high-rise apartments as well as some local villagers and tribals. Till 4 or 5 years ago, the forest department response to leopard attacks on humans was to capture and relocate leopards to other forest areas. Vidya’s long-term research in Maharashtra through radio-tagging leopards showed that this practice did not necessarily result in a decrease in conflict, perhaps the opposite. A leopard named Ajoba was radio tagged by the Maharashtra Forest Department in 2009, with support from Vidya and her team. The leopard, captured near SGNP, was released at Malshej Ghat. Radio collar data showed that over a period of four months, Ajoba made a 120-km journey back to SGNP, its home range! This and other studies showed that leopard translocation is not the best solution, and it might even drive more conflict. Moreover, research has shown that if leopards are translocated, its range is often quickly occupied by another leopard, in the vacated terrain, which may not be familiar with the landscape, leading to unintentional attacks on humans.

So if, translocation does not work, what does? The Maharashtra Forest Department’s efforts at SGNP have been to work with all stakeholders concerned such as citizens, media, tribals, residence societies, media, police and civic administration. In an effort called “Living with Leopards”, the forest department, researchers, NGO’s, tribals and citizens have come together to conduct year round awareness and sensitization campaign which not only makes people aware of leopards and their behaviour, but also suggests precautions and response mechanisms on sighting leopards in or near habitation. During our visit, we visited a police station, and were amazed to hear the local cops coolly inform us that they saw leopards very frequently, and were not afraid of them at all! A visit to a residential apartment at the edge of SGNP yielded similar responses.

Equally amazing was the interaction with the Warli tribe, many of whom live inside SGNP. The Warli tribe worships the leopard, and they have had no human attacks despite living inside the forest with the leopards. Learning about the leopard and its behaviour helps the Warli tribe avoid conflict. With the efforts of all stakeholders, there has been no leopard attack on humans at SGNP and surroundings for three years!

Our visit to Junnar, in a different and rural setting, revealed how year round sensitization amongst all stakeholders, involvement of the local villagers in protection through Village Rescue Teams, and an innovative Leopard Ambassador Program lead by school children helped ease the impact of the conflict on the ground.

The big takeaway for the Uttarakhand team was that there is a different way of dealing with the leopard crisis. The entire visiting team consisting of forest staff and villagers are enthused after the Maharashtra exposure visit. Can the Maharashtra lessons be adapted to work in Uttarakhand? Is there a better way to deal with the human-leopard conflict? Can there be an amicable solution that protects the leopard, and yet reduces attacks on humans? We don’t know for certain, but to speak on behalf of the entire Uttarakhand team, we are going to try real hard!

Adapted from the Doon Watch Column in Hindustan Times.

For Vidya’s work on the leopard, visit:

Read more about Titli Trust’s work on the conflict. 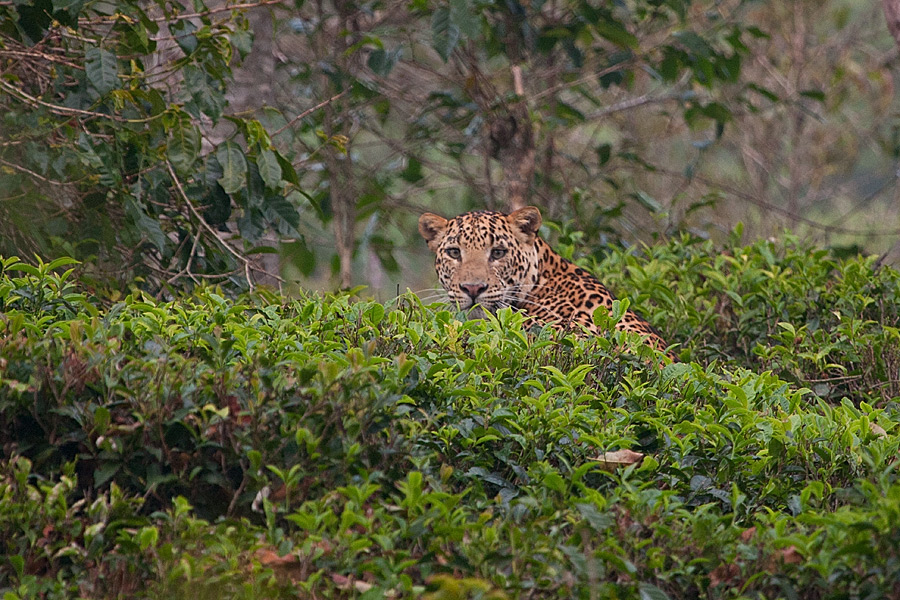 Leopard in a Tea Estate, Nilgiris