EIA / WPSI
An open sale of tiger, leopard and otter skins in a Tibet market

Armed with a spycam, Belinda Wright entered Tibet posing as a buyer of tiger skin. To her horror, she not only found the endangered animal’s skin openly sold on the streets but also used as clothing by Tibetans.

Tibet is every bit as magical as I expected it to be. Its desolate and wind swept plains, mist-covered mountains, and stoic and friendly people, exceed one’s dreams. But Tibet also broke my heart when I visited its villages and towns in August this year, because unless urgent action is taken, its people will soon be responsible for the final demise of the endangered Indian tiger.

That may sound far-fetched, but it is true. Tibetans are now buying the skins of Indian tigers, leopards and other rare animals to wear as adornments at festivals. So great is the demand that the killings in India, and the illegal trade, are now spiralling out of control — and the governments of India and China are doing little to stop it. In fact, the growing trade in Tibet is probably the reason why poachers recently wiped out all the tigers in Sariska, and why numbers have fallen dramatically in a number of other ‘protected’ areas.

It was thanks to the London-based Environmental Investigation Agency (EIA) that I made my horrifying trip. Asked in February this year, by EIA’s Debbie Banks, what would be the most useful support to our work here, I said without hesitation, “a visit to Tibet”.

I have worked with wild tigers and other endangered species in India for 35 years, and have been active in strengthening law enforcement against poachers and traders since 1994. But it has been a discouraging battle; the number of tigers is plummeting as demand from other countries fuels poaching. Indeed, we would be fortunate if we still have 2,000 tigers left in our jungles.

Since the mid-1980s, wild tigers have been killed primarily so that their bones and other body parts could be used in traditional oriental medicines by countries like China, Japan and Korea. However, after studying seizures over the past two years, I noticed that the trade in tiger skins was rapidly rising. And having heard vague stories about Tibetans wearing skins as trimmings on their clothes, I wanted to see it for myself. What I didn’t bargain for was the extent of the trade, the open sale and use of the skins, and the indifference that I discovered about the fate of the tiger.

We set off early in August for a four-week survey, covering as much ground as we could in Tibet, Sichuan and Gansu. Along with me, there was Debbie and Paul Redman from EIA, and Rebecca Chen, an independent wildlife investigator who helped expose the tiger and rhino horn trade.

The Tibetan people treated us with great kindness. It was heaven, except that wherever we went we found fresh tiger and leopard skins — mostly purchased, people told us, within the past two years from India.

At colourful summer horse festivals in Tibet and Sichuan, we saw hundreds of skins being worn by masked dancers and horse riders, as well as spectators, and even organisers and local officials. They were usually stitched onto chubas (traditional garment). Complete skins were also being sold in large quantities in small shops in Lhasa and other towns — all openly, illegally, and without any evidence of control. On the famous Barkhor circuit in the centre of old Lhasa, we found 24 tiger skin chubas openly displayed for sale in ten shops, and 54 leopard skin chubas for sale in 20 shops. The dealers categorically told us that the skins had come from India. Posing as buyers, we were shown three fresh tiger skins and seven fresh leopard skins in four different locations — again, all from India. In another city, I found a lama casually selling skins on the pavement below my hotel window.

I had tears in my eyes at a horse festival in Litang in Sichuan Province when I talked to 21-year-old Pentsok. He was sitting in his tent, swathed in a large fresh tiger skin. Pentsok said he would wear it just twice a year, during the Tibetan New Year and at the annual horse festival, though he said he didn’t particularly like it. I asked him how wearing a dead animal’s skin could be compatible with his Buddhist religion. He had no explanation, except to say, “but I didn’t kill the tiger”. Pentsok felt bad that I was upset, but there was little concern for the dead tiger. It was merely an envied costume.

Following a trail of information, we travelled through desolate mountainous landscape to Linxia in Gansu Province. It proved to be our over-dose. In a single street called Bai Ta Je, we saw 60 snow leopard skins (from China and India) and 163 whole, fresh leopard skins hanging in the doorways and on the floors and walls. More skins were rolled up in the backs of the shops for cleaning and tanning. We photographed them using a hidden camera and, with Debbie as my “niece” I posed as a (blue-eyed) Muslim buyer, dressed in a long skirt with a scarf wrapped over my head.

I wondered how the Tibetan people could afford to buy such expensive items, and learned that new found wealth has come from sales of a local caterpillar fungus (Cordyceps sinensis or ‘yasa gompe’) which is used in traditional oriental medicine, and of a rare ‘golden’ mushroom, both of which are highly valued. Although trade in big cat skins is against the law, we were told by the sellers (and some of the skin wearers) that a Tibetan skin chuba is exempt from the law, even if it is adorned by an entire tiger skin. They also claimed that adding skins to chubas was “traditional” though, when questioned further, all the Tibetans we talked to admitted that neither their fathers nor grandfathers had worn skins.

Details of our discoveries have been given to the authorities in Beijing, but so far there has been no official reaction. We are also appealing to the Tibetan people to stop wearing tiger and leopard skins. And we have appealed to the authorities in India to urgently clamp down on the poaching and smuggling.

The scale of the problem is huge. The devastation is almost complete and India’s tigers are running out of time.


Belinda Wright is Executive Director of Wildlife Protection Society of India (WPSI), based in New Delhi. 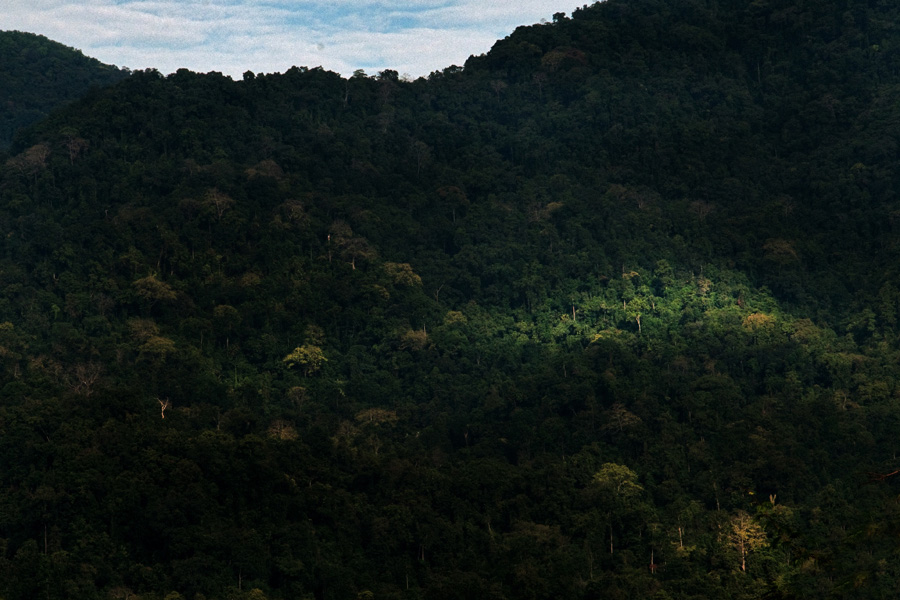