Divya Vasudev and Varun R. Goswami | Biological Conservation
Hoolock gibbons are canopy-dwellers, spending most of their lives on trees. 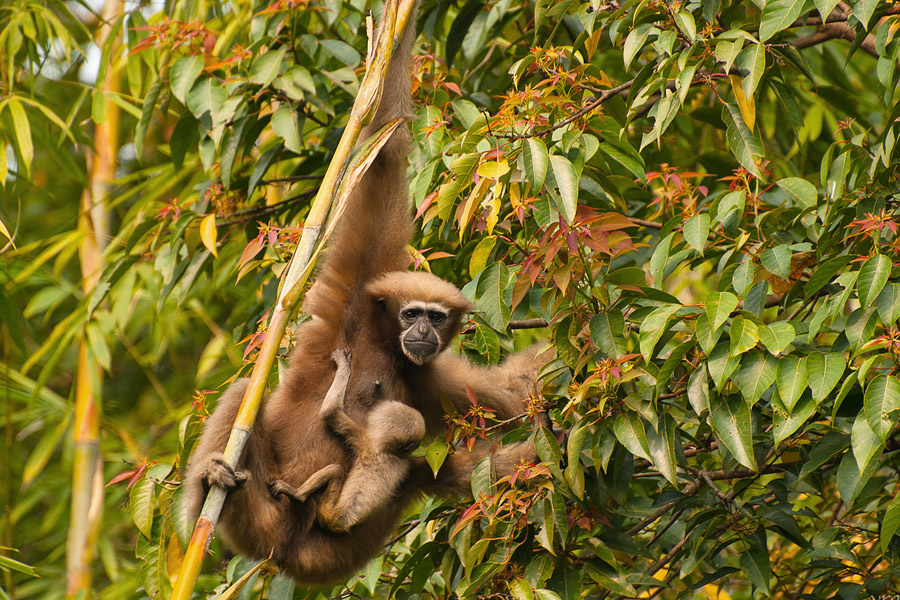 Authors Divya Vasudev and Robert J. Fletcher highlight the importance of using data of animal movement to infer connectivity. Below are the highlights of their study appearing in Biological Conservation (Volume 181) in January 2015.

A flash of black in the trees makes me stop. I am not sure if it is the softness of the black that differentiates it from the shadows. Perhaps it was a movement, uncoordinated with the swaying of the branches with the wind. For a moment I could see nothing; then, there it was, a luminous pair of brown eyes, staring at back at me. Swinging from the branches barely 50 m from me is a single gibbon. I take in the soft black fur shimmering in the sunlight. The gibbon is small, most likely a sub-adult. I look around for a minute for the rest of the group, though I suspect this animal is alone, and sure enough, there are no more to be seen. What I am witnessing is a dispersal event, or the movement of animals between two forests. Such events are not common, and researching them has always been problematic. Each dispersing animal, however, plays an important role in maintaining connectivity, or linkages among populations, and in the long run, in enhancing population viability.

Connectivity conservation, covering the science and practice of conserving linkages such as the one the solitary gibbon was forging, is becoming an increasingly relevant science. As wildlife habitat gets more fragmented, connectivity among populations can boost genetic viability, allow for empty habitats to get recolonized and enable mixing of populations. This requires the movement of animals between forests, however, often through human land-uses. Conventional methods of ensuring that such linkages survive land-use change include the demarcation of corridors, or linear patches of habitat that connect two forests. But corridors are not always feasible, and importantly, do not take into account the ability of animals to move through non-habitat land-uses. Elephants traversing tea gardens, for instance, is a common sight in many parts of their range. To take this conservation value of human lands into account, there is need to objectively evaluate how permeable different land-uses are to animal movement. Currently, most assessments of connectivity depend on expert opinion for such an evaluation, largely because of the difficulty in observing and studying dispersal events. Dr. Robert J. Fletcher and I, associated with the University of Florida, Wildlife Trust of India and Wildlife Conservation Society, India Program, with guidance from a number of colleagues, therefore, set out to assess if relevant behavioural observations can be utilized for such an evaluation.

The western hoolock gibbon found in northeast India is an endangered species, previously among 25 most endangered primates worldwide. Within India, the species is our closest relative (along with the eastern hoolock gibbon, found in the eastern reaches of the country). The gibbon is highly specialized to dense-canopy forests and has faced large-scale population decline due to forest loss and fragmentation. It is highly arboreal, residing in the upper reaches of the canopy. Our study was located within Garo Hills, Meghalaya, where gibbons can be found in village forest fragments. Maintaining linkages between these forest fragments is crucial for gibbon conservation, but the open canopy of most land-uses interspersing these fragments are thought to preclude gibbon movement. We quantified the ability of close-canopy, open-canopy and open regions to limit gibbon dispersal through observations of their movement behaviour among the canopy in these different land-uses. We did this by comparing canopy gaps that the animals moved across, to available canopy gaps. We also estimated the average canopy gap in each of the considered land-uses.

Firstly, we found that land-uses differed in their permeability to gibbon movement. We used the permeability of each land-use within the framework of circuit theory – which likens dispersal to the flow of electricity across resistors – to assess the relative strength of links between mapped forest fragments. From this, we were able to identify the forest fragments that maximally contributed to landscape connectivity. These fragments can serve as focal points for conservation efforts targeted towards increasing gibbon connectivity in the landscape.

It is increasingly recognized that we need to be efficient with our use of limited conservation resources. Conservation prioritization exercises facilitate such increased efficiency, and ensure that we direct our efforts towards achieving maximum conservation benefits. In the above example, for instance, conservation may be targeted towards those fragments that have high conservation benefits for the entire focal population of gibbons. We also compared our results to what we may have obtained if we assumed that the permeability of different land-uses to gibbon movement is related to their habitat preferences, a common practice in connectivity conservation. We found that such an assumption becomes less valid as the heterogeneity of the landscape increases and under such conditions, the incorporation of movement-relevant data is crucial.

Connectivity conservation is crucial in the current context of fragmented habitat and dynamic landscapes. We emphasize that connectivity conservation should be based on our knowledge of animal dispersal. While dispersal events are often difficult to follow, there are alternative ways to obtain movement-relevant data, as shown in our study. Use of such data can improve the way we conserve linkages among forest fragments, understand patterns of animal dispersal, and allow for better predictions of the impact of land-use change on landscape connectivity. 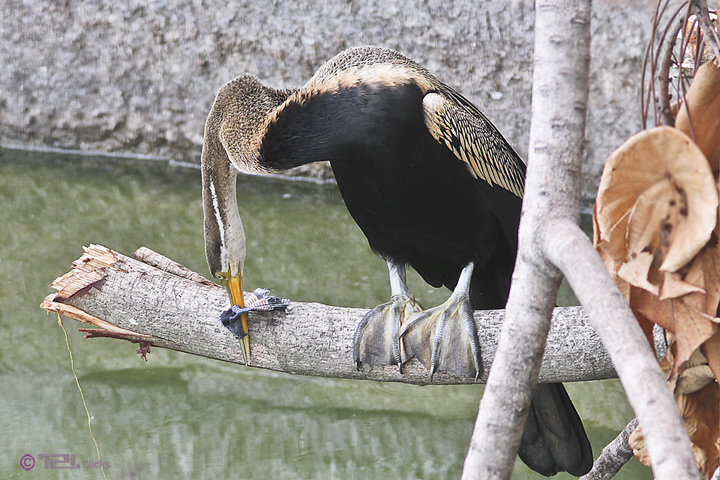 Littering — how it impacts birds