Rewilding in a City; Making of the Aravali Biodiversity Park 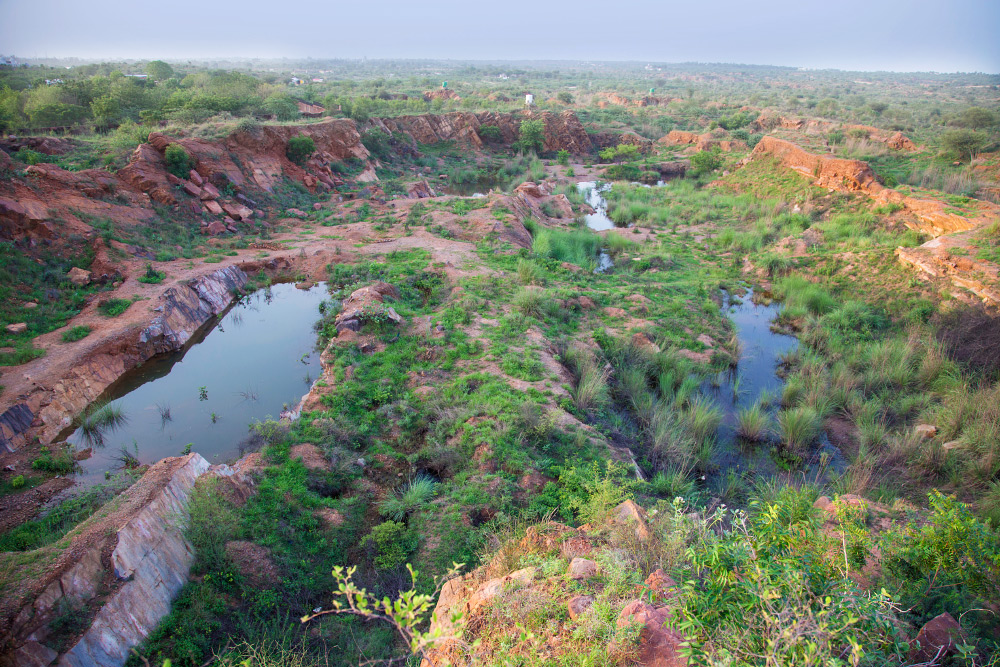 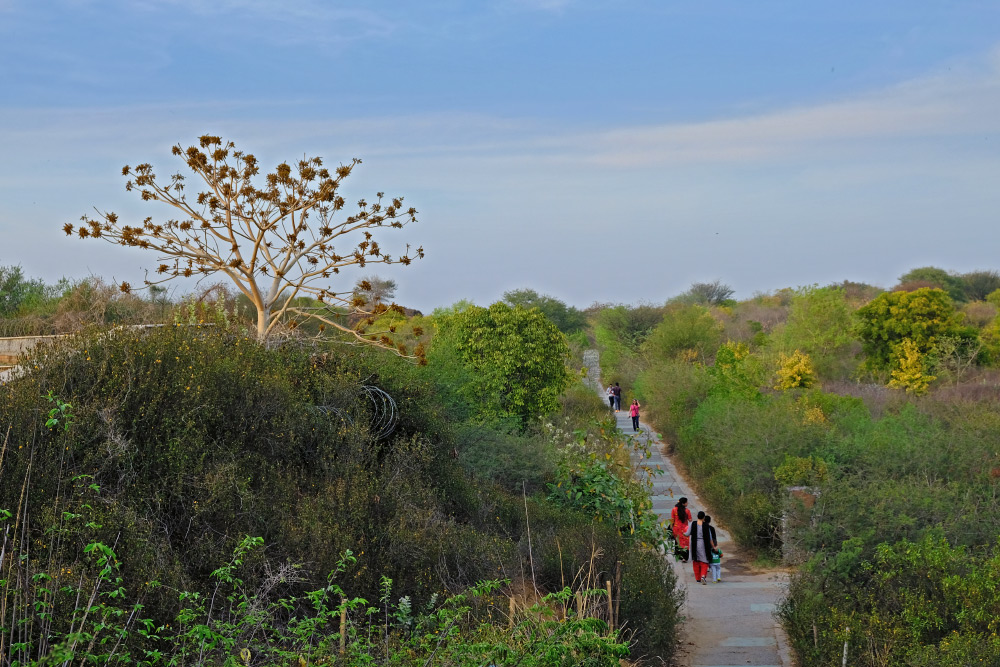 Vijay Dhasmana
The park is maturing into a forest with its diverse habitats.

I first heard of the Aravalli Biodiversity Park in 2011 from Pradip Krishen, a friend and mentor in the field of rewilding. He asked if I was free to work with a small group of people—a citizens’ initiative—who wanted to plant ‘a million trees’ and create a nature park on an old mining site at the edge of Gurgaon.

The 380-acre site was bleak and forbidding. A former mining site for quartzite rock and its orange, gravelly degrade, known as ‘badarpur’, there was hardly any vegetative cover except for some straggling, invasive vilaiti keekar (Prosopis juliflora). Mining had ceased several years earlier, and was now banned, though the scars of extraction were still raw and ugly. It was April, and there were no grasses or shrubs to relieve the desolate scene. My heart sank a little as I walked around, taking it all in.

‘Iamgurgaon’ (IAG), a voluntary group founded by determined women – Latika Thukral, Swanzal Kak Kapoor and Ambika Agarwal – sensed early on that this large, empty wasteland on one edge of Gurgaon was vulnerable to encroachment or to being turned into a dumping ground, and proposed to Municipal Commissioner, Rajesh Khullar, in 2009 that it should be developed into a Park. Khullar responded warmly to the idea and asked for proposals. The architects at IAG then went to work. Atal Kapoor, the main architect, was in charge of steering the civil works and design in this initial phase.

The Haryana Forest Development Corporation (HFDC) did the first avenue inside the Park in 2010, lined with Brazilian jacarandas, Australian bottlebrush trees and Madagascaran gulmohars. The planting scheme took off on this misguided note, with mostly exotic garden trees for a dry, rocky Aravallis landscape.

There’s nothing surprising about HFDC’s choice of species. This is how the Forest Corporation — all Forest Corporations in this country — thinks and works. There’s no attempt to find a match between a landscape being planted and the choice of plants. Ultimately, all such agencies just pick an assortment from the tried and limited stock of mostly ornamental trees and shrubs that nurseries have on offer.

As the rains of 2011 approached, IAG hatched a plan to plant a ‘million trees’ in Gurgaon, in collaboration with Municipal Corporation of Gurgaon (MCG), starting with a plantation drive that would lift off from the Biodiversity Park. I hadn’t quite hit my stride yet but was assured that ‘a lot of native species’ were being sourced from the Punjab. (Though I did wonder: ‘Really? Where in Punjab’?!)

Nurseries in India don’t usually raise or stock forest species. They don’t think that this is their remit. As it turned out, what arrived from the Punjab by the truckload were trees like neem, pilkhan, peepal, katsagaun and seesham, instead of chamrod, salai and dhau that I had been led to expect. Hundreds of people turned up at the Park on our first planting day. We had little of any value to offer them to plant, but we went through the motions.

Within IAG we had a huge churn and everybody slowly began to see that it wasn’t about planting a million trees. It was about creating a landscape and a habitat that was in harmony with the plants that grew in it. It felt like we had crossed a major milestone!

The change of attitude and strategy within IAG did not come about easily, several visits to Mangar Bani, Sariska and other lovely forests of Aravallis inspired the team to take up the vision to create a native Aravalli rocky forest-scape with its full panoply of plants—trees like dhau, kummatth, salai, doodhi and dhak, lots of shrubs and the full range of ephemeral grasses that spring up in the rains.

We took the new Municipal Commissioner Sudhir Rajpal to see Mangar Bani so he could see what we meant when we talked of native wilderness. He was supportive and enthusiastic.

MCG ratified the goal of making the Park into a City Forest. IAG was formally assigned the tasks of carrying out conservation work in the Park, setting up a nursery of native plants, and doing whatever research and surveying was necessary. We were given eight years—from 2012 to 2020—to implement these tasks.

We came up with an initial list of about 200 forest species native to the rocky northern Aravallis. Some of them had disappeared from view but there was enough evidence to know that they were once present in our region. Now we had to get hold of the seeds of all these species, and take complete charge of rewilding the park landscape. When the next fruiting season came around, we mounted a massive collection drive for seeds and vegetative cuttings by visiting wild and semi-wild areas near and far.

My special task was to try and understand where each kind of plant would be most ‘at home’. It may not seem obvious, but even a place like the Biodiversity Park is made up of a mosaic of tiny micro-habitats. Some plants are ‘generalists’ but most plants—more so in arid or stressed environments— specialise in where they are best adapted to live and do well, in different kinds of sites such as the foot of a hill or a hollow where there is sandy soil, or on a well-drained slope.

This is what I tried to observe and learn about in all my travelling and seed collecting. Our scientific ‘Floras’ are not very good at teaching you about what sort of conditions plants require. I was determined to learn as much as I could by observation. Dhau (Anogeissus pendula) grew on steep rocky slopes, salai (Boswellia serrata) on the shoulders of hills, babool (Acacia nilotica) only where the soil is deep and of good quality, with water close to the surface. The idea was not to make this park into a dense woodland but to create diverse habitats, including grasslands that would support varied forms of life, typical of northern Aravalli.

Things are slow in dry, rocky places. The growing season is restricted to a precious few weeks in the year and we knew we had to somehow hold out for a few more years before we could offer clear evidence that our approach and our method was paying off.

IAG, spearheaded by Latika, Swanzal and Priti, took the lead in involving citizens, children and Gurgaon’s corporates in building support for the Park. The scale of our nursery work expanded exponentially and was funded entirely from donations.

Today the Park showcases more than 300 species of plants, many of them reintroductions to Haryana. With its diverse microhabitats, the Park has become a haven for 195 species of birds, making it one of the richest birding habitats in Delhi’s NCR. Animals such as the neelgai, jackal, palm civet, porcupine, hare, various snakes and lizards are thriving in the Park. This is even truer of butterflies, moths, beetles, bugs, aphids, ants and spiders.

Events to engage the city with this wilderness are taking shape. Periodic nature walks have become hugely popular. A programme to involve school children with nature awareness is going great guns! Corporates find enough engagement in the Park for team-building or pure volunteering. You can often spot business teams cleaning up garbage, composting leaf litter or volunteering in our nursery.

A sword of uncertainty still hangs on the Park’s future. We’ve had to fight several battles to save the park from conversion into a zoo or a crocodile park, or a Singapore style night safari, and, most recently, from a highway cutting through the centre of the park.

The future of the park rests on the immense support we have received from the people of Gurgaon. In the last seven years, fifty-eight Corporates, more than fifty schools, thousands of children, and citizen from all walks of life have come to plant about 145,000 plants of 200 species in the Park. They have all become stakeholders in the Park’s future.

The Aravalli Biodiversity Park is well on its way to becoming an ecological heritage site. It still has a way to go before it is a mature forested landscape. But it tells a story of one of the only eco-restoration events in our country where citizens corporates and local administration have done so much to bring a natural forest landscape back to a city.


Vijay is an ecological gardener who specializes in ‘rewilding’ projects that bring back natural flora and fauna into landscapes that have become severely degraded. 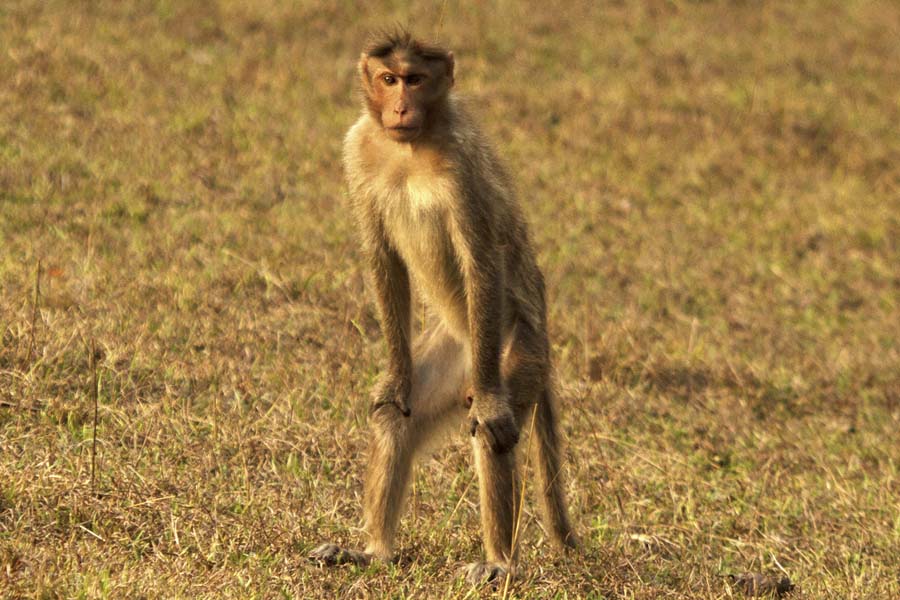