Shekar Dattatri
The author 'exploiting wildlife' for a living! 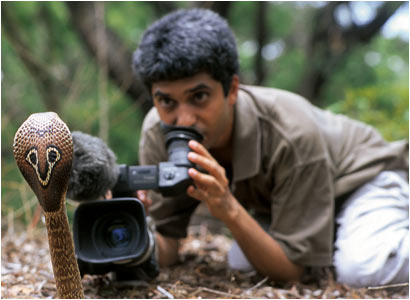 A lighthearted look at the serious business of making a living from wildlife.

A recent newspaper article triggered off a debate of sorts between some colleagues and I about making a living from wildlife. Since this is a topic that forms an undercurrent at various levels of discourse, I thought I would air my two bits here. This is a subject that can fill a book, but I’m afraid I only have time for a short essay at the moment.

There’s still a perception among large sections of Indian society that a true and honest social worker is one who goes around in a crumpled kurta. This is obviously a very deep-rooted stereotype, because a large number of our netas have successfully adopted the white kurta-pyjama uniform to ‘bond’ with the public! Likewise, in conservation, there is still a lingering sentiment in some quarters that a ‘true’ conservationist is someone who lives just above the poverty line, earning a meager income from some unknown occupation, preferably unrelated to wildlife. As for the dress code, a kurta is ideal, although not a white one if you want to avoid being trampled by wild elephants. Jeans are fine below the waist, but nothing fancy please! Gandhi spectacles, a jute bag and an angry expression are optional accoutrements that can lend an air of gravitas at conservation conferences.

Speaking for myself, I’m one of those who has unabashedly — and unexpectedly — made a decent living from wildlife. Because I’m single and still live in two rooms that I built where my parent’s kitchen garden used to be, I was able to chuck my lucrative contracts with international TV channels ten years ago to become a ‘barefoot’ conservation filmmaker. Well, not barefoot in the literal sense, given all the filth, but you know what I mean. Often, well-meaning people congratulate me on my ‘sacrifice’ for devoting my life to such a ‘noble cause’. I’ve stopped telling them that nature doesn’t give a damn whether we conserve it or not, and that the only reason I do what I do is because it makes me feel good and because I think forests and wildlife are too precious to be destroyed. Some years ago, while introducing me at a public function, a local conservationist got so carried away by his own eloquence that he dramatically announced that I was so dedicated to conservation that I refused to marry and enjoy life! The thunderous and prolonged applause from the 500-strong audience prevented me from setting the record straight then and there (that I’m simply averse to matrimony). Nowadays, when such statements are repeated, I just smile humbly and try to look noble. It’s much simpler, and adds to the mystique.

Apart from my low overheads, the only reason I’m able to volunteer hundreds of hours to conservation every year is because I managed to save some money from my television earnings, and have serendipitously received some royalties and cash awards for my work on a few occasions. I don’t think I could do conservation on an empty stomach.

I believe that one of the things that’s holding conservation back in this country is the hypocrisy surrounding who’s a ‘true conservationist’ and who’s not. The basic problem seems to be the perception that while some forms of making a living out of wildlife are perfectly alright – such as being a writer, a field biologist, a forest officer, a filmmaker or a photographer – other ways, such as a conservationist running a wildlife resort, are not.

The ongoing tiger tourism debate led a pained colleague to ask if responsible conservationists who run eco-lodges automatically get excluded from being conservationists. Not in my book!  In fact, if true conservationists ran all wildlife tourism, we wouldn’t have the mess that prevails in some of our reserves, and our forests would be much safer. I think it’s time to get rid of all these silly hangups about ‘making money from wildlife’, ‘noble cause’ and so forth, and acknowledge that all roads can lead to conservation if the intentions and actions are right, and that people from all walks of life can contribute equally. As long as ethical values and practices are scrupulously followed, earning money from wildlife is not a crime and does not automatically denote an ‘ulterior motive’ — or lessen an individual’s commitment to conservation. Money, or the lack of it, is certainly not a measure of one’s conservation worth. Cheers!

(Shekar Dattatri has never worn a kurta and enjoys the occasional single malt that comes his way. He has a vested interest in conservation because he thinks a world without tigers, elephants, lion tailed macaques, king cobras — and birds and bees — is too dreadful to imagine. Disclaimer: the author is poking fun at stereotypes and no hurt is intended to persons living or dead, including those who wear kurtas). 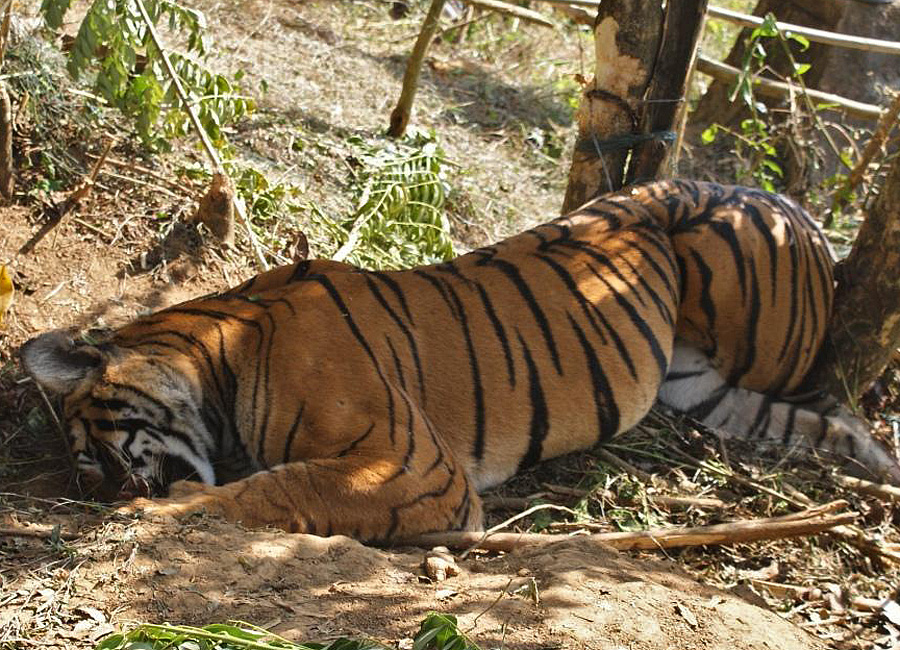