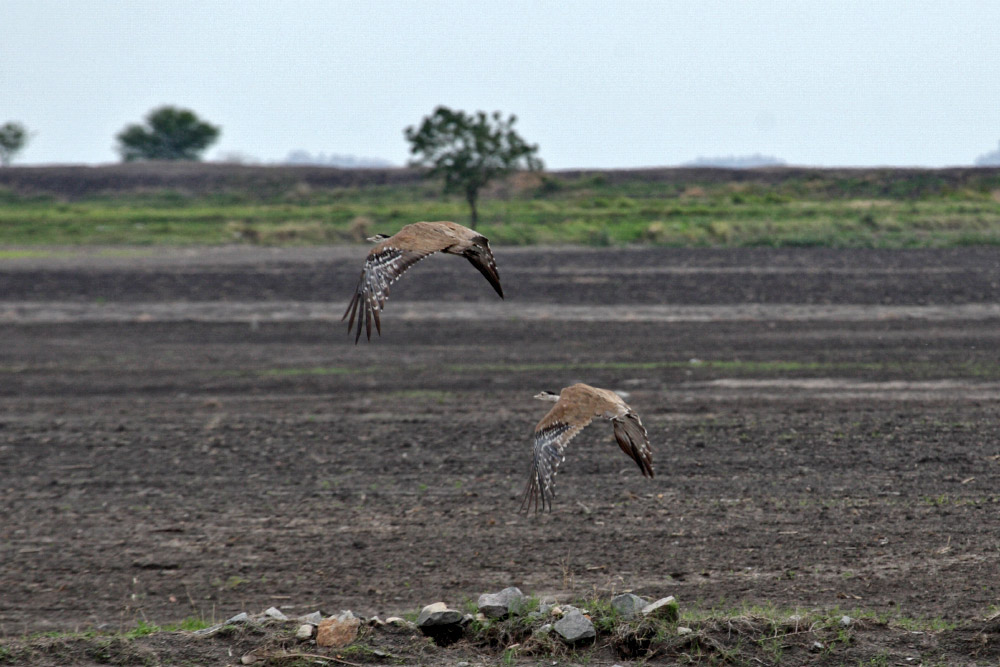 Samad Kottur
Karnataka is one of the last remaining pockets of the critically endangered bird in the world.
Anti-poaching camp being built in the middle of GIB habitat 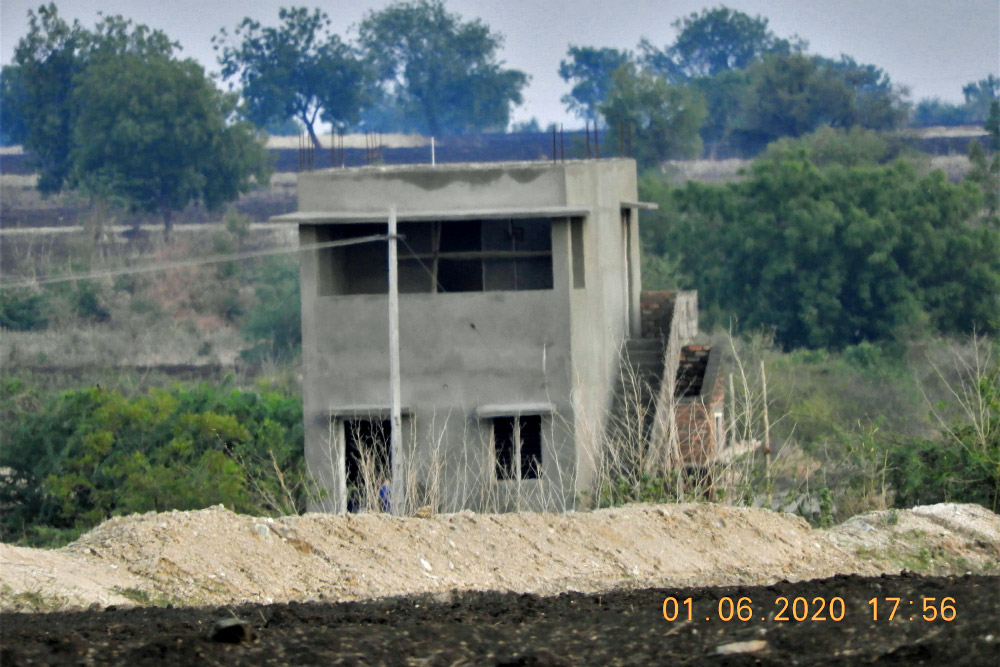 Construction activity can drive away these rare birds that are on the verge of extinction.

The Great Indian Bustard or GIB (Ardeotis nigriceps) is one of the rarest birds in the world. Endemic to the Indian subcontinent, it is listed under Schedule-1 of the Wildlife (Protection) Act, 1972. With fewer than 150 birds estimated to be surviving in the wild, the GIB is listed as Critically Endangered in the IUCN’s red list, and sadly, could be first mega bird species to go extinct in India.

Once seen widely across the subcontinent, the range of the bustard is now limited to only six states in India. In Karnataka, the GIB used to be seen in grasslands across the state. The species requires vast expanses of arid and semi-arid grasslands, open country with thorn scrub, and tall grass interspersed with cultivation. They are far-ranging birds that roam over a 1000 sq. km. They extensively use agricultural fields and scrub areas, and their diet can include dryland crops such as jowar and other millets. However, they need open short grasslands for lekking and displaying and disturbance to these habitats leads to breeding failure. Ranebennur was one of the last known places to spot GIB in Karnataka. As their numbers began to reduce, the government notified the Ranebennur Blackbuck Sanctuary to jointly protect the blackbuck and the GIB. The habitat was apt for both the blackbuck and the GIB as well as other grassland and open habitat species like Indian wolf, Indian golden jackal, Indian fox and several species of birds and insects. However, after declaring it as a protected area (PA), the Karnataka Forest Department (KFD) decided to plant trees, construct watchtowers and cement waterholes. The department converted the habitat from a pristine grassland to a plantation largely comprising eucalyptus trees. The last GIB was seen in 1998, after which it was deemed locally extinct in Karnataka.

But then, there was hope.

In 2006, after years of exploring, a team of wild life enthusiasts including Anand Kundargi, Santosh Martin and Samad Kottur, discovered about nine bustards in a remote corner of Ballari district in Karnataka. They had documented a few young ones as well, indicating that Karnataka had a breeding population. Since then, the NGO, along with local volunteers and KFD, have been monitoring sightings of this species. Recently, as part of CAMPA, JSW Limited (a massive private conglomerate in steel, energy, cement and infrastructure sectors) had purchased 250 acres of land in Ballari where the GIB was seen, and had handed it over to the KFD towards protection of the bustard. In 2016, a rapid assessment survey by the NGO found 12 GIBs here.

However, history is being repeated.

In May 2020, the KFD began digging hundreds of pits to plant saplings in the very same area the GIBs were found. Converting a grassland to a tree plantation spells doom for the GIB. The GIB is an open-country bird that avoids areas with dense and tall plants. In addition to this mess, anti-poaching camps and five watchtowers are being constructed in great haste. These buildings will deter the birds, as already being indicated by the fact that they are not being seen there of late.

GIB and blackbuck do not need waterholes as they are adapted to surviving in these landscapes. However, waterholes are being constructed everywhere despite the presence of several farm ponds that store water and are full throughout the year.

The major threat for this bird is loss of grasslands along with adjoining farmland habitat. In the last few years, solar / wind energy projects linked by high tension wires have also led to a steep decline in GIB numbers. Unlike other states where GIBs are breeding, this area is devoid of high tension wires, making it ideal for the survival of the species.

But the region is now abuzz with tractors, concrete mixers and movement of people, just before the GIB’s breeding season. With so much construction activity in the core GIB area, these rare birds that are on the verge of extinction will surely be forced to move away from here.

Bustards are shy and stay away from people. They have survived here without our intervention. They only need us to let them be.

Urgent Recommendations to the Karnataka government:

With Karnataka being one of the few places in the world where the GIB is surviving and breeding, the very agency that can protect it must not be the one to drive it to extinction. This is an appeal to the KFD to protect the abode of this critically endangered bird, and not drive it away from its home.

With inputs and images from Dr. Samad Kottur and Santosh Martin

Media coverage and images of construction works in Siruguppa: