Praveen Bhargav
A tiger caught in a trap 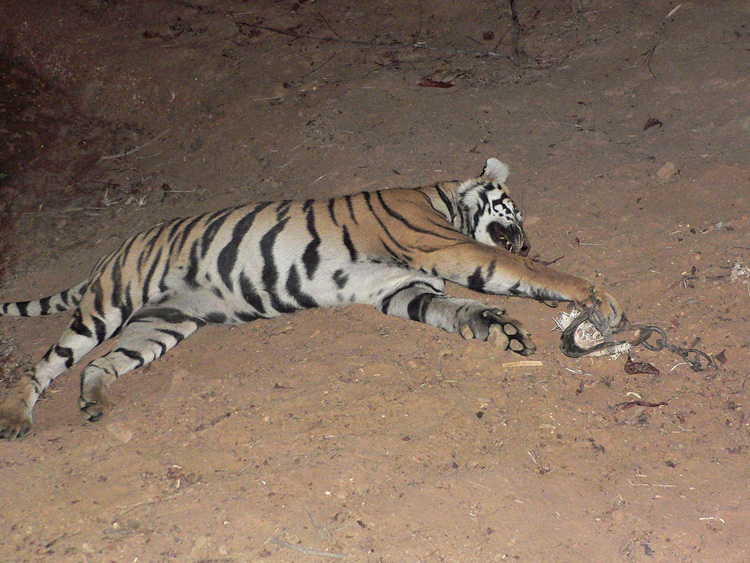 WPSI
The Wildlife (Protection) Act (WLPA), 1972, is an important statute that provides a powerful legal framework for violations like hunting.

Many people are under the impression that India does not have strong wildlife conservation laws. On the contrary, we have some of the most stringent legislations to protect wildlife and habitats. It is imperative that all conservationists familiarize themselves with these laws, so that they can contribute effectively. It is also vital to understand which institutions control land in India before any conservation interventions can be attempted in any landscape. The legal status of the land must first be ascertained so that one can engage with the correct authorities or agencies.

The Government of India has introduced various types of legislation in response to the growing destruction of wildlife and forests. These are:

The Wildlife (Protection) Act (WLPA), 1972 is an important statute that provides a powerful legal framework for:

National parks and Tiger Reserves are by law more strictly protected, allowing virtually no human activity except that which is in the interest of wildlife conservation. Grazing and private tenurial rights are disallowed in National Parks but can be allowed in sanctuaries at the discretion of the Chief Wildlife Warden. The amended WLPA does not allow for any commercial exploitation of forest produce in both national parks and wildlife sanctuaries, and local communities can collect forest produce only for their bona fide needs.

No wild mammal, bird, amphibian, reptile, fish, crustacean, insects, or coelenterates listed in four Schedules of the WLPA can be hunted either within or outside protected areas. On conviction, the penalty for hunting is imprisonment for a period ranging from a minimum of three to a maximum of seven years with fines not less than 10,000 rupees.

Community reserves and conservation reserves are two new categories of protected areas that have been included under the WLPA. These two categories provide a greater role for local communities, stakeholders and civil society as well as the opportunity to protect many areas of conservation value that cannot be designated under strict categories such as wildlife sanctuaries or national parks.

The statute prohibits the destruction or diversion of wildlife and its habitat by any method unless it is for improvement or better management and this is decided by the state government in consultation with the National and State Boards for Wildlife.

The WLPA contains elaborate procedures for dealing with legal rights in proposed protected areas and acquisition of any land or interest under this law is deemed as an acquisition for a public purpose. However, with the enactment of The Scheduled Tribes and Other Traditional Forest Dwellers (Recognition of Forest Rights) Act, 2006, compliance of various provisions relating to tenurial and community rights must be ensured.

Apart from protected area establishment, other important aspects of the WLPA include procedures for the appointment of state wildlife authorities and wildlife boards, the regulation of trade in wildlife products and the prevention, detection and punishment of violations of the WLPA.

The 2006 amendment introduced a new chapter (IV B) for establishment of the National Tiger Conservation Authority and notification of Tiger Reserves (before this amendment, Tiger Reserves were not defined under the law, but were merely administrative designations to enable funding under Project Tiger).

The Wildlife Crime Control Bureau (WCCB) was constituted vide the 2006 amendment to monitor and control the illegal trade in wildlife products.

The WLPA provides for investigation and prosecution of offences in a court of law by authorized officers of the forest department and police officers.

2.  The Indian Forest Act (1927) and Forest Acts of State Governments

The main objective of the Indian Forest Act (1927) was to secure exclusive state control over forests to meet the demand for timber. Most of these untitled lands had traditionally belonged to the forest dwelling communities. The Act defined state ownership, regulated its use, and appropriated the power to substitute or extinguish customary rights. The Act facilitates three categories of forests, namely

Reserved forests are the most protected within these categories. No rights can be acquired in reserved forests except by succession or under a grant or contract with the government. Felling trees, grazing cattle, removing forest products, quarrying, fishing, and hunting are punishable with a fine or imprisonment. Although the Indian Forest Act is a federal act, many states have enacted similar forest acts but with some modifications.

In order to check rapid deforestation due to forestlands being released by state governments for agriculture, industry and other development projects (allowed under the Indian Forest Act) the federal government enacted the Forest Conservation Act in 1980 with an amendment in 1988. The Act made the prior approval of the federal government necessary for de-reservation of reserved forests, logging and for use of forestland for non- forest purposes.

This powerful legislation has, to a large extent, curtailed the indiscriminate logging and release of forestland for non-forestry purposes by state governments. While the federal government imposed such strict restrictions, it did not simultaneously evolve a mechanism to compensate state governments for loss of timber logging revenues. This anomaly coupled with increasing pressure for land due to a burgeoning population has generated considerable resentment within state governments resulting in growing pressure to dilute the restrictive provisions of the Act. The Supreme Court of India has currently imposed a complete ban on the release of forestland for non-forestry activities without the prior approval of the federal government.

4. The Environment (Protection) Act (1986)The Environment Protection Act is an important legislation that provides for coordination of activities of the various regulatory agencies, creation of authorities with adequate powers for environmental protection, regulation of the discharge of environmental pollutants, handling of hazardous substances, etc. The Act provided an opportunity to extend legal protection to non-forest habitats (‘Ecologically Sensitive Areas’) such as grasslands, wetlands and coastal zones.

6. National Wildlife Action Plan (2002-2016) replaces the earlier Plan adopted in 1983 and was introduced in response to the need for a change in priorities given the increased commercial use of natural resources, continued growth of human and livestock populations, and changes in consumption patterns.

The Plan most closely represents an actual policy on protection of wildlife. It focuses on strengthening and enhancing the protected area network, on the conservation of Endangered wildlife and their habitats, on controlling trade in wildlife products and on research, education, and training.

7.  National Forest Policy (1998) The National Forest Policy, 1988, (NFP) is primarily concerned with the sustainable use and conservation of forests, and further strengthens the Forest Conservation Act (1980). It marked a significant departure from earlier forest policies, which gave primacy to meeting government interests and industrial requirements for forest products at the expense of local subsistence requirements. The NFP prioritizes the maintenance of ecological balance through the conservation of biological diversity, soil and water management, increase of tree cover, efficient use of forest produce, substitution of wood, and ensuring peoples’ involvement in achieving these objectives. It also includes meeting the natural resource requirements of rural communities as a major objective. The NFP legitimizes the customary rights and concessions of communities living in and around forests, stating that the domestic requirements of the rural poor should take precedence over industrial and commercial demands for forest products.

As can be seen from this article, India has a strong set of laws, Acts and policies for the protection of forests and wildlife.  It is for citizens to study these carefully and apply them appropriately while conducting conservation advocacy campaigns.

PDFs of the respective Acts and Policies can be downloaded here. 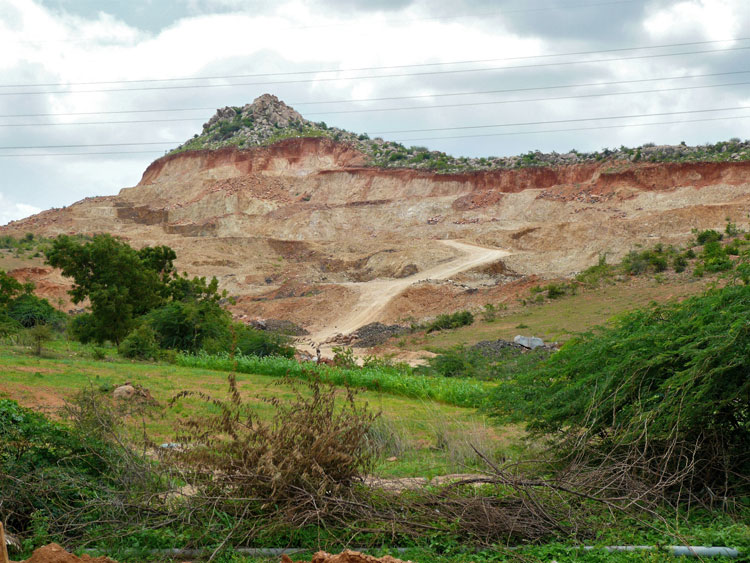 Mining in the hills