Book Review — Tripwire for a Tiger 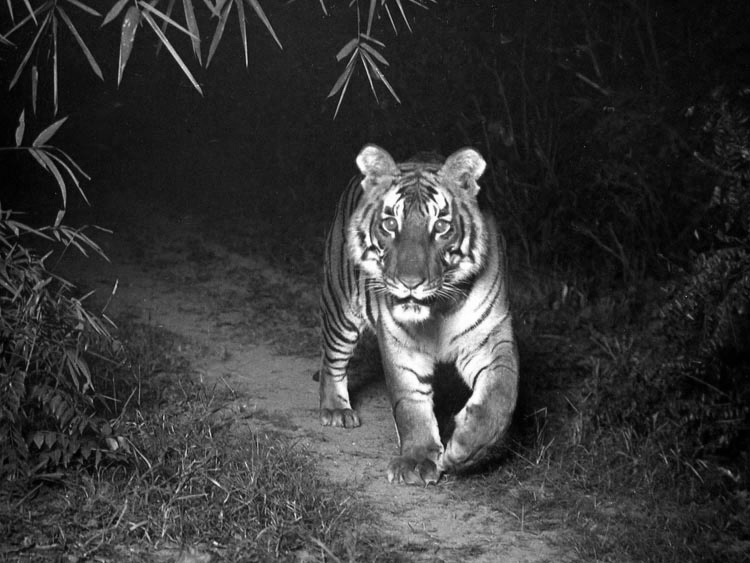 FW Champion
Champion considered this picture of a tiger that came to his 'studio' far from perfect!
A Sloth Bear captured by Champion's elaborate photography apparatus 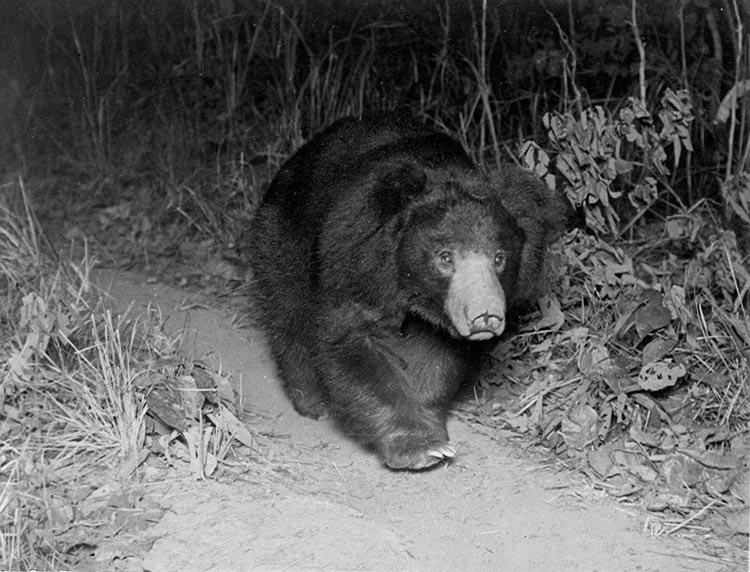 FW Champion
Champion did not restrict himself to photographing tigers

Tripwire for a Tiger,  Selected works of F.W. Champion

Author, publisher and intrepid wildlifer Bikram Grewal is a long-standing admirer of F W Champion, an extraordinary Forest Officer of the British Raj. We therefore felt that he would be the best person to review this new anthology. Says Bikram, “In 2006, I had the privilege of playing host to F W Champion’s son, daughter-in-law and grandson, James, in Dehradun. I was thrilled when I first heard from James that he was planning an anthology of his grandfather’s writings. You can imagine my joy when this book arrived for me to review”.  Here’s Bikram’s review for Conservation India.

As a child I was once taken on a school trip to the Corbett National Park. We went by a rickety old bus and were housed in tattered tents at Dhikala. Corbett was pristine back then, and the ugly hotels and the so-called resorts had not mushroomed yet. You could still walk freely, and tourists were few and far between. That trip marked a watershed in my life; since then I spend at least six months every year wandering the diverse forests of our immensely blessed country.

On that fateful trip, we were taken to a pebbled beach on the Ramganga River, which was called “Champion’s Pool”. I was told that it was thus named because “Champion” Mahaseer were found in the deep pools. I accepted this explanation for years. It was when I made my first trip to Kanda (made famous by Corbett’s compelling story of the Kanda Man-eater) some years later, that I learnt about a remarkable man called Frederick Walter Champion, a British Forest Officer and a pioneering wildlife photographer.

One of the great joys of visiting old Forest Rest Houses is to peruse dusty old visitor’s books. I looked through the one in the Kanda FRH, and two entries stood out. One, by Jim Corbett, simply said, “Shot the Kanda man-eater today”. The other, by F W Champion, said, “Drove the first car up to Kanda”. I don’t remember the exact words or the dates, but the entries made a great impression on me.

Like all those interested in wildlife, I too became a Corbett addict, and devoured his books, re-living his adventures in my youthful mind. As I delved more into his life, I found F W Champion’s name cropping up frequently.

I discovered that Champion had written two books: With a Camera in Tiger Land (Chatto & Windus, London 1927) and The Jungle in Sunlight and Shadow (Chatto & Windus, London 1934). I simply had to have the two out-of-print books, and scoured the second-hand pavement bookshops of Delhi every Sunday till I found them rather fortuitously. I read – and memorized — every word, every brilliant sentence and every compelling paragraph till I could quote from them verbatim. Many years later, when at a loss as to what to give my ‘wildlifer’ friend, Bittu Sahgal, for his fiftieth birthday, I rather reluctantly gave him these two first editions. I am glad that they found a good home, for he tells me that he reads them every time he feels we have lost the battle for our forests. He claims that these two books re-vitalize him and renew his flagging sprits.

FWC also wrote several articles, and his photographs appeared in several magazines such as the well-known Illustrated London News, The Field, and Country Life, as well as obscure publications such as the Bombay Baroda and Central Indian Railway Annual. His wife Judy, whom he married in 1923, was a perfect match, and accompanied him on several of his tours and helped him with his writings. He also shot quite a bit of 16mm footage, which is now housed, along with his papers and photographs, in the Natural History Museum in London.

FWC was born into a family of nature-lovers (his father was the entomologist G C Champion and his brother Sir Harry George Champion was a pioneer forester based in Dehradun who classified the forest types of India). He first arrived in India in 1913 and after serving a stint in the police and the British Imperial Army, joined the forest department of what were then known as the United Provinces. Tired of the killings he had witnessed in the wars, FWC took to using the camera instead of the gun. He pioneered the use of tripwires and camera traps and produced a stream of excellent photographs of Indian wildlife. He soon realised that using photographs was a good way of identifying individual tigers — a fact that our forest departments have taken several decades to accept.

FWC was far-sighted enough to realise that the seeds of destruction of our forests were being sown in his own life time, and strongly advocated that that the camera should replace the gun — a brave and progressive stance in an era when killing a tiger was considered high sport and indulged by all, from the Viceroy downwards. At a time when it was far more fashionable to look at a tiger down the barrel of a rifle than through the lens of a camera, FWC actually shot only one tiger, though he sometimes shot other animals for the pot. It was around this time that he met Corbett, and tried to persuade him to exchange his gun for a camera. Corbett acknowledges this in the final chapter of Man-eaters of Kumaon. They worked together to form the Hailey National Park, the first such protected area in India, which is now immortalized as the Corbett National Park.

Perhaps FWC’s greatest contribution was pioneering the technique of “tripwire photography” and the amazing photographs he managed to take of tigers, leopards, hyenas, dholes and bears. As K Ullas Karanth, India’s foremost tiger specialist, writes in his brilliant introduction: “As I struggled with my own camera traps, trying to photograph tigers in an effort to get a more accurate count in the late 1980’s, using 35mm SLR cameras and tripwires, I marvelled at Champion’s tenacity with his own archaic camera-traps, sixty year earlier. I was astounded to learn from his accounts that, after thirty years of using camera-traps in prime tiger jungles, Fred Champion managed to get just nine high quality photos of tigers.”

Tripwire for a Tiger is a well-produced and neatly packaged book. It contains 24 articles, arranged chronologically (1926 -1961) and has several of FWC’s famed photographs. My favourite article is the one about the (then) plentiful vultures — ironic that it took less than a century to reverse the situation. Present-day Indian wildlife photographers would do well to read the chapter, Perfect Pictures Hard to Get, and our wildlife administrators and foresters would benefit from the chapter Preservation of Wildlife in the United Provinces.

Both James Champion and Rainfed Books deserve congratulations for introducing this legendary but unsung hero to a new generation of readers.

The book will be out in stores in July and is available immediately from this link at Flipkart.