The Hindu
The Indian Tiger 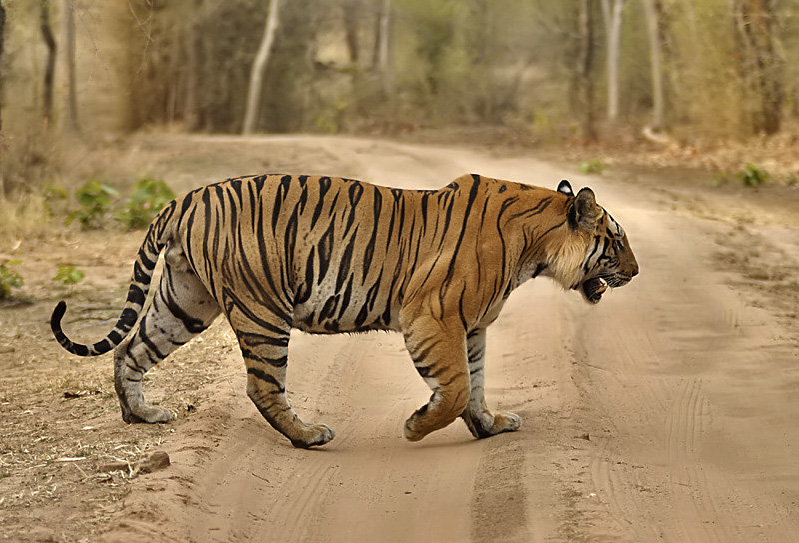 Ramki Sreenivasan
The film is no “soap opera” of the tigers, but a clear call for action to save the National Animal.

“The Truth about the Tiger” is by Shekar Dattatri, a Chennai-based wildlife and conservation filmmaker who has won many awards, both national and international. The film was a compilation of many footages shot by leading wildlife cinematographers and insights from experts.

It was clear from the beginning that this film was no “soap opera” of the tigers, but a clear call for action to save the National Animal.

The documentary opened with the graceful movements of the tiger as it stalked a deer, the lethal stealth in the tall grass and the final chase that proved the law of the jungle — the survival of the fittest. The film also brought out the indulgent mother in the tiger, as it cuddled and frolicked with its cub. But when things got out of hand as it normally does with the young of any species, a gentle tap from powerful paws, brought the little ones, back into line.

While the film had moments of a tiger’s life, from the time of birth, its “adolescence”, territorial behaviour, mating, old age and death that comes in different forms, it also highlighted the dangers that come from the tiger’s greatest enemy — Man.

Clips from the film showed tigers dying of old age, territorial fights and the resulting wounds. But many lost their lives to poaching. The film also showed piles of tiger skin, bones and Chinese shops weighing out portions of tiger organs. For there is a big demand for tiger skin, bones and internal organs in China and other countries. They pay enormous amounts of money to get these. Poachers in India move throughout the country and even when they get caught they have the “money power” and lawyers to get them off.

The film also investigated the fact that wildlife wings of the State Forest Departments are neglected and there is only a few efficient staff to look into poaching and other criminal activities that go on in forest areas. Another important factor showcased in the documentary that contributed to the decline of the tiger is the poaching of prey animals by the local people. Prey animals like the deer are food for predators like the tiger. But when the villagers indiscriminately set wire snares and poison waterholes, the tiger gets caught in these. Pictures of tigers that had died agonizing deaths brought home the fact that tigers had a tough time surviving and were slowly being pushed out of their habitat by man. The film reminded one that the tiger loses out on its food because of the low availability of the prey animals and thereby finds it difficult to survive. Woodcutting, deforestation, farmlands, wastelands, graziers, firing grass, all contribute to the disruption of the natural cycle of a tiger’s life.

Watching the film makes one think of the lives of tigers. Instead being protected in a Reserve Forest they are being hunted.

Tigers are not the only one’s in danger in India. Many other species of animals, birds and plants are also threatened. One must acquire as much knowledge as possible when young so that one can fight for our natural treasures as an adult. You can also teach your parents about wildlife and the need for conservation.

Saving tigers from extinction is not a lost cause, a collective effort is needed from every adult and child. The mantra to be remembered is: “We can do it together.”

More information on his work can be found at www.shekardattatri.com.

There are 39 Tiger Reserves in India in over 17 States. Tiger landscapes in India include the Shivaliks and the Gangetic Plain, the Central Indian landscape, Eastern Ghats, Western Ghats, North East Hills and the Brahmaputra flood plains and the Sundarbans of West Bengal.

Links: www.truthabouttigers.org (free copy of the documentary is available to those who register on this site.) and http://www.cwsindia.org/

Shekar Dattatri : A lot of people are deeply concerned about the decline of tiger numbers and feel rather helpless about the situation. The reason I made this film is to give a clear picture to everyone of what tigers need in order to survive, the exact reason why they are disappearing and what one can do to improve the situation. Armed with this information people can contribute to the survival of the tigers, in a meaningful way.

(The website: www.truthabouttigers.org has pointers and guidelines about 10 specific action codes that people can take. The film can be got free of cost if you contact Sheker Dattatri through this website.)

The film offers solutions : That are practical and what the government can do. But most importantly what people can do — usually people think that they are helpless and that the problem of tigers dying is a problem so remote that they can only read reports and be silent. But wait a minute; you can do something about this.

Write a letter to the Chief Minister of your State about the problem, and ask for more measures to protect tigers and their habitats.

Be well informed. Share your information with friends, parents and adults. Hold competitions in schools

Be a watchdog. Form a group and be aware of activities in and around the forest area if you are living near one.

Go on field trips to understand ground realities. Many organisations, such as WWF, and nature clubs conduct field trips to wildlife sanctuaries and Tiger Reserves. 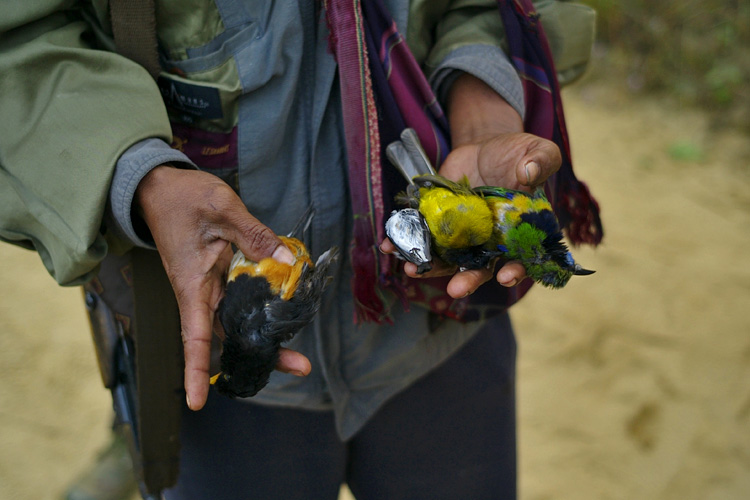