by Shubhobroto Ghosh
Illegal trade is pushing species like Pangolins towards extinction. 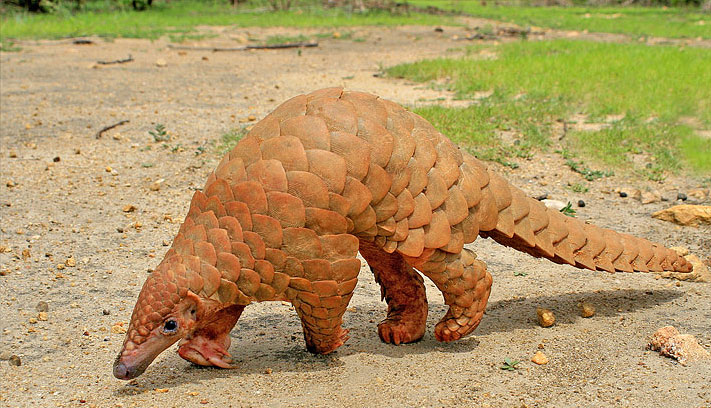 TRAFFIC India, in conjunction with CBI and INTERPOL, is conducting a major wildlife law enforcement training in India next week. Officials from eleven countries are attending. See official press release below:

New Delhi: Senior delegates from various enforcement and intelligence agencies of the eight South Asian countries plus China, Russia, and Myanmar will meet next week to develop a cross cutting operational strategy to curb the growing menace of illegal wildlife trade in the region.

The Integrated Investigative Capacity Development and Operational Planning Meeting in New Delhi, India, taking place from 1-5 July 2013 is a critical step to mobilize co-ordinated action against wildlife crime by the South Asia Wildlife Enforcement Network (SAWEN). The event is being led by INTERPOL’s Environmental Crime Programme and the Government of India’s Central Bureau of Investigation, with additional technical support from the Wildlife Crime Control Bureau (WCCB), the National Tiger Conservation Authority (NTCA), and TRAFFIC.

Against this background, this specialized capacity development and operation planning meeting will aim to identify regional priorities in wildlife law enforcement, implement a common approach for regional operations and bridge communication gaps between agencies at the national and regional levels. This meeting will also help to strengthen SAWEN as an institution by connecting focal points and specialists with other national colleagues and government representatives. The initiative will help enhance enforcement capacity for the conservation of wild tigers and other Asian big cats, linking up with INTERPOL’s Project Predator. The capacity development and subsequent operational planning will allow participants to guide the international community with targeted regional strategies for information strategies and effective investigations.

At least three officials from each of the South Asian countries (Afghanistan, Bangladesh, Bhutan, India, Maldives, Nepal, Pakistan, Sri Lanka) representing one or more enforcement agencies, including the police, wildlife departments, the Directorate of Revenue Intelligence, INTERPOL National Central Bureaus, environmental agencies, SAWEN focal points and Customs agencies are expected to attend the meeting as well as delegates from China and Russia.

Dr Shekhar Kumar Niraj, Head of TRAFFIC in India said: “TRAFFIC is very excited about this meeting and hopeful that concrete plans for combating wildlife crime will emerge from it – the inputs from INTERPOL and India’s CBI, along with other experts, will play a critical role in assisting SAWEN to realize its full potential as a best-practice law enforcement network.”

The meeting will largely focus on capacity development of tools for the support of investigative operations, intelligence-led best practices such as controlled deliveries, questioning wildlife smugglers, risk management and ethics and professionalism in building wildlife cases.

“The meeting is crucial for SAWEN since one of its main mandates is to bring together the eight South Asian countries for fighting wildlife crime. A concentrated global response in the form of a well committed and focused operational plan by the countries and SAWEN is necessary to stop illegal wildlife trade” said Dr Niraj.

Generous financial support from both the US Department of State and USAID is acknowledged in making this landmark training event possible.

TRAFFIC was established in 1976 and since then it has developed a considerable international reputation for helping to identify and address conservation challenges linked to trade in wild animals and plants. In India, TRAFFIC carries out research and provides analysis, support and encouragement to efforts aimed at ensuring that wildlife trade is not a threat to conservation of nature in India. TRAFFIC in India works as a programme division of WWF–India, the largest conservation organization in India. TRAFFIC is a strategic alliance of WWF and IUCN. 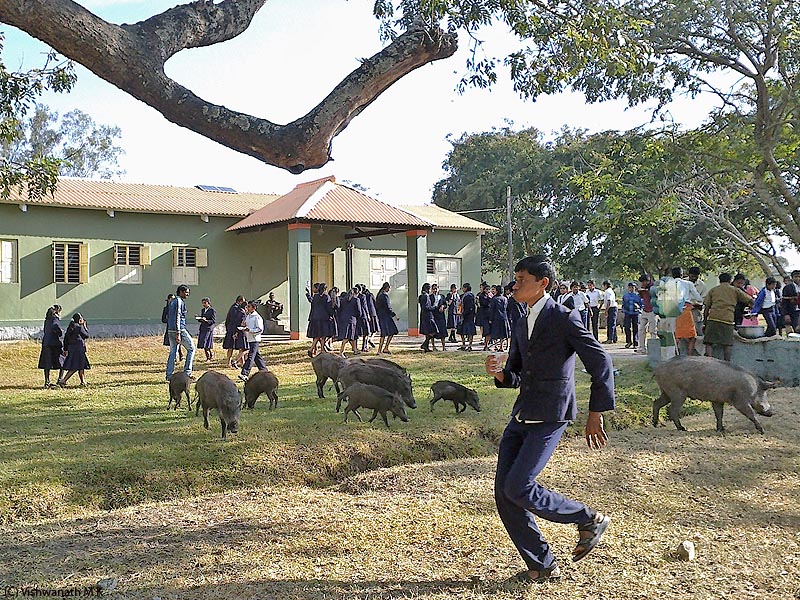 Tourists and ‘Not So Wild’ Life