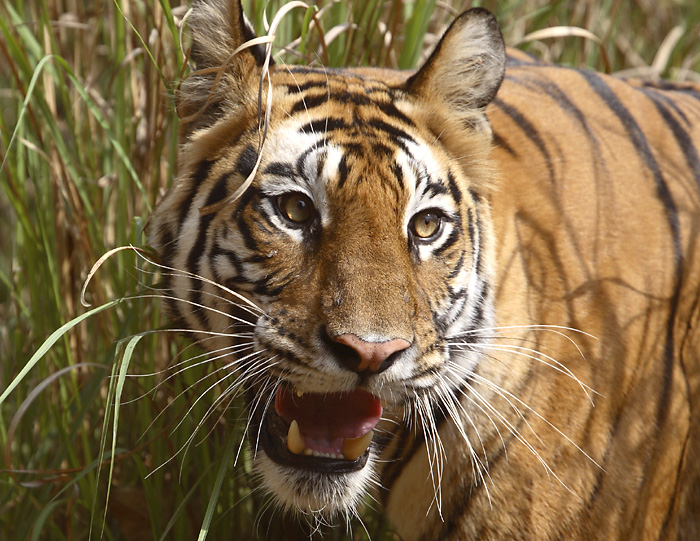 Ramki Sreenivasan
About 3,000 tigers live in the wild - a 40% decline in a decade

Governments of the 13 countries where tigers still live aim to agree moves that could double numbers of the endangered big cats within 12 years.

About 3,000 tigers live in the wild – a 40% decline in a decade. There are warnings that without major advances, some populations will disappear within the next 20 years.

Five prime ministers are due to attend the summit, including China’s Wen Jiabao and Vladimir Putin of Russia.

“Here’s a species that’s literally on the brink of extinction,” said Jim Leape, director general of conservation group WWF. “This is the first time that world leaders have come together to focus on saving a single species, and this is a unique opportunity to mobilise the political will that’s required in saving the tiger.”

The draft declaration that leaders will consider acknowledges that “Asia’s most iconic animal faces imminent extinction in the wild”.

Measures aimed at doubling numbers include making core tiger areas “inviolate”, cracking down on poaching and smuggling, making people aware of the importance of tigers, and setting up cross-boundary protected areas where necessary.

A recent report by Traffic, the global wildlife trade monitoring organisation, said that body parts from more than 1,000 tigers had been seized in the last decade.

But there is acknowledgement that some of the smaller nations will need help, in the form of money and expertise.

Earlier this year, scientists calculated the price of effective global tiger conservation at $80m (£50m) per year, but said only $50m was currently on the table.

However, campaigners say financial concerns should not be an excuse for inaction. The Environmental Investigation Agency (EIA) points out that by comparison, it is estimated that “China spent $31bn on the Olympic Games in 2008, while India spent a total of $2.6bn on the 2010 Commonwealth Games”. “This is the big question,” said EIA’s campaigner Alasdair Cameron.

“The draft deal has a lot of positive stuff in it, but a lot of the stuff has been around for years – what we need is the political will to make it happen.”

He identified two elements missing in the draft deal: measures to reduce the demand for tiger skins and bones and body parts for traditional medicine, and any discussion of tiger farms. Both are sensitive topics in China, where it is estimated there are more tigers in captivity than exist globally in the wild.

The World Bank has given substantial backing to moves aimed at saving the tiger, and its president Robert Zoellick also referred to the need to reduce demand, especially in China and Vietnam.

“There’s no question everyone recognises this as a core issue – the challenge is how we get at it,” he said.

From a scientific perspective, one of the most worrying aspects of the tiger’s plight is that many populations are very small – fewer than 100 animals.

The declaration would see core tiger habitat put off limits from any other usage. This means that incidents such as disease can prove particularly severe.

Of the nine sub-species recognised to have been in existence 100 years ago, at least three have since disappeared. The Bali tiger was last seen in the 1930s, while the Javan and Caspian sub-species were wiped out in the 1970s. All are officially listed as extinct. The South China tiger may also have disappeared from the wild, with no sightings for nearly 40 years.

Jean-Christoph Vie, deputy head of the species programme with the International Union for the Conservation of Nature (IUCN), suggested the tiger could be seen as a test-case for whether countries are really serious about saving biological diversity.

“Some people are saying ‘well, doubling the tiger population is good, but we have no room’ – I’ve heard that said [in preliminary meetings],” he told the BBC.

“It needs to be done everywhere – especially we need to see a doubling where you have significant populations. If you leave tigers alone and don’t kill them and don’t poach them, then naturally they will double in 10 years.” 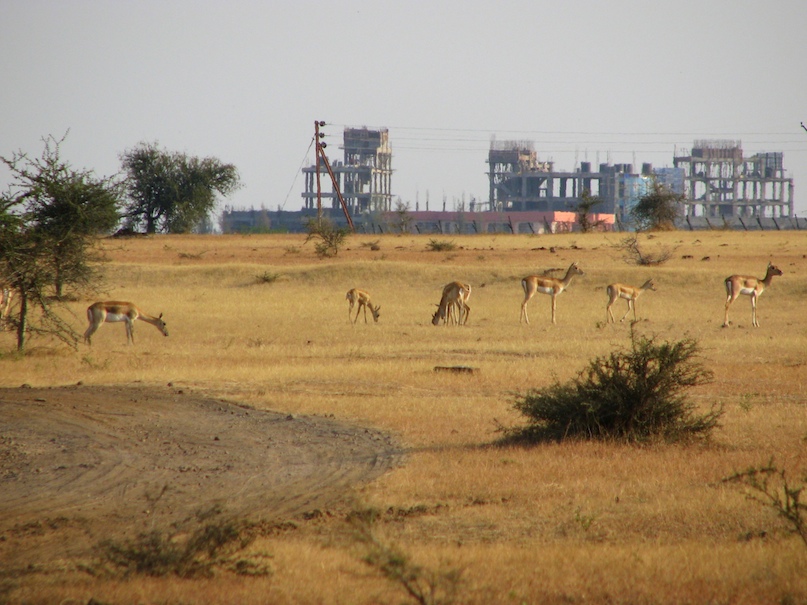 Eating away their grasslands