The Royal Bank of Scotland (RBS), a subsidiary of the RBS Group, announced the winners of the RBS ‘Earth Heroes’ Awards for 2013. Seven individuals/ institutions from the field of wildlife and conservation, who have demonstrated exemplary work on the ground, were chosen by an independent jury, for the RBS Earth Heroes Award. The jury panel, comprising active wildlife enthusiasts, environmentalists and conservationists, reviewed nominations received from across the country.

1. The RBS ‘Earth Hero’ Award was conferred upon Mr. JJ Dutta for his untiring effort to secure and nurture wildlife in Madhya Pradesh over many decades. The state has also been given a name ‘Tiger State’ due to his 34 years of dedicated and distinguished service in the field of forestry and wildlife management in Madhya Pradesh Forest Department.

The efforts made by the management of Simplipal to protect and conserve the biodiversity of the region are highly commendable especially in the face of severe challenges and constraints following the left wing extremist attack that had demoralized the staff; limited support and inadequate infrastructure at the park.

Indian Coast Guard’s devotion to nation, nature and seafarers is noteworthy. They have put in efforts for conservation of marine wildlife and ecosystem, protection of coastal environment including sensitive mangroves, conservation of human life and property at sea and massive environmental campaign awareness building in coastal villages.

3. The RBS ‘Protect the Tiger’ Award was conferred upon Mr. D.V Girish for his contribution towards wildlife conservation and environmental protection over the past 20 years. Mr. Girish has emerged as an influential community leader and steward of the biologically rich and ecologically important Bhadra-Kudremukh landscape. Girish received a certificate of appreciation in 1998 from the Wildlife Conservation Society (WCS) in New York. He also has received Carl Zeiss award (2002) and ‘Tiger Gold’ award of the Conway Foundation (2004) for his contributions to tigers in Bhadra.

4. The RBS ‘Inspire’ Award was presented to Mr. Nirmal Kulkarni for his contribution towards nature conservation. Recognized by Carl Zeiss, EcoBest Ecologist and Karmaveer Awards, Nirmal was also a part of the team that worked on conserving the Bhimgad forests in Karnataka. Their efforts ultimately led to the creation of Bhimgad Wildlife Sanctuary.
5. The RBS ‘Green Warrior’ Awards was presented jointly to Mr. Jigmet Takpa, Indian Forest Service Officer in the Forest and Wildlife department of Ladakh, Jammu & Kashmir and Mr. Jadav Payeng, Environmental Activist and Forestry Worker, Jorhat, Assam.

Mr. Jigmet Takpa was awarded for his accomplishments in the field of biodiversity conservation, sustainable rural development and climate change mitigation. His involvement in the Greening Himalaya project was recorded by the Guinness Book of World Records. Mr. Takpa has pioneered the idea of protecting the entire Trans- Himalayas under an umbrella conservation project titled ‘Project Snow Leopard”.

Mr. Jadav Payeng, through his continuous effort over decades, succeeded in turning a sandbar of the river Brahmaputra in to a forest reserve by planting trees. The forest, called Molai forest after him is located near Kokilamukh of Jorhat, Assam, India, and encompasses an area of about 1,360 hectares. 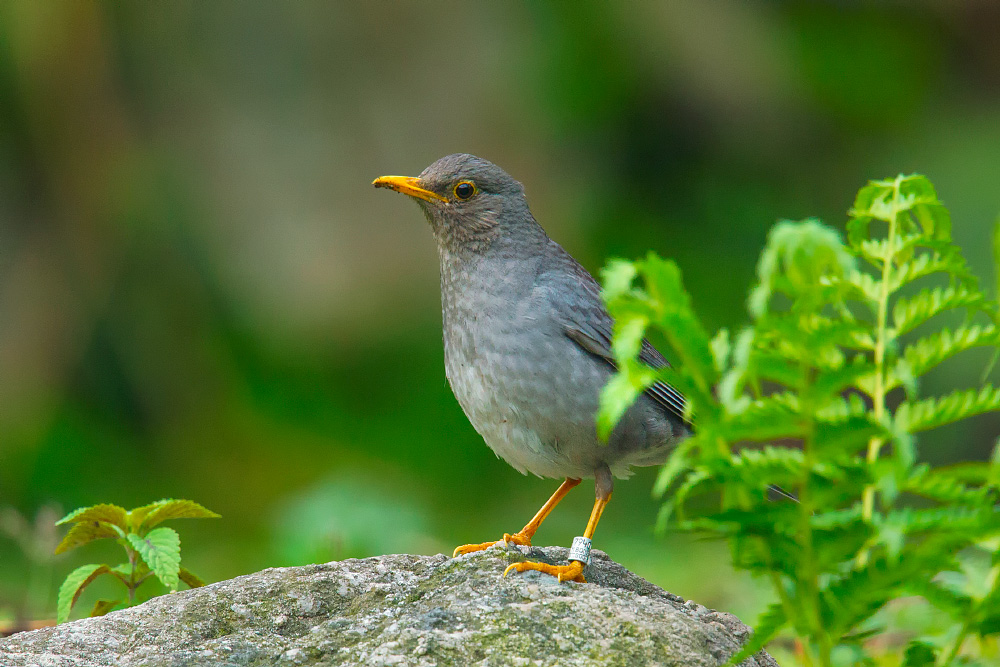