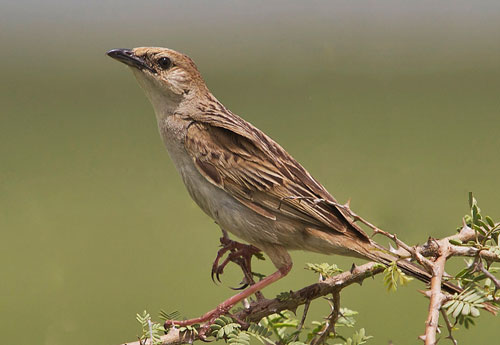 Arpit Deomurari
Birdwatchers have observed this rare species breeding in this area.

Dadri in Greater Noida is now home to a bird species that is rarely seen in the Indian subcontinent — the Bristled Grassbird. Bird watchers have not only spotted breeding grounds of the rare bird but also managed to capture the sight of their breeding on camera for the first time.

Enthusiasts from Delhi, Noida and adjoining areas have recorded the presence of over 220 species of rare migratory and resident birds in the wetlands of Bil Akbarpur village.

But this area, also known as the Dadri wetlands, is under threat. The state government has changed the land use status of the area from agriculture to commercial, paving the way for private builders to destroy the bird habitat.

The area also has a lake spread over acres that attracts some rare migrant birds from central Asia and Ladakh. “The area resonates with the flutter of thousands of wings round the clock. One can spot more than 5,000 birds at any given time. There are tens of thousands of birds in this habitat and many more are coming. Thi area has over 100 resident birds,” environmentalist Anand Arya said. “The wetlands have some of the most threatened species such as the sarus crane and black-necked stork that are unusual in any other place in the world,” he said.

“Dadri is one place which represents all families of birds — migratory or resident. It is richer in habitat than the Sultanpur or Okhla bird sanctuaries,” he said. Out of the 220 species recorded in Dadri wetlands during the past four years, environmentalists have spotted sarus (the state bird of Uttar Pradesh), blue throat (a rare bird from Alaska) and waterfowl such as malard, pintale, shovelers, garganey, pochards, wigeons and waders.

Bil Akbarpur has more than 40 sarus that were also found breeding in that area. Besides, the wetlands provide habitat for waterfowl from Central Asia and Europe, the bar-headed geese from China and grey goose from Ladakh and Tibet. However, despite it being one of the richest bird habitats, the area is being destroyed as the state government has allowed construction of townships and other commercial ventures there. A private builder is coming up with a township on the lake that attracts hundreds of winged visitors.

Environmentalists are now questioning the sale of the lake land to the private builder.

“Under the Bhudaan campaign launched by Vinobha Bhave, the government had allotted this land to below poverty line people. This land, by law, cannot be sold to any private party by anyone. How has this been sold to private builder?” an environmentalist questioned.

“The breeding of bristled grassbird has been recorded for the first time-ever in this habitat. The private builders are wreaking havoc and the state is out to destroy it instead of protecting it. Once gone, it is gone forever. It is a big national loss in terms of wildlife,” an environmentalist said.

Arya said: “We are asking the government to declare it a protected area, bird habitat or ecosensitive zone so that there is no change in the land use.”

When confronted with the issue, Gautam Budh Nagar district magistrate Deepak Agarwal said: District forest officer Irfan Khan said, “We are not sure of who the actual owner of this land is. This has to be verified. In any case, the wildlife has to be preserved and any threat to it is not permitted by law.” 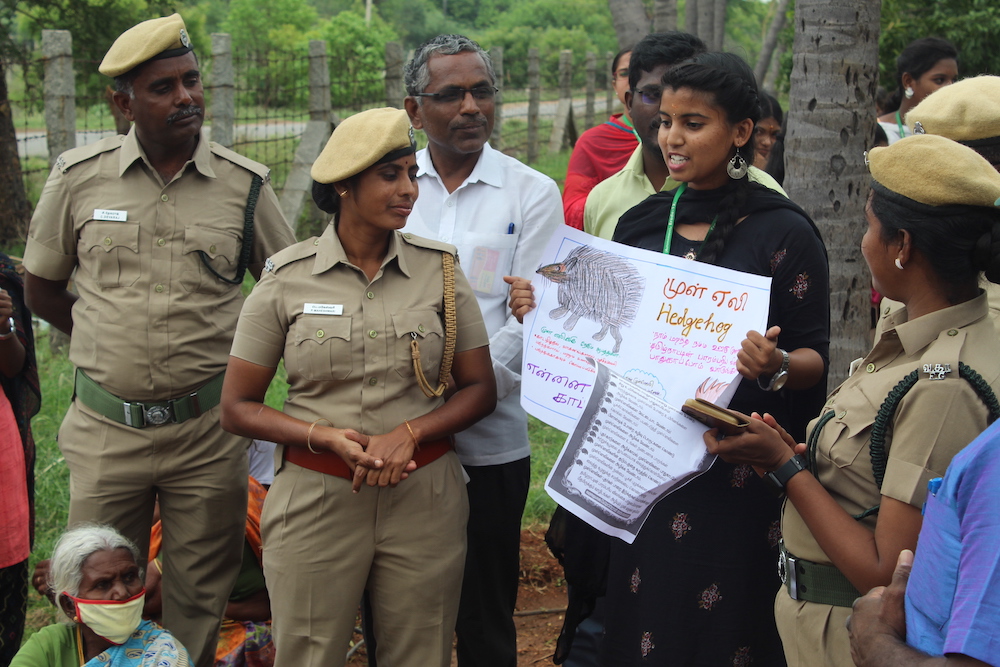 Conservation of the Madras Hedgehog in Rural Tamil Nadu