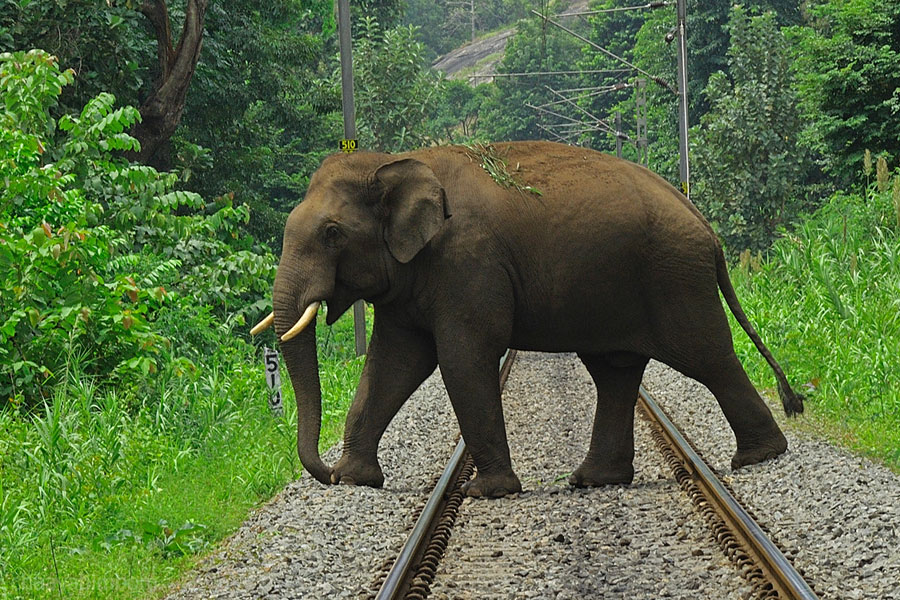 This is one of the most powerful images we've seen, depicting a chronic and serious problem. To think of a bull like this, in his prime, being knocked down by a speeding train, is too horrendous to contemplate. How many more elephants must die before a solution is devised?

This image was shot at 1209 hrs on 13th Oct 2012, at km 510/21 on the B-line of the Palakkad- Coimbatore railway line, a kilometre away from the Walayar Railway station, in Kerala. The B-line, which has been laid through the Walayar Reserve forest, bisects an elephant corridor. More than thirty elephants have been killed / maimed during the last two decades (see post on calf being run over), due to speeding trains between Kanjikode and Madukkarai (a 30km stretch of dense forest) in this section. In spite of this, no concrete measures seemed to have been taken to protect the elephants. The crossing recorded in this image was long after both the Railway and the Forest departments claimed that the entire track was cordoned off by electric fencing, and the elephants were safe. The fencing was found to be breached in atleast three places by the elephants by pushing huge teak trees onto it, and coolly placing the feet exactly between the wires. I once had the opportunity to show this to a forest officer, and heard him exclaim in despair “Iniyippol enthaa cheyyuka?” (What the hell do we do now?). Astounding that they thought that elephants could be totally boxed in by power fences!

Six minutes after this elephant crossed the track, the Ernakulam – Coimbatore Intercity Express sped through at an impressive 100kmph. It was an escape by the skin of its tusk that day for ‘Ganesan’ (so named by the local populace).

A week later, tragedy struck. It was around the same time, and he crossed the track a few metres away. There was a curve beyond, and the Intercity Express bore down on him and brushed his left posterior. He slipped down the track embankment and managed to drag himself into the forest. He traversed the power fence through the breach and went back to the safety of the jungle. Semi-digested food, and dung were indicators of the trauma he might have undergone. Fortunately, the damage inflicted was minimal, and he returned to his favourite haunt a few months later.

It seems to be a never ending story, with no one willing to see the writing on the wall. A railway line (The Dedicated Freight Corridor)is to be built barely 700 metres from the periphery of the Thol Wildlife Sanctuary in Gujarat, overlooking the recommendations of the National Board for Wildlife (NBWL). A concerted signature campaign is being run by concerned environmentalists and other citizens. It remains to be seen whether it will bear fruit, in the present scenario, where reason has taken a back seat, and greed in the name of development seems to be tethered to the driving harness.

Still, let us not give up hope, and continue our efforts.

See other CI posts on railway lines as a serious conservation threat. 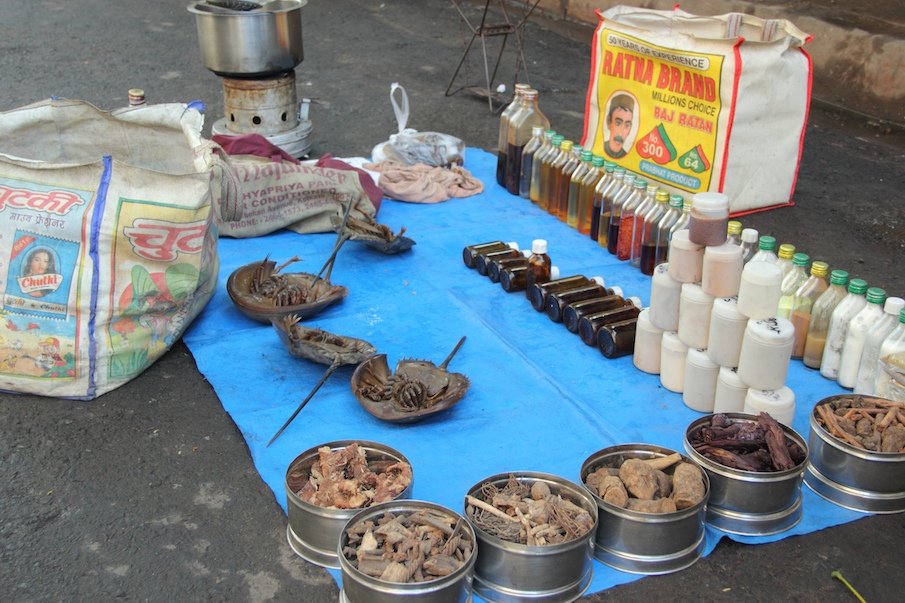