June 10, 2014: In an alarming development, India’s new Union Minister of Environment and Forests, Prakash Javadekar, of the recently elected National Democratic Alliance (NDA), has cleared a proposal from the Coast Guard to set up a RADAR station on Narcondam Island in the Bay of Bengal. The tiny Island, part of the Andaman and Nicobar Island group, is the only home of the endemic Narcondam hornbill. It is located close to Coco Island, part of Myanmar territory, where China is said to have set up a listening post. The Coast Guard’s proposal had earlier been rejected by the previous United Progressive Alliance (UPA) Government.

It should be noted that in February 2012, Dr. Asad R Rahmani, Director, Bombay Natural History Society, made a site visit on behalf of the Standing Committee of the National Board for Wildlife (NBWL), a high-level statutory advisory body of the Government, and strongly recommended rejection of the proposal, as it posed a grave threat to the only population of Narcondam hornbills in the world. This was unanimously supported by the other Independent Members of the NBWL at the Standing Committee meeting held on 13 June 2012. Based on the objections, the project was scrapped by the previous UPA Government in November 2012.

In another significant development, Narcondam has been placed on the tentative list of World Heritage sites for its outstanding universal natural value. Any development on this 6.8 sq km island could be devastating to its flora and fauna, particularly its unique hornbills. It is hoped that our collective opinion will persuade the Indian government to find an alternative location for the RADAR station.

Great News! The Ministry of Environment & Forests (MoEF) has rejected the proposal by the Indian Coast Guard to erect a RADAR installation on Narcondam Island in the Andamans.

CI urges your immediate action regarding a serious threat faced by India’s Narcondam Island and the endemic and endangered Narcondam Hornbill (Aceros narcondami).

Many organizations and people have written to the Union Minister for Environment and Forests. If you haven’t done this yet, please do, as the new NDA government is proposing to clear the project.

Narcondam is an extremely remote, tiny island in the Andaman and Nicobar Island group, and is home to about 300 Narcondam hornbills, a species that is found nowhere else in the world.  It is a notified Wildlife Sanctuary. The island is uninhabited but for a small police outpost.

A proposal  from the Indian Coast Guard to build a RADAR installation and a diesel power generation station on the island was recently placed before the Standing Committee of the National Board for Wildlife (NBWL). The plan includes new constructions, a wide 2-km road through virgin forest that will require considerable tree felling, additional human presence, and high potential for chronic and increased disturbance to this lushly forested island and its small hornbill population.

The existing police outpost has itself caused some loss of habitat. It is dependent on the single freshwater source available on the island, and any additional human presence and installations will only compound the problems for the island and its unique flora and fauna. The infrastructure construction that is planned will entail large numbers of labourers camping on the island for months or years.  The island will become an open latrine, introducing all manner of pathogens into the environment. Vegetation will be cleared for labour camps and workers will undoubtedly cut firewood from the forest for their cooking needs. It is almost inevitable that many will also hunt anything that moves in and around the island to add protein and flavour to their daily meals. Who will monitor and prevent all this? Once the construction begins, it will be classified as a ‘defence project’ and the island will become off limits to practically everyone else. This is exactly what happened when a missile testing base came up right next to the olive ridley mass nesting beach in Gahirmatha, Orissa, over a decade ago. Today, bright lights blaze throughout the year, causing light pollution, and domestic and feral dogs from the base invade the nesting beach and feast on turtle eggs.  Once the RADAR and affiliated construction activities begin, Narcondam will suffer irreparable harm and degradation.  It is also very likely that more and more buildings and facilities will be added in the future.

It is undoubtedly with all this in mind that Dr. Asad R Rahmani, Director, Bombay Natural History Society, who made a site visit in February this year on behalf of the Standing Committee, has strongly recommended rejection of this proposal. This was unanimously supported by the other Independent Members of the NBWL at the last Standing Committee meeting held on 13 June 2012.

Why We Should Oppose This Project

Every agency desires to show progress by doing something new, and the Coast Guard is probably no exception. But so far, no documents have been placed before the Standing Committee of the NBWL explaining why, after all these decades, a RADAR station is suddenly needed in that location.  Is there a new or emerging threat to national security?  If so, is this the only way to monitor it? Has the CG explored alternative sites or alternative means?

Why is the project still “under consideration” after a site inspection carried out by an NBWL expert categorically concluded that it should be rejected? With the survival of an entire species at stake, isn’t this a good reason to look at alternative sites and means of achieving the same end? When all the Independent Members of the Standing Committee of the National Board for Wildlife are unanimously opposed to the project, where is the question of keeping a decision pending? After all, it is the Committee that is empowered to take a collective decision. If the Minister could take a unilateral decision overriding the majority opinion of the Committee, where is the need for a Committee or, for that matter, the NBWL itself? It is clear that this proposal, like many others, is being rushed through without adequate due diligence. This is not acceptable, notwithstanding the bogey of “national security”.

Finally, the Wildlife (Protection) Act and Supreme Court orders are clear: no non-forestry activities can be taken up in Protected Areas unless they are for the betterment of wildlife.

The onus is entirely on the Government to come up with a list of viable alternatives. The Ministry of Environment and Forests must constitute an independent, multi-disciplinary team to examine alternate sites as well as alternate means to achieve the objective of monitoring maritime activity in the Andaman Sea. So far there has been no move to do so.

What You Can Do

The proposal is still pending with the Minister of State for Environment and Forests, Mr. Prakash Javdekar. Nature Conservation Foundation (NCF), a former Member of the NBWL and its Standing Committee, has written a letter to the Minister explaining why the project must not be given the go ahead. The letter clearly sets out several ecological reasons, and we urge you to read it carefully to familiarise yourself with the facts (you can download the PDF of the letter from the link above).

While the Independent Members on the Standing Committee will undoubtedly continue to intervene in this matter, we urge you to support their stand by appealing to the Minister to heed scientific advice and take a far-sighted decision to reject the proposal and  safeguard this fragile island and its wildlife.

Please write to the Minister for Environment and Forests, as well as to the Member Secretary of the NBWL Standing Committee, immediately, expressing your concern.  If you send an email or a fax, also send a hard copy of the letter to the addresses provided below. Please email a copy of the letter to us so that we can maintain a record. Above all, please share this CI appeal widely through your social networks. The threat is serious and requires both speedy and sustained action.The above video is also available on YouTube – if you want to share the link or embed it.

Minister of State for Environment & Forests

Chairperson, Standing Committee of the National Board for Wildlife (NBWL)

Ministry of Environment and Forests, Government of India

Member-Secretary, Standing Committee of the National Board for Wildlife

Ministry of Environment and Forests, Government of India

You can mail your campaign mails to Conservation India at info@conservationindia.org. 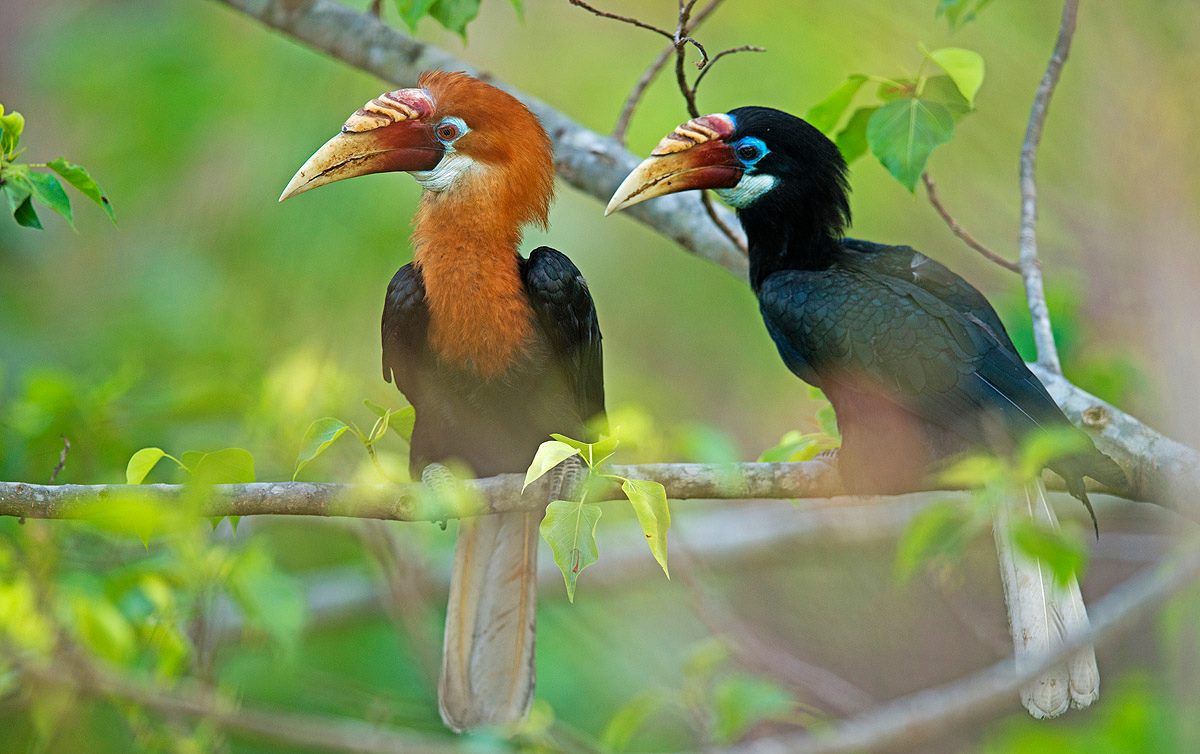 The hornbill is listed under Schedule 1 of the Wildlife Protection Act. 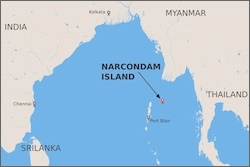 Map by Vasanth Asokan
The remote Island is highly vulnerable to environmental disturbances.