Pulicat Bird Sanctuary, spanning northern Tamilnadu and southern Andhra Pradesh is the 2nd largest brackish water ecosystem in India. Hundreds of thousands of migratory waterfowl throng the lake from October to April, including large numbers of Greater and Lesser Flamingos. Efforts are underway through national conservation bodies such as Bombay Natural History Society (BNHS) and Salim Ali Centre for Ornithology and Natural history (SACON) to declare it as a wetland of international importance and obtain for it the status of a Ramsar Site.

46 villages (16 island villages and 30 adjoining villages) depend on the lake directly or indirectly for their livelihood. However, this fragile wetland ecosystem is under serious threat because of a plan to build a ‘world-class’ port and ship building centre, which will lead to massive dredging and also result in many ancillary industries coming up in the area. In order to facilitate this project, a draft notification has been issued by the Ministry of Environment and Forests (MoEF) to reduce the mandatory Eco-Sensitive Zone (ESZ) around the sanctuary from 10 km to 2 km in an attempt to blatantly bypass the law.

The Indian Bird Conservation Network (IBCN) in Andhra Pradesh, led by Mr. K Mrutyumjaya Rao, has been on the ground and field, following the decision making process. The IBCN recommends increasing the ESZ to at least 10 kms, based on previous suggestions by senior officials of the forest department in 2007.

Following a Supreme Court order in 2004, the MOEF issued guidelines on declaration of Eco-Sensitive Zones (ESZ) around all Wildlife Sanctuaries to act as “shock absorbers” for protected areas by regulating and managing activities around them. All activities in the ESZ shall be governed by the provisions of the Environment (Protection) Act, 1986 and carefully regulated. As per this guideline, the ESZ of Pulicat Bird Sanctuary was earmarked by the Andhra Pradesh Forest Department as 10 km in a letter to the Government from the Principal Chief Conservator of Forests (PCCF), Andhra Pradesh, dated 05-03-2007, Reference Number 779/07/WL-1. However, in a draft notification by the MoEF dated 03-01-2014, the ESZ has been reduced from the proposed 10 km to 2 km. On 16-09-2013, the government notified the creation of a major shipping port with an extent of 5028 acres at Dugarajupatnam of Pulicat Bird Sanctuary with another 9700 acres earmarked for future requirements. The reduction in the ESZ and the proposed major commercial shipping port right next to a major and significant wetland area will cause irreparable harm and damage to the Pulicat Bird Sanctuary and will also affect the livelihood of the fishermen in the area. This reduction of the ESZ by the MoEF is completely unwarranted and is an invitation to ecological disaster.

1. Increase the Eco-Sensitive Zone for Pulicat Bird Sanctuary to 10 km around the entire Sanctuary. There should be no relaxation of any sort offered to establish any ecologically damaging activity like hazardous industries, thermal power plants, seaports or airports in the 10 km width ESZ.

2. Explore other alternatives for the port in non-ecologically sensitive areas. 3. MoEF and State Forest Departments should work towards proposing Pulicat Bird Sanctuary as a Ramsar Site.

What you can do immediately

The proposed reduction of the Eco-Sensitive Zone around Pulicat will lead to serious ecological threats to this unique wetland. The MoEF has solicited public comments until the 3rd of March on the proposed reduced ESZ, so there is little time to be lost. We recommend that you immediately object to this project by writing directly to the Ministry of Environment and Forests (MoEF) via email or post by or before 3rd march 2014 (see sample letter below).

Conservation India’s previous campaigns to highlight the plight of the Narcondam Hornbill, Great Indian Bustard and the Amur Falcon were extremely successful thanks to the number of people who participated in them and the media coverage that ensued. We request you to kindly publicise this critical issue so that we can save this important wetland eco-system. Please act now!

To: The Secretary, Ministry of Environment and forests,

As per the Eco-Sensitive Zone (ESZ) guidelines of the Ministry of Environment and Forests, the ESZ for Pulicat sanctuary was earmarked by the Andhra Pradesh Forest Department with 10km width in 2007. However, the draft notification by the MoEF dated 03-01-2014 earmarks only 2km as ESZ despite being fully aware that a major port/ship building centre with 5028 acres was proposed and a Gazette notification bearing No 479 was issued on 16-09-2013 to establish the major port at Dugarajupatnam of Pulicat lake sanctuary.

A major port in the ESZ (or even in the vicinity) of a unique and fragile ecosystem like Pulicat could be disastrous with colossal and irreversible ecological loss. I/we object to the proposed reduction in ESZ notification. The ESZ should remain at 10 km from the Sanctuary boundary on all sides. The Pulicat Lake is a very important foraging ground for Greater and Lesser flamingos. 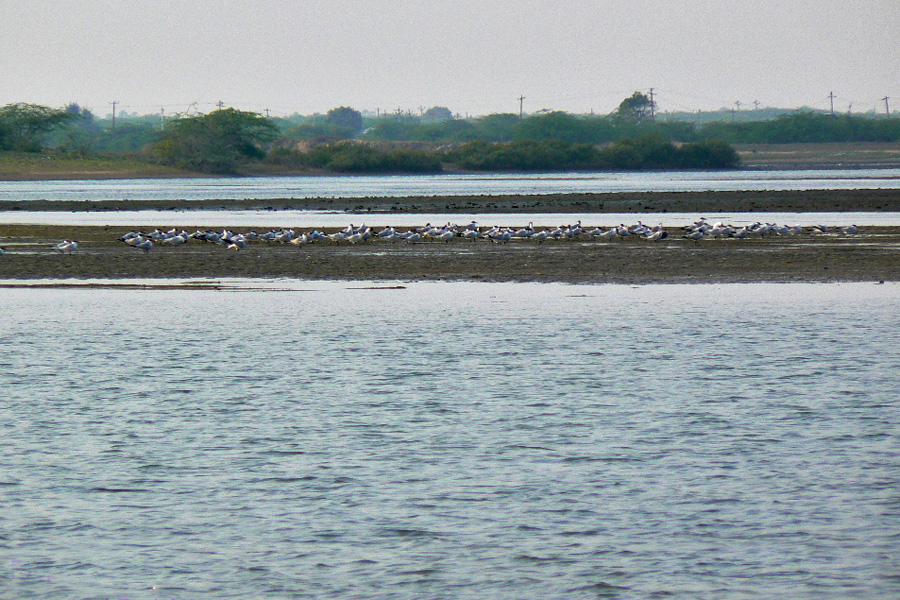 K Mrutyumjaya Rao
If a 'major' port is constructed at Dugarajupatnam the ecological damage will be colossal.