Q: On the whole I am struggling to see how the Western Ghats Ecologically Sensitive Area notification would protect the WG in any significant manner. It seems to only limit the avenues by which the resources of the WG can be exploited. But the combination of existing “Red” industries, new hydro projects, new “Orange” and “Green” industries, new townships below 50 ha in area, potentially new highways, etc. are adequate to degrade these ESA I guess? Not a comforting thought. If CI has any information on the above concerns, please do share.

Answer: Yes. That would have been a logical decision. However, based on the decision of the Central Government in March 2016 – that  “No Red category of industries shall normally be permitted in the ecologically fragile area / protected area” –  it would be possible to stall renewals of existing Red category of industries in the ESA based on the settled principle laid down by the Supreme Court that renewal of mining leases in forests amounts to a fresh lease and is not automatic. Non-official experts on EACs must exercise proper diligence in dealing with such renewal proposals. Furthermore, due to existing restrictions under other laws, not many Red category industries, other than mining, have been allowed to establish in the 37% area identified as ESA.

2. Hydro power projects – this is possibly the most vulnerable aspect of the WG conservation. As the ESA is only 37% of the total WG area, ideally hydro projects should have been kept at par with mining. There is always the option of having these projects in the remaining 63% of the WG. Allowing hydro projects every 3 kms opens up the gates for large scale fragmentation and degradation. The statement of “uninterrupted ecological flow of 30% in lean season” seems unrealistic and almost Quixotic when you can have a dam every 3 kms. Your comments?

Answer: Yes. As you have rightly pointed out, this indeed is a real dilution brought about in the Kasturirangan Committee report, which the Government has cherry picked.

3. The Red, Orange and Green classification by Pollution Control boards (Central and State) are applicable for normal geographies in the country. The norms have to be far stricter for ecologically sensitive areas like the WG. Many industries in the Orange category appear harmful for ecology i.e. manufacture of pesticides and insecticides, fragrances and perfumes, non-alcoholic beverages, stone crushing, etc. There has to be a separate categorisation for ESAs which is more stringent. What are your views?

Answer: There is a new ‘White’ category now introduced for industries with a Pollution Index score of upto 20. In Karnataka Stone crushing is in the Red and not Orange category. Pesticides have been listed by the MoEf as a heavily polluting industry and it would only be logical that such industries are phased out / not permitted in the ESA. It can be argued that even with the existing legal regime, such proposals in ESAs are to be rigorously scrutinized. But with the Government pushing its “ease of doing business” policy, we have to be extremely skeptical of the MoEF’s approach.

4. It says that where diversion of forest land for non-forestry purposes is planned, the same shall be placed in the public domain. If I recall, the Kasturirangan report prohibited such diversion. The intent of this paragraph is not clear. There is no mention of any cap on such diversion nor is there any mention of baseline forest cover %. Theoretically all of the ESA can be diverted to “orange” or “green” industries, which are permissible. Correct?

Answer: The WG ESA notification is one amongst the many other safeguards that already exist. Much of the identified ESA comprises National Parks, Sanctuaries, Reserved Forests and Deemed Forests, which are protected under the Wildlife Act and FC Act. Further, other restrictions imposed by the Supreme Court apply for PAs including Buffer zones and ESZs around PAs.

5. There is no mention of restrictions on infrastructural projects like highways, railways, etc.

Answer: The following clause in the notification may be relevant – “(c) In the case of activities that are covered in the schedule to the Environment Impact Assessment notification number S.O. 1533 (E), dated 14th September, 2006, published by the erstwhile Ministry of Environment and Forests and are falling in the Eco-sensitive Area, except the projects and activities which are specifically prohibited under sub-para (1) shall be scrutinised and assessed for cumulative impacts and development needs before considering for prior environmental clearance by the Ministry under the provisions of the said notification”.

Lastly, we must understand that the declaration of the ESA has traversed a very bumpy path with tremendous opposition by vested interests who are hell bent upon scuttling even this draft notification. They are working overtime to create a scare in the minds of local people though a vicious mis-information campaign that thousands of people in the 2500 odd villages listed in the draft notification would be displaced and even bona fide activities like agriculture would be stopped. Therefore, in such a hostile situation, we must simply try and ensure that the draft notification is not diluted further. 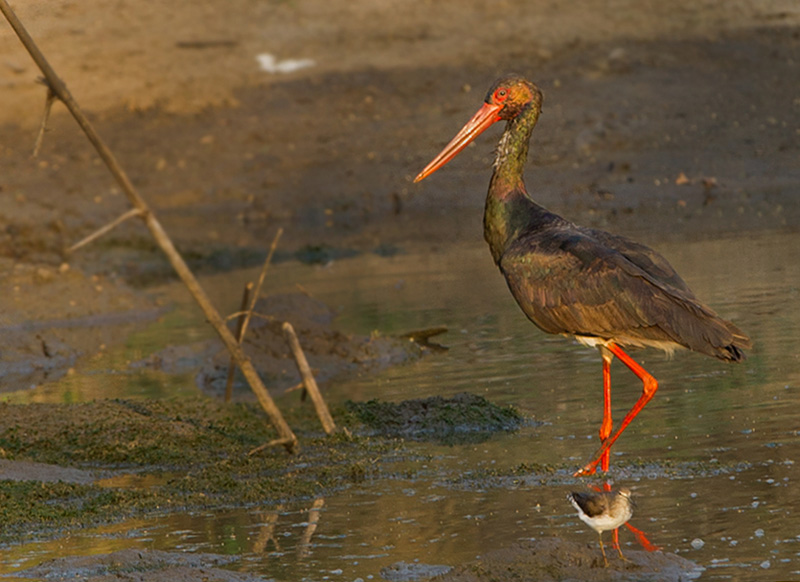