Q: Hi, I read that photography of GIB during the breeding season of April-Oct has been banned by Ministry of Environment and Forests. We would like to understand more about it. Since folks post GIB images on our INW website, your response will help us to take appropriate steps to update our posting guidelines if required.

As part of the Species Recovery Programme for the Great Indian Bustard, the Ministry of Environment and Forests (MoEF) has reportedly banned photography of the Great Indian Bustard during its breeding season from April to October. The reason cited is: “Unethical photography during breeding season often acts as a constant source of disturbance to the bustards and disturbs breeding patterns.”

Anyone found photographing GIBs during the ban period is liable to be prosecuted under the Wildlife (Protection) Act 1972 and could face a jail sentence.

While the MoEF has not defined ‘unethical photography’, we all know what it means — indiscriminately trampling or driving over an animal’s habitat, persistently following it despite its nervousness to the photographer’s presence, trying to flush it out of cover, baiting it for a shot, and a host of other such activities.

Coming to the MoEF’s specific ban, we suggest that all wildlife photographers abide by it and, even outside protected areas, voluntarily refrain from photographing GIBs during the breeding season. We suggest that INW should insist on proof of date of photography for any photos of GIB submitted henceforth, and reject any photo that was shot between April 1 to October 31. In general, great restraint should be exercised in photographing wildlife — to minimize disturbance — and even more so when dealing with critically endangered species such as the GIB.

A matter of great concern:

CI has received several reports of unethical behaviour and practices by wildlife photographers, including baiting of wild animals, chasing animals, disturbing nests and so on. We feel that responsible sites like INW should proactively take up this issue and educate Indian photographers on ethical wildlife photography (INW’s ban on posting photos of birds on nests is laudable). Many people who call themselves wildlife photographers today are not naturalists, conservationists or even nature lovers, but simply people who lust after the thrill of the chase and a ‘trophy’ in the form of a photograph. Unfortunately, increased prosperity is spawning greater numbers of such photographers.

All right-thinking people and organizations must work together to curb the menace of unethical photography. If this important issue is not tackled right now, it wouldn’t surprise us if someone files a PIL in court one day to ban all wildlife photography.

What is ethical photography?

Very simply, it is photography that does not harm an animal or its habitat in any manner. Ethical photographers always put the short-term and long-term welfare of their subjects first, and would be happily willing to forego a shot if it will result in harm to an animal. All of us have to be our own policemen, and do the right thing — even when no one is watching. We also have a duty to persuade others to behave ethically — and to report them if they do not heed our advice. Peer pressure is the best regulator.

Here’s a useful article on the same subject.

See an article on Conservation Photography. 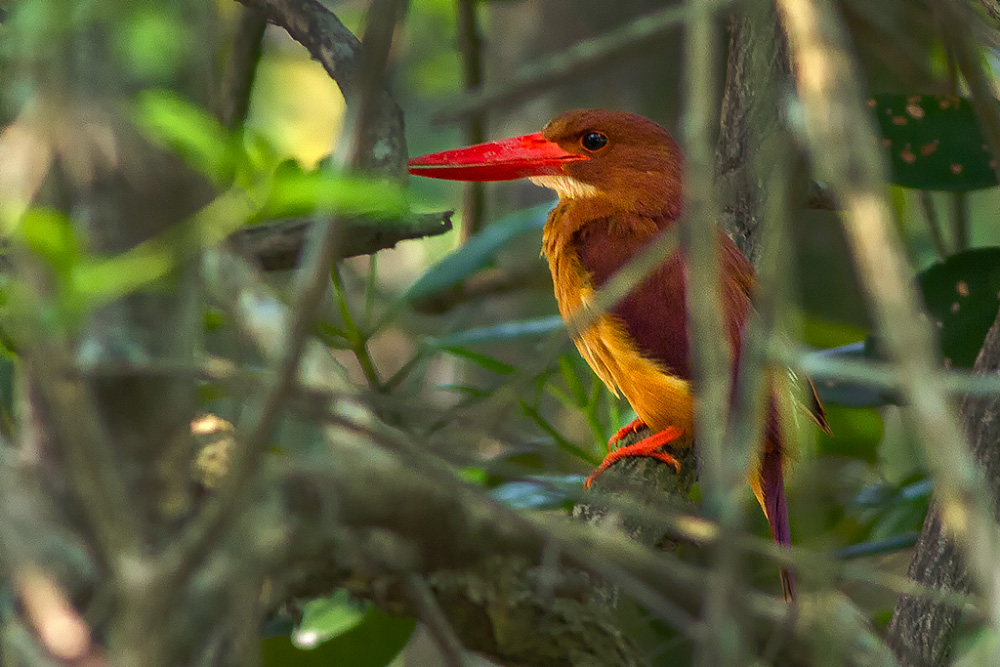