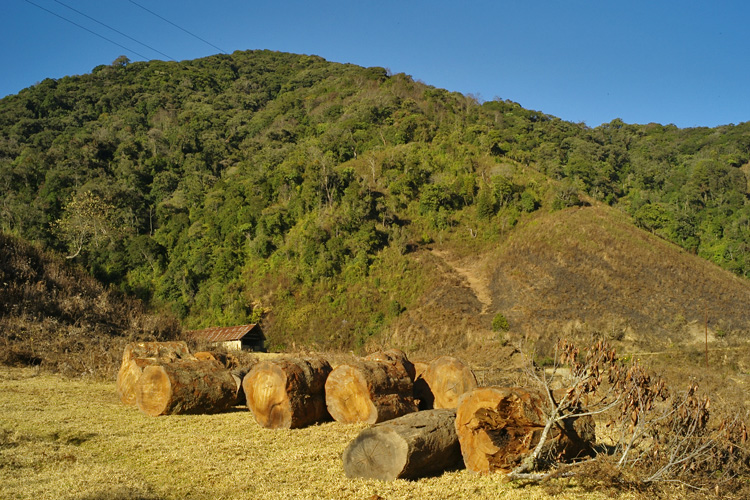 Armed with all the right buzzwords such as ‘participatory biodiversity conservation’; ‘use it or lose it’; ‘micro planning’; ‘stakeholder support’… which are liberally bandied about in project proposals to woo funding agencies, a coterie of ill-informed groups with many state forest departments in the middle, are now threatening the ecological foundations of wild India.

My first amateur attempts at conserving wildlife and forests, more than two decades ago, led me to interact with the forest department, which is entrusted with the onerous task of protecting the 20 per cent of India’s geographical area designated as forests. The sustained efforts by dedicated officials that characterised the mid-90s is hardly seen these days, which is worrisome considering the serious threats that forests and wildlife face.

The single-minded urge to conjure up and manage mega ‘Integrated Conservation and Development Projects’ (ICDPs) funded by multilateral aid agencies is causing great damage to wildlife and forests by rapidly eroding the protection capacities of a once dedicated law enforcement agency.

This management paradigm of multilateral agency-aided ICDPs being patronised with enthusiasm these days by forest departments is one of many in the life-cycle of this 150-year-old department. Other paradigms worthy of note include the ‘logging and clear felling’ paradigm and the ‘protection and consolidation’ paradigm.

Ever since the establishment of state control over forests, at the turn of the 19th century, the ‘imperialist’ objectives of revenue-oriented forestry was in practice with a system of ‘selection felling’ of mature trees based on working plans. The demand for valuable hard wood also resulted in practices such as the clear felling of natural forests to raise monoculture plantations of teak, eucalyptus and other species. Increasing public awareness of the need to save forests coupled with changes in the law of the land, thanks in part to the vision of the late Prime Minister, Mrs. Indira Gandhi, induced a drift towards total protection and consolidation of forests into designated wildlife reserves over three per cent of India’s landscape in the early 1970s.

Backed by strong political will, disciplined foresters operating under an effective command and control structure began enforcing tough new wildlife laws in the 1970s. Dropping their ‘felling hammers’ (hammers with the distinctive mark of the forest officer; a stamped stump indicated that it was officially listed for felling) and picking up guns, dedicated forest officials went out and did the thankless job of law enforcement. Undertaking anti-poaching, encroachment clearance and fire-control work became the central focus of management in newly-established wildlife reserves. A decade and half of such work yielded tremendous results.

From Manas in the northeast to Ranthambhore in the northwest and from Kanha in central India to Nagarahole in the south, wildlife populations dramatically recovered. So did forests and water sources. Legends among those who played important roles in this recovery include the late S. Deb Roy and Kailash Sankhala, Fateh Singh Rathore, P.K. Sen, K.M. Chinnappa and a host of others. These role models in turn inspired many of their colleagues and frontline protection staff who continued to tirelessly protect wildlife against great odds (a small percentage of them are still battling it out). Naturally, the results began to show.

However, in the process of protecting wildlife and its habitat from a range of vested interests and insulating it from developmental pressures, committed officials became public enemy number one. They had to face the wrath of politicians for rejecting developmental and human welfare projects in Protected Areas.

In time, the pressure built up and many in the establishment could no longer withstand it. With very few role models still around, the baton handed down by the protection legends was lost, as it were. Many of the new genre of forest officials across the country were scouting around for a convenient and honourable exit route from the thankless task of law enforcement. It came their way in the early 1990s.

The publication of documents like ‘Caring for the Earth’ by The World Conservation Union, United Nations Environment Programme (UNEP) and WWF, heralded a shift away from the protection paradigm. Large sums of money started flowing in from the west, by way of loans that had to be repaid by tax payers to solve third world biodiversity conservation problems. Such monies arrived for badly-designed, consultant-driven projects with little scientific and ecological justification. This presented a ‘lucrative’ opportunity for forest service officials to handle large sums of money, often on activities like eco-development (read rural development), bamboo hoeing, gap planting and so on, whose results are nebulous at best and potentially harmful.

The search for such projects, in the face of the diminishing interest shown by state governments in wildlife protection, is also driven by a forest establishment that now resembles a top heavy, inverted pyramid, with overstaffing at the top echelons and a 30-40 per cent shortage of frontline, ground level protection staff. Chasing and landing ICDPs help justify the large number of top level positions.

At another level, despite growing evidence, agencies like the World Bank obdurately refuse to acknowledge the failure of grandiose schemes like ‘eco-development’ by studiously avoiding scientifically accepted methods of ecological audits. Even more worrying is the coming together of inept consultants, retired officials and unscrupulous NGOs in the form of a ‘grand alliance’ with serving forest officials who now handle large sums of public money. This alliance is armed with all the right buzzwords like ‘participatory biodiversity conservation’; ‘use it or lose it’; ‘micro planning’; ‘stakeholder support’… which are liberally bandied about in multi-coloured project proposals to woo funding agencies. Stark field realities are either glossed over or blurred and real issues like protection and habitat fragmentation reduced to mere rhetoric.

The most deleterious impact of these ICDPs has been on the protection mindset and law enforcement capacities of forest departments. This is reflected in the continued loss of forest land to encroachments, diminishing range of endangered wildlife species and increased human wildlife conflicts. The other serious impact is reflected in the management plans for wildlife reserves, which are riddled with prescriptions for civil works like roads, culverts, check dams and ecologically disastrous activities like bamboo hoeing, weed removal and thinning.

Dr. Carel Van Schaik of the Center for Tropical Conservation, Duke University and Dr. Herman D. Rijksen of the Institute for Nature Management, Netherlands, in an incisive critique of ICDPs have identified three major flaws. 1. The fallacy that local people are interested in sustainable use and biodiversity conservation. 2. The inherent lack of any means of counteracting high-levels of corruption and resource piracy. 3. The inappropriate use of engineering models in designing conservation assistance projects. They opine that “conservation is impossible without law enforcement.” And “where corruption makes effective conservation management impossible, traditional approaches involving government-to-government or multilateral projects will not work.” We need serious introspection by forest departments and an unbiased scientific review of the impact of ICDPs. This, however, seems a remote possibility considering the ‘steroidal’ dependence developed by officials for such projects, even resulting in ‘NGO and researcher cleansing’ from some wildlife reserves to suppress criticism and whistle blowing.

Forest departments across the country are at crossroads. Biodiversity assets, whose value is incalculable, have to be first secured from poachers and land grabbers. Law enforcement is unavoidable in this scenario. Unfortunately, these assets also need to be protected from pseudo-conservation policies and the impacts of ICDP projects. The hard-earned gains made by the legends of conservation between 1975 and 1990 are rapidly being frittered away. The small percentage of committed officials and individuals who are grimly battling against all odds badly need the support of civil society institutions to prevent an imminent collapse.

Advocacy backed by reliable data is needed to convince aid agencies that such ICDPs are actually causing grave damage to wildlife habitats. To undo such damage, agencies would need to consider emerging ideas that involve establishing large amounts of money in trust funds with cash-strapped state governments to underwrite costs of maintaining a protection infrastructure, consolidate forests by reducing fragmentation and to make good the loss of potential timber revenues to state governments due to the phasing out of logging.

Forest departments must be rapidly weaned away from all forest developmental activities and made to focus, once again, on law enforcement and protection. The pay back in terms of the water contribution of forests alone justifies such protection. But only if we urgently win national consensus on this will we be able to hold on to the last remaining bits of wilderness in India.


The author is a member of the national board of wildlife and managing trustee of wildlife first. 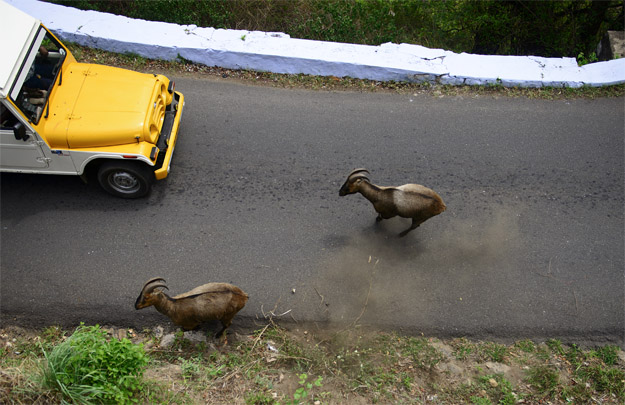