When Humans are Curious to Know the Spotted Cat

Doodle Factory
The objective of the program is to engage all concerned stakeholders using scientific knowledge on leopards.
Student 'leopard ambassadors' imparting knowledge to their family members about leopard behavior. 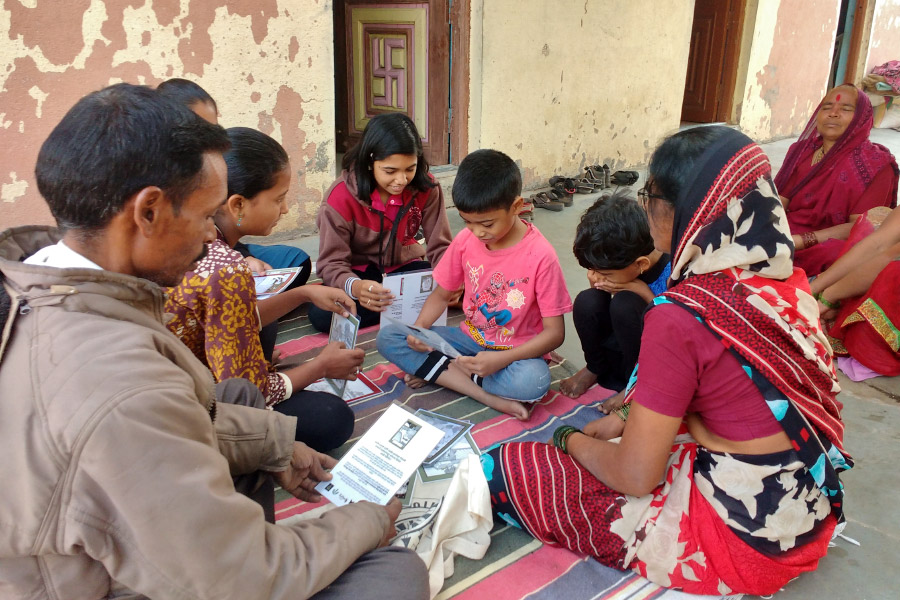 Mrunal Ghosalkar
The ambassadors were overjoyed to be working towards a social cause in their own communities.

Nashik district’s Niphad taluk is situated on the fertile banks of the Godavari River. Agriculture is the main occupation here, with sugarcane the major cash crop, grown along with food crops such as wheat, grapes, jowar and other vegetables. Livestock-rearing also contributes a major part to the local economy. In this productive landscape, where human density is fairly high, jackals, hyenas, jungle cats, civets, and leopards also co-exist, as there is water, prey, and shelter.

Some communities like Warali, Mahadeo Koli, Thakar, etc. have a deep understanding of leopard behavior, having traditionally shared space with them. But most other communities that have now settled in this area are unaware, giving rise to an increased sense of fear towards their wild neighbors. Livestock depredation by leopards and sightings of animals while working in the agricultural farms are usual occurrences in the area. But, very few attacks on humans by leopards have been recorded in the past. We believe that, if you follow certain precautions, the chances of human-leopard negative interactions can be minimized.

Maharashtra Forest Department, Rufford Foundation, Wildlife Conservation Society – India and Doodle Factory initiated an awareness drive called ‘Janata Waghoba’ to understand human-leopard interactions in Niphad from August 2017. Within this program, a talk on human-leopard interactions is organized in schools and colleges to enhance awareness. Another important objective of the program is to engage all concerned stakeholders like the Education Department, the Revenue Department and Media houses to reach out to large audiences using scientific knowledge on leopards.

As part of this initiative, we have recruited ‘Leopard ambassadors’ from the local student community, to work towards creating awareness on human-leopard interactions amongst the people of their own villages.

We first organize a talk by a wildlife biologist for students in the age group of 16-20 years, to introduce research aspects of conservation. Through this programme, this year, 65 students from Saikheda and Niphad College in Niphad worked towards creating awareness in their own community by connecting to at least five families in their neighborhood about leopard biology and precautionary measures. That is a minimum audience of 1300 people in a small community! These ‘Leopard Ambassadors’are ideal candidates who understand the ground realities better than perhaps any institutions from the outside. In their area, even though there were frequent human-leopard interactions, the villagers were open to receiving information about leopards from these students.

These are the words of recommendation from villagers to leopard ambassadors in Niphad, Nashik: “You should give this information on leopards to other villagers too. It is necessary that this information on leopard behavior and precautionary measures reach many people. We know very little about leopards. If the information is disseminated amongst many people, it will help minimize fear of leopards amongst us. This information is actually useful in our daily activities. You can interact with villagers by gathering them at one place instead of approaching them individually by going to each household.”

The ambassadors were overjoyed to be working towards a social cause in their own communities. Soon, they too started providing suggestions for improving the process. Some of their suggestions included a request for the presence of ambassadors in each village, better signage in village squares informing people on what to do, informing people against the perception that humans are preferred leopard prey. Some ambassadors also suggested, “this information on leopard behavior and precautionary measures, which is most essential in the area, should be put on large boards and it should be displayed at the places where many people gather”. Some say, “we were also unaware about leopard behavior and that humans are not its prey. Our family members also do not know much about it. So, we would like to inform them of correct knowledge on leopards.” Some even suggest, “sometimes humans are killed by leopards but at the same time leopards are also getting killed by humans like road kill”.

We also organized awareness sessions in schools for the younger students from 1st to 10th grade, in the areas where leopards are present. These children also informed their parents about activities that were done in their schools, and shared information on leopards in their own way. Thus laying the foundation for widespread dissemination of information on precautions that can be taken to minimise direct interactions with leopards.

We also had younger students (aged 10 to 15 years) signing up to be ambassadors. 16 leopard ambassadors from Karanjgaon School, encouraged by the principal of their school, disseminated information to villagers in the Gram panchayat (village gathering). This was supported by the village headman (the Sarpanch).

Although it is too short a period of time to assess the effects of these initiatives, we hope the efforts of the students have laid down a strong foundation, and will lead to a better understanding of the constant interactions people have with leopards. We hope that it will help in changing peoples’ perspectives towards leopards, and eventually in minimize the fear towards them. Additionally, ground level Forest Department staff with whom villagers interact frequently, have started sharing essential and correct information on leopards with them. In any conservation scenario, research of the animal and use of that knowledge to engage with the human players can bring about a positive change.

Leopards have already learned to live with humans, now, it is our turn to adapt to living with them. We also need to include the human aspects into our studies on animal ecology to fully understand the interactions and shared spaces.


Mrunal has been working as a ‘Janata Waghoba’ project coordinator in collaboration with the Nashik Forest Department and WCS-India on educating communities about sharing spaces with leopards. 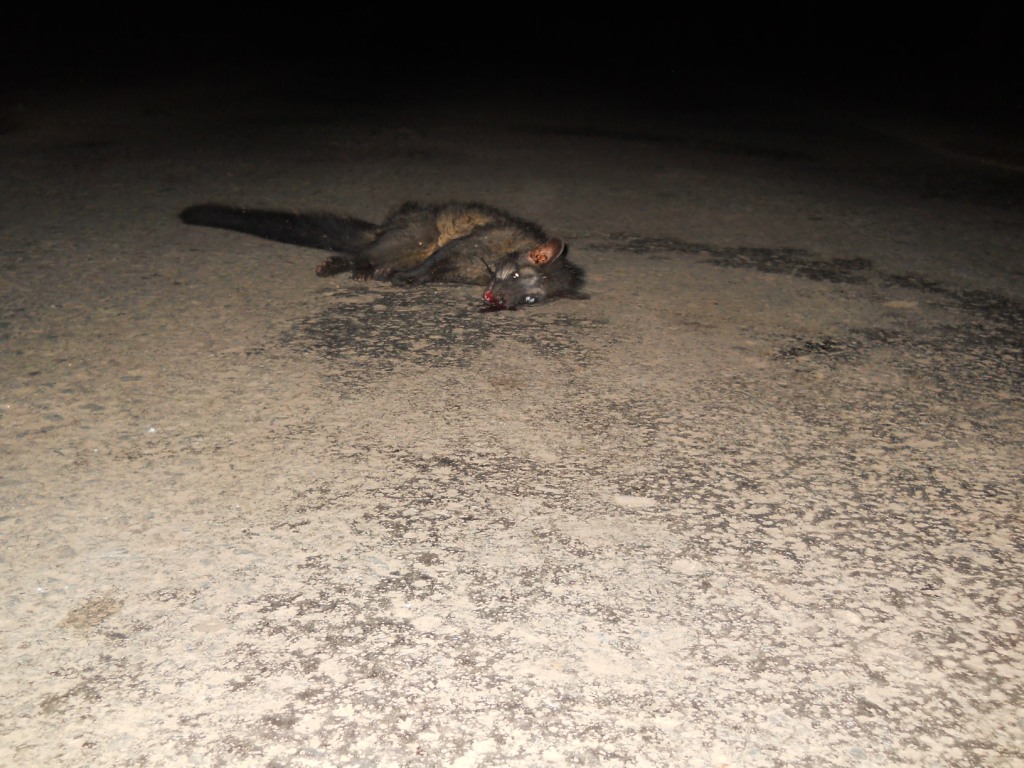