The Monarch of the Anamalais: Monitoring Nilgiri Tahr Populations to Inform Conservation 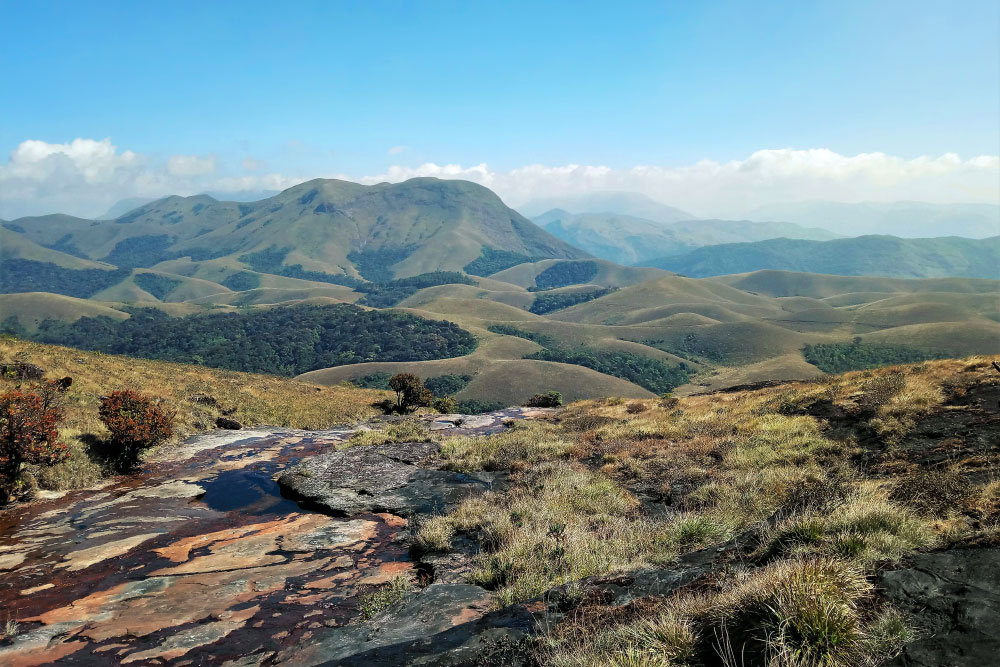 Abhishek Gopal (wiki)
The magnificent landscape in high elevation ATR has rolling grassland hills covered in part with forests, known as Sholas. The grasslands serve as excellent habitat for the Nilgiri Tahr.

In India, the words, Mountain ungulates- Wild sheep and goat of the subfamily Caprinae-, often invokes the images of flamboyant species like  the Ibex (Capra sibirica), standing atop a crag in the snowy Himalayas. Aptly titled “Mountain Monarchs” by the legendary conservationist Dr. George Schaller, given their elaborate horns (particularly on males), mountain ungulates of High Asia are mesmerizing species.  However, beyond the Himalayan heights, there is also the Nilgiri Tahr (Nilgiritragus hylocrius), a mountain monarch in its own right. Found in the mountains of the Tropical Western Ghats, this species often gets overlooked.

Wild ungulate species like the Nilgiri Tahr play an interesting role as the “ecological fulcrums”, wherein they not only are determinants of predator populations, but they also play an important role in maintaining ecosystem structure. Endemic to the states of Tamil Nadu and Kerala in Southern India, Nilgiri Tahr have a patchy distribution, owing to their affinity to montane grasslands, an ecosystem found mainly on tops of the forested hills and mountains of the region. In general, this is between 1,200 to 2,600 m. Owing to their elevation, these grasslands function in particular climate conditions, and are rather vulnerable to climate change.

Beside having rather limited habitat to call home, the Nilgiri Tahr face several threats such as habitat loss, disturbances caused by invasive species, poaching and fragmentation of their landscapes. Consequently, the global population of this often forgotten monarch, is believed to be only around 2,000-3,000. A potential key site for their survival is nestled among the beautiful Anamalai Hills in Tamil Nadu, the Anamalai Tiger Reserve (ATR). ATR is said to harbor the second-largest population of the species after the Eravikulam National Park in Kerala.

With this background, a team of researchers from the Nature Conservation Foundation (NCF) partnered with the Anamalai Tiger Reserve Wildlife Department to update the population baselines for Nilgiri Tahr across the vast c. 1,480 km2 ATR. Amongst ATR’s mosaic of forest, grasslands, and human-use regions of livestock grazing and agriculture, we first identified potential sites used by Nilgiri Tahr from published studies and local knowledge of forest staff and researchers from the region. Each of ATR’s range were then divided into 36 relatively separate grassland blocks constituting nearly 50 peaks. Before starting the surveys, a training workshop was conducted for 45 officers and field staff of the reserve. Post this workshop, over the course of next few weeks, we collaboratively walked 257 kilometers, to conduct the study. 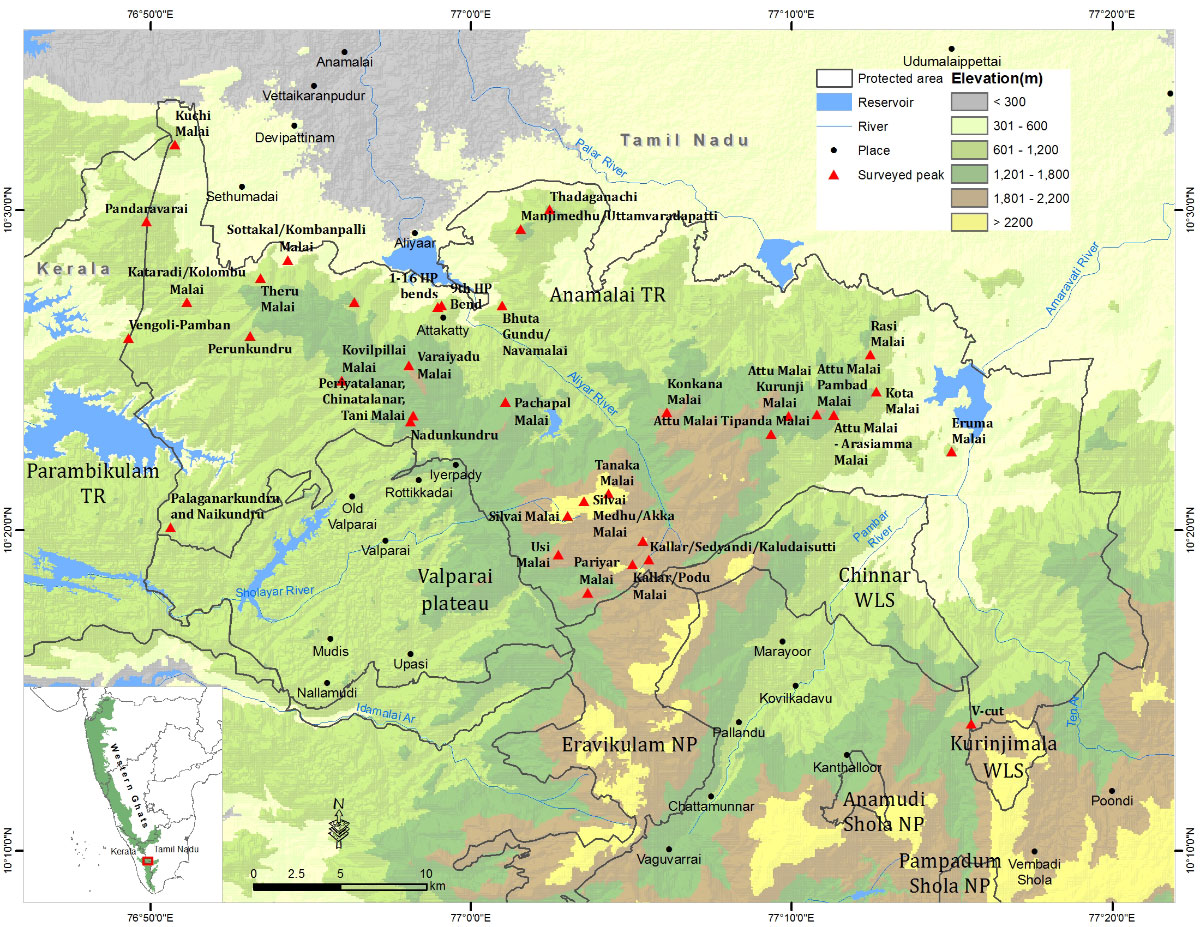 Often studying mountain ungulates is plagued with inadequate methods. We used the Double-observer method, wherein two teams of observers, survey an area simultaneously. They are separated from each other by 15-20 minutes and each observer team identify ungulate groups based on characteristics such as their numbers, age, sex, locations, to name a few. Teams being separated in space and time, but surveying the same region, helps record ungulate groups that might be missed by single observer/team.

Hours of walking through thick forests, the tantalizing trumpeting of distance elephants and the faded pugmarks of a patrolling tiger, often made the journey up to the grassland thrilling yet concerning. Undoubtedly, the surveys were only possible because of the expert advice and camaraderie provided to us by the local forest staff and assistants who have navigated a way of life in these landscapes for generations. Their experience and knowledge provided us with key insights that ensured we employed all survey methods robustly while also staying safe. Collaboration can truly facilitate creation and ensure completion of tasks.

Upon completing our study, we estimated ATR to have around 510 individuals (95% confidence interval 300–858 individuals) of Nilgiri Tahr across 35 groups. ATR perhaps is home to around 20-25 percent of the global population of the Nilgiri Tahr. While our estimates were similar to previous studies, suggesting a stable population, there was bit a worrying nuance to the truth. It was intriguing, that several of the surveyed peaks lacked Tahrs. Majority of the individuals were present in the Grass Hills National Park and on PachapalMalai peak; roughly in the center of the region. We are still unaware for reason behind this fragmentation and concentration of populations, and this certainly merits further research.

In general, the Tahr were extremely skittish on being sighted, fleeing away to inaccessible terrains in the crags above the grazing meadows and sometimes even into the adjacent forests. This made us wonder if they were being hunted for meat. The magnificent Anamalai landscape, remains under constant flux. Several potential Tahr habitats were grazed by livestock, whilst other were fragmented with infrastructure such as roads. And while these pressures remain, the magic of seeing sites like the one with over 100 Nilgiri Tahr on a single peak in Grass Hills, urged us to do our bit in ensuring the monarch of Anamalai is given its rightful place.

We hope that our work provides a valuable baseline for the management of the Anamalai Tiger Reserve and understand the status of this rather under studied species. The plan is to repeat this exercise every 3-5 years to monitor trends in Nilgiri Tahr populations. Such an approach would provide a better understanding of Nilgiri Tahr populations and help conservationists identify areas to focus their actions. And conservation is imperative if we are to ensure that the unsung Nilgiri Tahr, the symbol of Western Ghats montane grasslands, roams its expanses unhindered.

This study was published in Oryx / Cambridge Core.

While this project was made possible by the contribution of various people, Dr. TR Shankar Raman, Dr. Divya Mudappa (both from NCF) and the Anamalai Tiger Reserve Forest Officials were particularly key in enabling the project to happen. 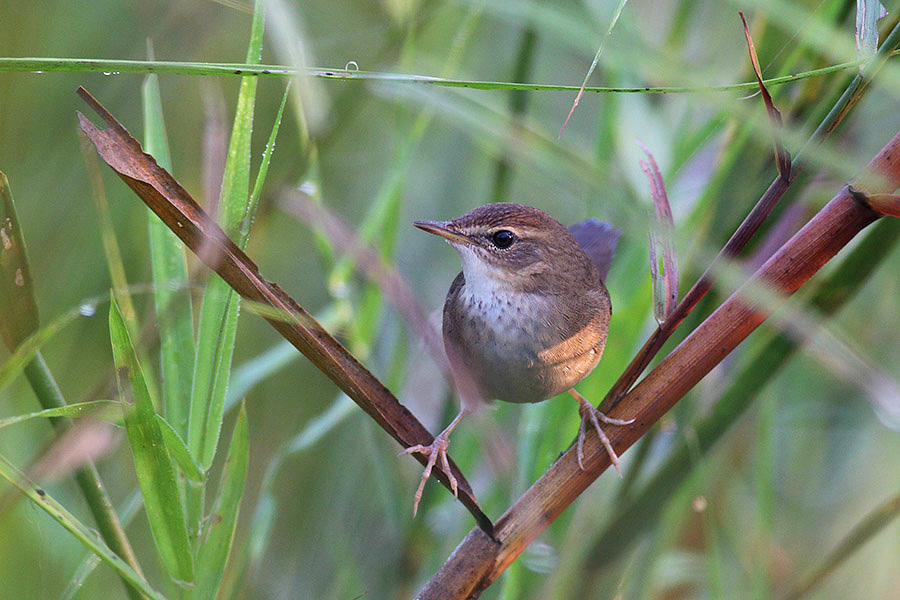