Small-clawed Otters: Where are they Found? 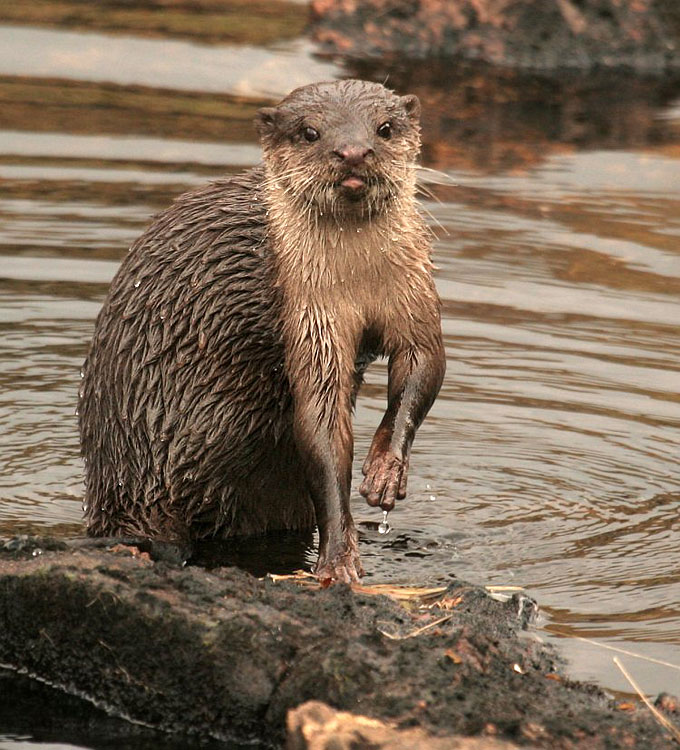 Dilan Mandanna
Asian small-clawed otters are abundant in the hill ranges of the Western Ghats of Southern India.

The smallest of the world’s otters, the Asian small-clawed otter (Aonyx cinerea) is found widely across Asia from south-western India, through southern China, the Malay Peninsula, to Sumatra, Java, Borneo and the Palawan Island in the Philippines.

Being amphibious in nature, this animal is found in and around a range of habitats including rivers, hill streams, estuaries, marshes, wetlands, and mangroves. As apex predators, the otters function as key links in cycling nutrients between aquatic and terrestrial systems, and also have strong influences on prey communities. They have been categorized as Vulnerable (2008) on the IUCN Red List. Common threats to these otters are the destruction of habitat and overexploitation of their prey by humans. Historically, found in the mangroves of east Calcutta and the Sunderbans, these small-clawed otters are now believed to be locally almost extinct in these areas.

These alarming facts press for better understanding of the species, to advance sound conservation action and policies to protect these extraordinary species. Authors Aathira Perinchery, Devcharan Jathanna and Ajith Kumar examine the various factors that determine the occurrence and habitat use by the Asian small-clawed otter in the Western Ghats, India in their study published in the Journal of Mammology in 2011.

Found mostly in Southeast Asia, the Asian small-clawed otters are abundant in the hill ranges of the Western Ghats of Southern India. Since their diet includes mainly crabs, crustaceans and other mollusks, in India, they are usually found in hill streams.

The study was conducted in Eravikulam National Park located in the Western Ghats of Kerala. Eravikulam (1,500- 2,700 m) spanning across 87 km2 is dominated by shola-grassland ecosystem and includes the highest peak in peninsular India –Anaimudi (2,695m). It receives an annual rainfall of over 3,000 mm and is home to numerous streams originating from the grasslands and sholas. The Park holds the largest viable population of the endangered (IUCN) Nilgiri Tahr. It also hosts other ungulates — gaur, Indian muntjac, sambar, golden jackal, Nigiri marten and carnivores such as dholes, leopards and tigers.

All streams in Eravikulam NP were digitized from topographical maps and classified as first (those originating in sholas or grasslands), second, third or fourth order (formed by the confluence of smaller streams). From February 15 to April 5 2008, 59 stream segments were sampled covering a total of 36.5 km over an altitudinal range of 1,500-2,282 m. Each stream was divided into segments of 0.4-1.0 km and further partitioned into 100 m replicates.

The presence of the otters was determined from indirect signs such as spraints (otter feces), tracks and holts (otter dens) along banks. Spraints were also collected from camera-trap locations for reference and were identified during surveys based on presence of crustacean remains, as otters feed extensively on them. Only fresh spraints were used for all subsequent analyzes, focusing on patterns of otter occupancy and habitat use over 2-3 days preceding the survey.

The study demonstrates the usefulness of field intensive occupancy-based surveys for species distribution assessments of poorly studied elusive species like the small-clawed otters, especially to establish baseline data. As habitat destruction is a significant threat to otters, emphasis needs to be laid on ensuring that high altitude streams and small pools are protected as prospective otter habitats inside and outside protected areas. The authors recommend additional research on understanding impacts of anthropogenic changes in otter habitats along with larger-scale surveys of otter distribution across the Western Ghats. We require a much greater understanding of the regional and national status, and anthropogenic and other threats faced by Asian small-clawed otters in India.