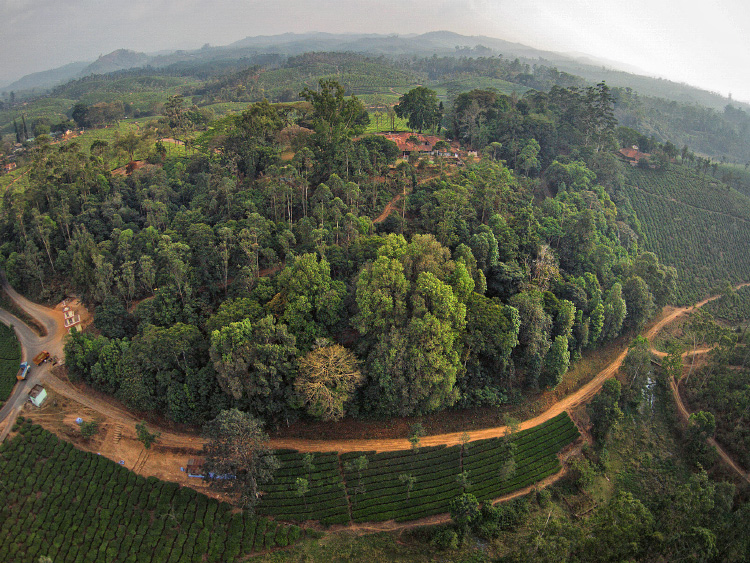 NCF
Areas close to the road towards the bottom-left of the image were restored during 2002-03.
Frugivores like the Malabar Grey Hornbill disperse the seeds of many rainforest tree species 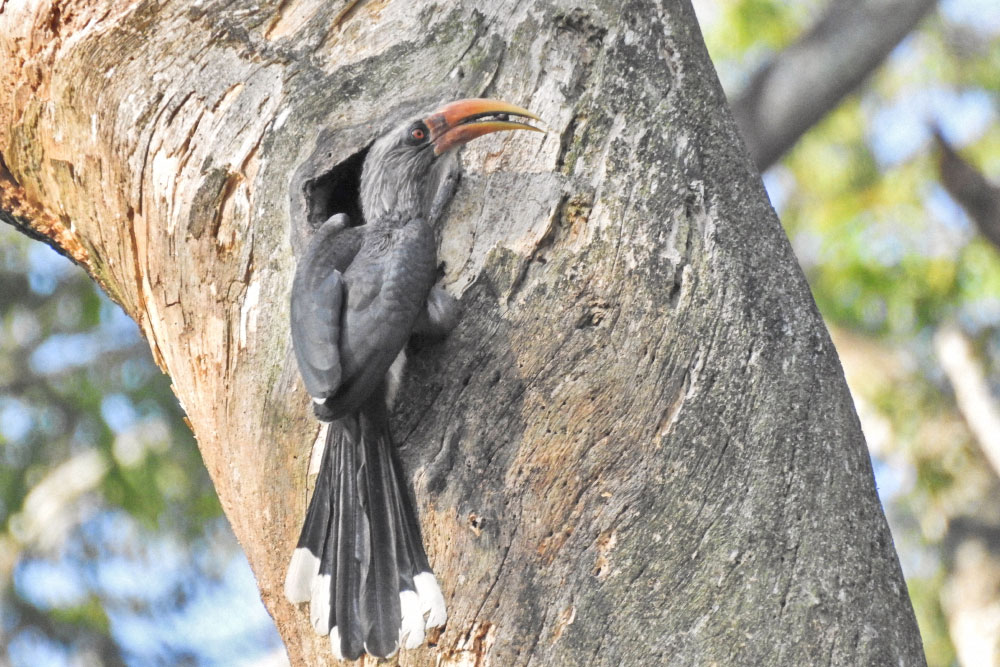 Abhishek Gopal
Restoration can play a role in overcoming losses of natural seed dispersal in isolated and degraded rainforest fragments.

Our research article that appeared recently in the journal, Ecosphere, asks: To what extent can a degraded rainforest be ecologically restored to resemble an undisturbed and mature rainforest? This is the first study that attempts to evaluate the effectiveness of a long term rainforest restoration project in the Anamalai Hills of the Western Ghats in peninsular India.

The results of the study suggest that ecological restoration of degraded rainforests – by controlling invasive weeds and planting native tree saplings – can catalyze recovery of forest structure, tree species diversity, and carbon storage in these forests. However, the findings caution that many of these attributes might show slow or incomplete recovery to the level of undisturbed rainforests. Thus, promoting restoration as a compensatory or mitigatory measure for the deforestation of existing natural forests by development projects may be inappropriate.

Since 2002, the Nature Conservation Foundation has partnered with tea and coffee plantation companies in the Anamalai Hills to identify and protect rainforest remnants within the biodiversity-rich rainforest-and-plantation landscape, and attempted to ecologically restore degraded areas within these forests. Restoration sites are planted with a diverse mix of native tree saplings, after clearing the understorey of non-native invasive weeds such as Lantana camara, because these can reduce survival of planted saplings. The selection of species for planting is guided by research and observations of tree species composition in less degraded forests within the same landscape. The reference sites in this case are located within the Anamalai Tiger Reserve (ATR). Saplings are raised in a rainforest plant nursery from seeds rescued from along roads, forest edges, and other such locations where chances of survival are low.

The present study assessed how much recovery there was in various ecological attributes such as the number and diversity of trees, canopy cover, and carbon stocks. The study found that 7-15 years after restoration, ecologically restored forests had canopies that were 58% closed, harbored around 52 trees belonging to 14 species per 0.04 ha plot on average, and stored over 140 tons of carbon per hectare. This constitutes a recovery of around 82% recovery in terms of tree cover, 69% of tree density, 49% of tree species richness, and 47% of carbon storage, compared to degraded forests left to recover naturally. The study reports 51% recovery in the numbers of naturally regenerating (i.e., not planted) saplings in the restored forests. However, restoration appeared ineffective at controlling natural regeneration of non-native species, which were as abundant in relative terms in restored sites as in sites left to recover naturally.

A degraded rainforest fragment in the Anamalai Hills in preparation for restoration planting in 2004 (left), and the same site in 2018 showing some recovery of rainforest trees. Image: NCF.

Interestingly, restoration had a greater impact – relative to natural recovery – in more isolated fragments than in ones occurring close to or abutting large tracts of less disturbed rainforests. This is possibly because large frugivores like hornbills and primates are more likely to visit and disperse the seeds of rainforest trees into areas with better connectivity to large tracts of forests. These well connected forests might thus have a greater capacity for natural regeneration and recovery without requiring restoration actions, whereas more isolated forests simply might not recover in the absence of restoration.

In the Western Ghats, as in many other tropical regions, remaining rainforests have become heavily fragmented, and this trend is expected to increase in the future. The results of this study show that ecological restoration can reverse forest degradation to some extent in such fragments, highlighting the potential benefits of restoration for biodiversity conservation and climate change mitigation in human-dominated landscapes. Further, the results suggest that a hybrid approach which combines ‘active’ restoration by planting native trees in isolated sites with ‘passive’ restoration that relies on natural recovery processes in less isolated sites, could prove cost-effective, and enable upscaling restoration efforts in degraded forests.

Critically, however, this study throws light on the inherent threat from development-oriented policies that promote compensatory afforestation or reforestation, because these policies wrongly assume that planted forests can compensate for the loss of existing natural forests. Experience and scientific evidence accumulated over 20 years in the Anamalai Hills suggest that planted forests – even ones planted with diverse native species – cannot truly recover the unique biological wealth, carbon sequestering potential, and other ecological values of original natural forests over timescales relevant for conservation and climate change mitigation. Restoration of degraded forests must therefore be viewed as a complementary strategy – and not an alternative – to the protection of existing natural forests. 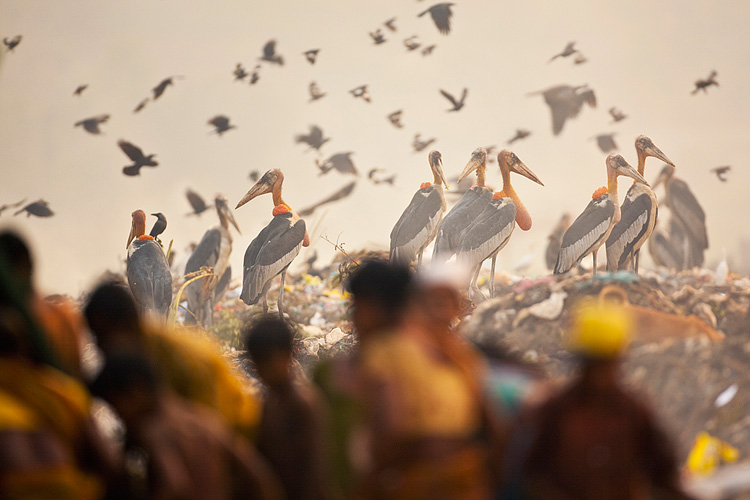