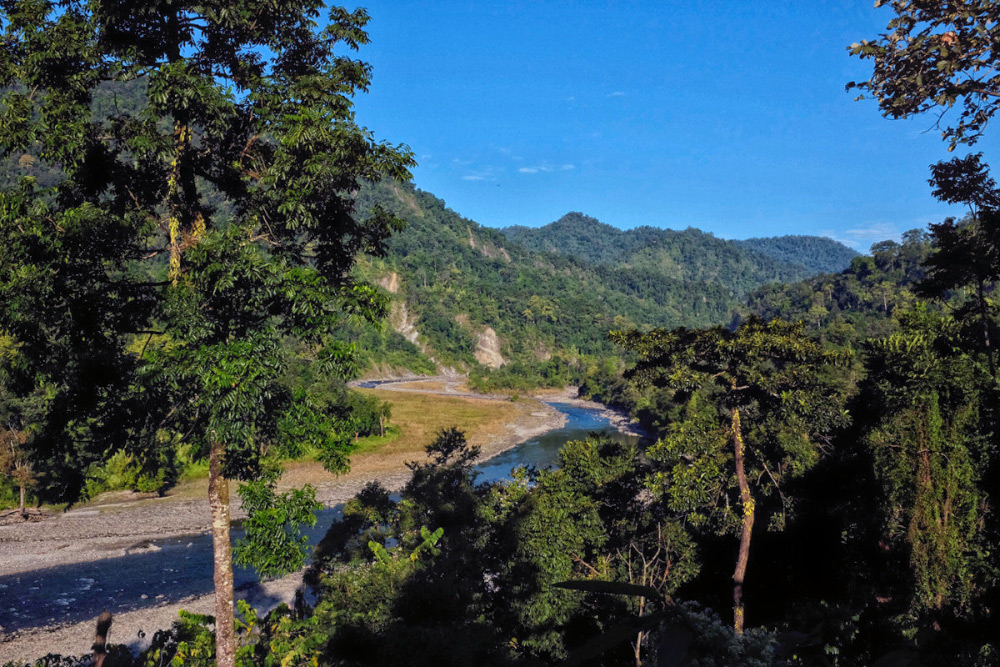 CI
A highway through Pakke would be a severe threat to the tropical forests and its biodiversity.
An extremely rare dark-morph Golden Cat from Pakke

Pakke is incredibly rich in mammal diversity with 59 documented species (excluding bats and terrestrial rodents), including the tiger.

In Phase I of the proposed project, the developers / state government are planning to connect Pasighat in central Arunachal to Bhairabkund in the west. A section of the highway is to pass through Pakke Tiger Reserve, one of the best managed Protected Areas in Arunachal Pradesh, causing severe disruption and permanent fragmentation. 48.8 km of the highway is proposed as an elevated corridor through the Tiger Reserve, at an estimated cost of Rs. 2452.8 crores.

This project, if implemented, will also negatively affect Nameri Tiger Reserve in Assam, which shares a border with Pakke. Both parks are designated Critical Tiger Habitats, with important elephant corridors in the adjacent areas. The highway would severely disrupt the contiguous forest patch that exists across Assam-Arunachal Pradesh.

This plan came to light recently thanks to an RTI application filed by a local conservation activist from Seijosa. Objections raised by the DFO of the Reserve, as well as his suggestions for alternate routes, seem to have fallen on deaf ears so far.

While there is a need for better road connectivity in many areas across Arunachal Pradesh, it is imperative that the proposed highway be realigned so as to bypass the Pakke Tiger Reserve. The fact is, alternate roads to reach Seijosa and Bhalukpong via other routes in Assam/Arunachal already exist.

It is noteworthy that a circular (RW-NH-11013/02/2019 S&R (P&B)) dated 29 May 2019 issued by the Ministry of Road Transport and Highways, Government of India, states that “alignment of NH passing through natural areas may have wide ranging and complex impact on ecology & wild species. To have minimum impact of highways on the protected eco-sensitive area, the implementing agency should consider to spare sanctuaries/National Parks at the planning stage and wherever possible take a bypass/detour.” This underscores the need to avoid PAs and that alternate routes should be identified even if they are longer.

Road building through Protected Areas have multiple short and long-term detrimental effects on wildlife that have been well-documented both nationally and globally.

As stated in the “Guidelines for Linear Infrastructure intrusions in natural areas: roads and powerlines”, the principle of prevention needs to be followed by avoiding linear intrusions in major Protected Areas and critical wildlife/tiger habitats.

We quote from these guidelines: “This Primacy of Prevention Principle recognises that linear intrusions have a range of immediate and long-term deleterious effects, both ecological and social, in natural areas of high ecological, amenity, and livelihood values, and suggests that in virtually all cases, intelligent and sustainable alternatives can be found that are socially and ecologically more appropriate.”

A recommendation was also given by a sub-committee of the Standing Committee of the National Board for Wildlife that formulated ‘Guidelines on Roads in Protected Areas’ (vide. letter no. 6-62/2013/WL, dated: 22 December 2014). It stated that “New roads shall not be proposed inside National Parks and Wildlife Sanctuaries”. This recommendation was communicated to the Principal Secretary (Forests) of all States and Union Territories by the Deputy Inspector General of Forests (Wildlife), Ministry of Environment & Forests and Climate Change.

Further, the Supreme Court (State of Kerala versus L. Srinivas Babu and Ors., dated 7.08.2019) stated that Tiger Reserves must be kept inviolate and directed the MoEFCC that the road passing through Bandipur National Park and Tiger Reserve be shut down in the long run, and called for strengthening the alternative route.

Roads are a severe threat to tropical forests such as Pakke. Direct forest loss from clear-felling apart, their impacts on biodiversity are particularly acute. Vehicular traffic on roads cutting through forest habitats results in thousands upon thousands of road-kills. Roads open up inaccessible forest areas to hunters, exacerbating wildlife declines, and encourage the expansion of illegal logging, mining and encroachment.

Pakke, a tropical forest in the Himalayan foothills, is an important area regionally, nationally and globally for its high biodiversity value. It is part of the Indo-Burma global biodiversity hotspot and the Kameng Elephant Reserve. It has 59 documented mammal species (excluding bats and terrestrial rodents), many of the which are listed in Schedule I of the Wildlife (Protection) Act, 1972. Camera trap photographs from the area where the road is proposed show the presence of several endangered and vulnerable mammal species, including tiger, hog deer, Asian elephant, clouded leopard, binturong and the Chinese pangolin.

Road building within this extraordinarily rich tiger reserve will lead to its eventual, irreversible destruction. The proposed road must therefore be realigned to avoid the fragmentation of an intact ecosystem.

Media coverage of the issue: