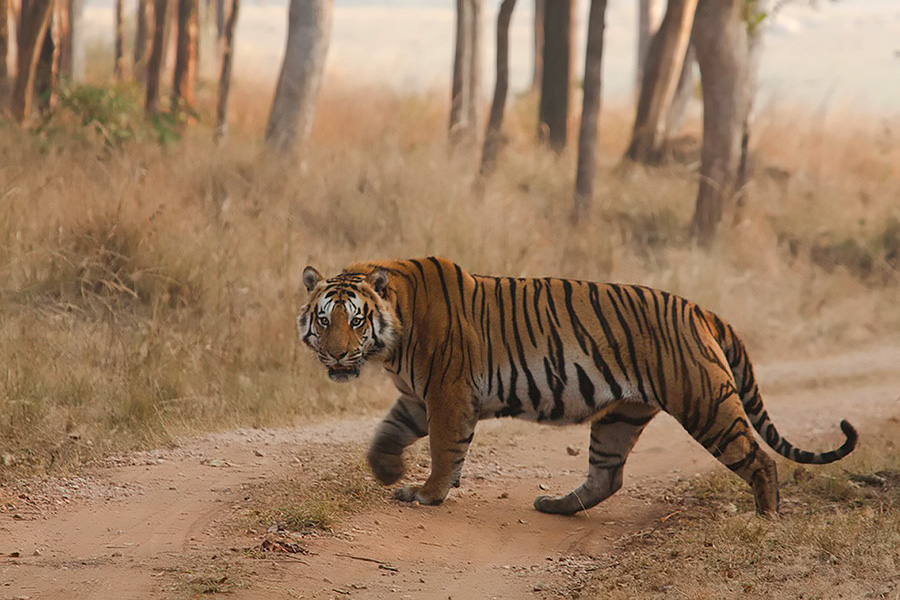 Srikanth Sarathy
Results clearly show that for reserves to be effective conservationists need to understand how tigers are moving across the landscape.

It turns out that – when it comes to protecting India’s tigers – size matters, just not in the way most people might think. Large protected areas are clearly important for such a wide-ranging, territorial species. But in what may be a somewhat counter-intuitive finding, new research also shows that small protected areas often play a disproportionate role in ensuring the long-term survival of tigers in Central India.

Over the last several years, India has been working to improve tiger conservation by declaring as many protected Tiger Reserves as possible — with around five being declared in 2015 alone. A Tiger Reserve is a category of Protected Area that is especially designated for tiger conservation, and has administrative and funding mechanisms that are different from other categories of PAs.

However, because landscapes outside the reserves are changing so drastically, just protecting isolated islands of habitat surrounded by an ocean of development will not be enough to protect the big cats into the future. Mainly because tigers don’t stay inside Tiger Reserve boundaries.

Our paper Connecting the Dots: Mapping Habitat Connectivity for Tigers in Central India,(1) in Regional Environmental Change identifies areas in the landscape that are important to tiger movement.

To help determine which parts of the landscape provide connectivity between designated reserves in a large region of Central India (approx. 373,704 sq.km), we examined three data layers:

We used a combination of least-cost corridors (methods that identify which parts of the landscape provide least resistance to tiger movement) and circuit theory. Map of study landscape. The location in India is shown in the inset. State and district boundaries are shown black and gray, respectively. Protected areas are shown in green, and big cities/towns (with population greater than 88,000 people) are represented as red dots.

We found that although this part of India has been heavily modified by human activity (more than half of the total area we studied is cultivated), there are still opportunities to maintain connectivity between the different reserves.

We used centrality methods to map which reserves and linkages had the most potential of being used most frequently. This approach provides a way to quantify which areas are absolutely integral to maintaining animal movement.

This result is really exciting because two previous genetic studies (2, 3) in the landscape have shown the same reserves (Kanha and Pench) to be source populations for tigers.

Much of the study confirmed what tiger researchers have long suspected – that designated Tiger Reserves and protected areas are foundational to protecting India’s tigers in the wild.

But what has not been shown until now, is that smaller reserves have a much higher contribution and role in maintaining connectivity than one would predict by their size alone. This result shows that small reserves are important conservation investments as they provide important stepping stones to tiger movement. We mapped pinch points, which are areas within linkages where movement is restricted, often by the lack of appropriate land cover, or features that are avoided by tigers, such as roads or high human population density. Pinch points represent areas where movement would be funneled and thus may be particularly important to keeping a linkage viable.

Even a small loss of area in these pinch points – highlighted above as the bright yellow sections between Kanha and Pench Tiger Reserves for example, would disproportionately compromise connectivity. This result also shows that a lot of these linkages are narrow and highly constrained. To summarize, we mapped areas that are most likely to be used by tigers when moving outside of protected areas, and demonstrated that even small reserves can be useful when moving through human dominated landscapes such as in central India.

Tiger Reserves are incredibly important as anchors for conserving tigers in India, but as the pressures of development mount outside the reserves, land managers and decision makers will need to consider how tigers use the landscape outside the reserves. These linkages need to be identified and protected in order to preserve natural biological processes such as long-range movements, which are integral for large carnivore conservation.