Birds, Forests and Development in Himalayan Oak Forests: A Study in Progress

Ramki sreenivasan
Impact of land use affect species like these and diversity of birds drops drastically along the use gradient.
Lush oak canopy 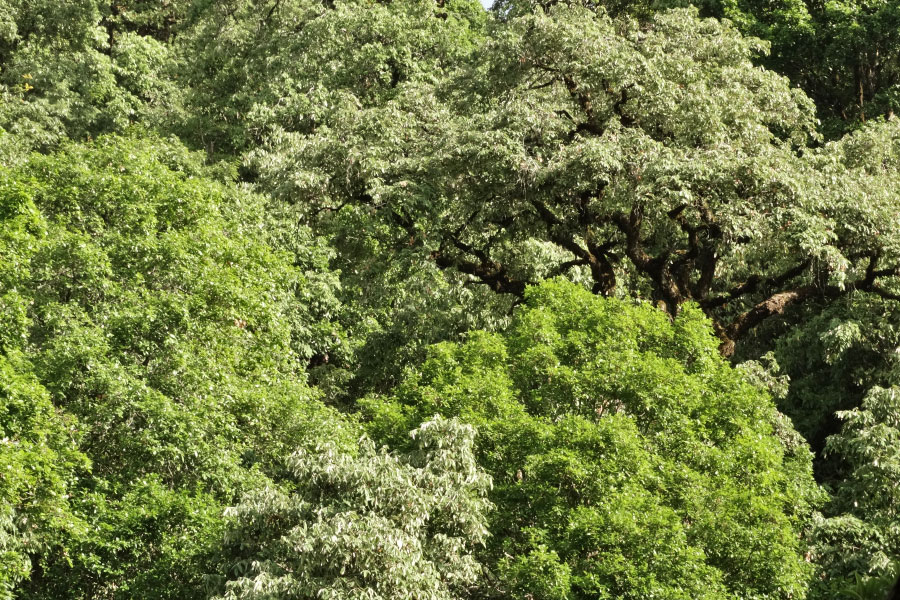 Ghazala S
The protected oak forests rang is a medley of bird song in summer, with over 170 species recorded.

The Himalayas are a biologically diverse region within India owing to their elevational range and geographic location. Apart from essential ecosystem services that they provide to the Gangetic Plains, Himalayan forests protect a large number of endemic species and support extensive tourism activities.

During the last few decades, however, Himalayan forests have become degraded and fragmented due to various economic pressures. It is necessary to understand how human-created disturbance is impacting Himalayan fauna, given the recent spurt in road-widening, construction, tourist visitation and spread of horticulture and pine. For instance, large oak stands have been transforming to pine due to frequent fires and overuse, a sort of backwards succession process in hardwood forests. Increasing intensity of use transforms tall protected forest into lopped and degraded stands.

The dense banj oak (Quercus leucotrichophora) forests in the mid-altitudes of the Indian Himalayas (1500 m to 2200 m) form a fascinating ecosystem with many rare features, not the least being high structural complexity. Oak forests are known to be relicts from the Pleistocene ice-ages, when temperate oak forests had covered the Himalayas due to the prevailing low temperatures. Retreat of the glaciers left behind these temperate hardwood forests, the only ones in a largely tropical country.

Banj oak forests generally have a single oak species dominating at a given altitudinal belt, but harbour large numbers of herbaceous and shrubby species. In a protected stand, the canopy is dense, with some giant oak trees growing up to 30 m tall. The complex branching pattern of banj oaks, high density of snags and cavities, presence of mosses, lichens and epiphytes, and a diverse understorey, gives rise to abundant niches for fauna. Forest soils are rich due to the old collected layers of decomposing leaf litter, enhanced due to the short leaf lifespan of banj oak. Banj oak forests also tend to be cooler and wetter due to their unique ‘water-pumping’ feature and closed canopy. The oak forests are no less important for rural livelihoods. Local people use the nutrient-rich leaf litter for use in their farming and source their water from the clear mountain streams.

It is necessary to understand how land use change affects bird species of Himalayan oak forests, given both the recent intensity of forest conversion and modification. CEDAR’s research team (Rajkamal Goswami, Tarun Menon, Ritobroto Chanda and the author) have been carrying out systematic bird surveys in six different kinds of land use prevalent at this altitude since 2016, in both summer and winter. The land uses include protected banj oak forest, degraded oak forest, heavily lopped oak stands, cultivation/ horticulture, built-up tourist areas and pine forest within the 1500-2200 m altitudinal belt. Our surveys are limited to a physical ‘window’ of 20 km by 20 km located in Nainital and Almora Districts where the primary forest vegetation is of banj oak.

As we predicted from the vegetation structure and complexity, the banj oak forest was found to be very rich in bird species, with over 170 species recorded so far. Surprisingly, as many as two-thirds were breeding birds (either summer migrants or year-round residents). Bird activity during the summer showed how important the mosses and lichens were to nest-building activity and the vegetational complexity to the availability of insects. Tits, flycatchers, nuthatches and pigeons were seen carrying these materials for nest-building, and utilised the tree cavities and holes for nesting, particularly in the older oak trees. The protected oak forests rang with a medley of bird song in this season. During this season we also realised the significance of leaf-litter to bird survival in winter. In protected oak forests that retained a rich layer of decomposing leaf litter, species such as White-throated Laughing Thrush and Grey-winged Blackbirds were able to forage even in winter. Observations also show that there are a rich variety of shrubs that support the breeding residents through the harsh winter. Oak acorns, a veritable packet of nutrition that ripen during winter, is important food for some of the larger bird species such as Kalij Pheasants, White-throated Laughing Thrushes and Eurasian Jays.

Impacts of land use are also strongly evident in our data. The species diversity of birds drops drastically along the use gradient, with protected oak forests estimated to harbour 70 species, and the built-up and pine sites being least diverse, both at 48 species. The number of forest specialists drops drastically too, from 32 in protected oak to 6 in built-up sites, including species such as the White-throated Laughingthrush, Black-faced Warbler, Rufous Sibia, Chestnut-capped Laughingthrush, Rufous-bellied Woodpecker, Greater Yellownape, Scaly Thrush, Brown Wood Owl and Rufous-bellied Niltava.

However, there exist a number of adaptable forest species that appear to use human-modified habitats opportunistically for foraging. While these species are able to use resources in horticulture and edge habitat, they do require protected forest to survive, according to our observations. These include the Whiskered Yuhina, White-tailed Nuthatch, Ultramarine Flycatcher, Grey-winged Blackbird, Streaked Laughing Thrush, Great Barbet, Green-tailed Sunbird and the Red-billed Blue Magpie.

Our study has significant implications for conservation planning. If the banj oak forest habitats decline, degrade or fragment further, we will likely lose the majority of our forest specialists. The forest-specialised Himalayan endemics are most likely to be the first to suffer with climate change, given their narrow altitudinal ranges and sensitivity to degradation. This includes species such as the Rufous-bellied Woodpecker, a species that partially feeds off tree-sap, and hardly strays out of dense oak forest. Further, as the other land uses are considerably less diverse than protected oak, landscape-level diversity will go down as well, such as when banj oak degrades and transforms into chir pine forest, or horticulture encroaches into forest areas.

Our analysis is still in very early stages, but we seemed to have unearthed just the tip of the iceberg. To understand how Himalayan forest birds cope with the twin threats of land use change and global warming, is the ultimate goal of our study. Armed with better knowledge that we can use to influence forest policy, we might just be able to pre-empt local extinctions of these largely under-studied bird species in the fragile Himalayan forests.


Ghazala is an ecologist and educationist working on avian ecology, forestry, protected area management and wildlife conservation policy in India and South-East Asia. She is affiliated with the non-profit CEDAR, Dehradun (www.cedarhimalaya.org). 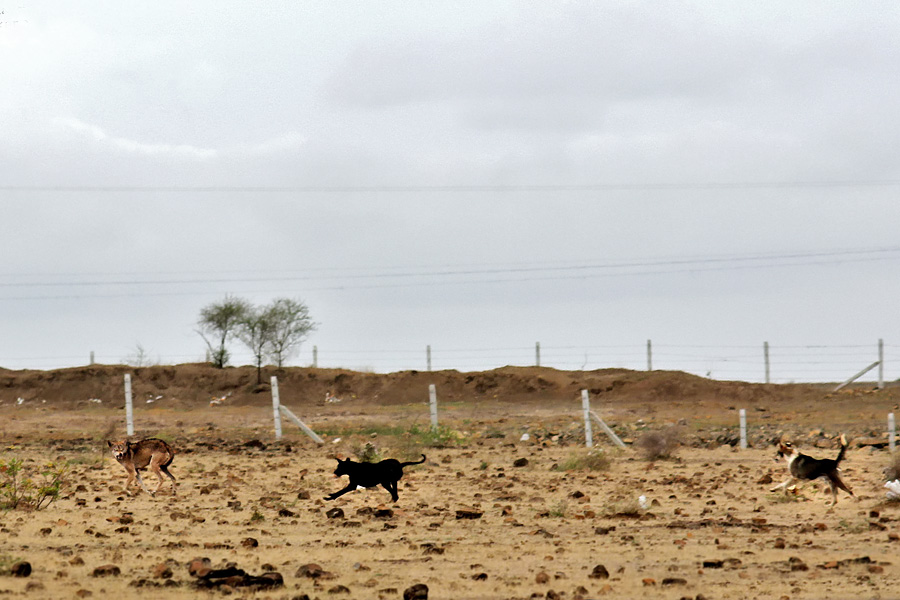