Vidya Athreya | ORYX
A leopard preying on a domestic dog 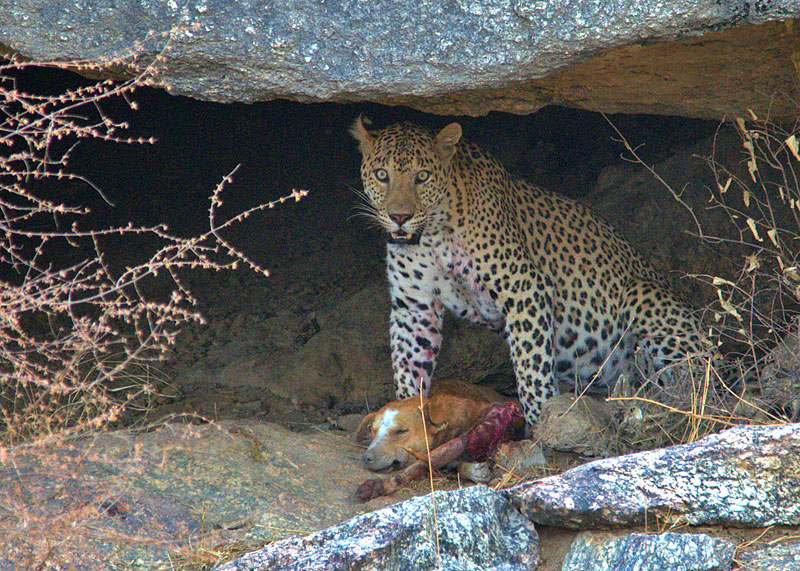 Gaffar Khan
Despite the density of goats being seven times that of domestic dogs, goats constituted only 11% of the prey biomass of leopards, whereas dogs constituted 39%.

Large cats are often icons of wilderness. However, like humans, they too are very adaptable, especially a species like the leopard, which has the largest range of any of the large felids; perhaps a testimony to its high degree of adaptability. Most of us view wildlife through the prism of protected areas; researchers study mainly within parks and sanctuaries and therefore our understanding about these animals when they reside in human use areas is poor.

This study carried out in the croplands of Ahmednagar district in Maharashtra has provided numbers to what is otherwise well known among the locals; that leopards have a penchant for (domestic) dogs. We collected leopard scats from human use areas, and even found leopard scats in the town of Akole. We identified the scats using DNA analysis so that we were not including dog scats. There, dogs feed on meat disposed by butchers as well as on carcasses of livestock that have been discarded by farmers. So we had to be sure we were assessing only what the leopards were eating. There are no wild herbivores at the study site but the density of domestic animals was extremely high, like most other parts of India.

Even though goats occurred at seven times (174 per sq km) the density of dogs (24 per sq km), dogs constituted 40% of the prey biomass of leopards, and goats only 11%. This is probably because goats are largely protected by farmers in cowsheds and and the leopards mainly go for dogs. Also, this study highlights how rich in prey human use landscapes in India are for wild carnivores. If we consider the density of only owned dogs and cats, their biomass is sufficient to support the density of leopards and hyaenas estimated at the study area (10 leopards and hyaenas in 100 sq km).

The study also shows that we often take for granted that the presence of a species like leopards living among humans always implies large economic losses to the farmers; but our results show that leopards are eating more dogs and cats than livestock and perhaps this is due to adaptability of both, leopards and people. The standing biomass of dogs and cats alone was sufficient to sustain the high density of carnivores at the study site. Our results show that the abundance of potential domestic prey biomass present in human-use areas supports a relatively high density of predators, although this interaction could result in conflict with humans.

Human wildlife interactions are complex issues but it also means that both have to adapt to the others presence and I hope many more people go on to study these systems which are more common than not, in India.

This is a summary of the paper ‘A cat among the dogs: leopard Panthera pardus diet in a human-dominated landscape in western Maharashtra, India’ authored by Vidya Athreya, Morten Odden, John D. C. Linnell, Jagdish Krishnaswamy and K. Ullas Karanth published in ORYX, 11 September 2014. 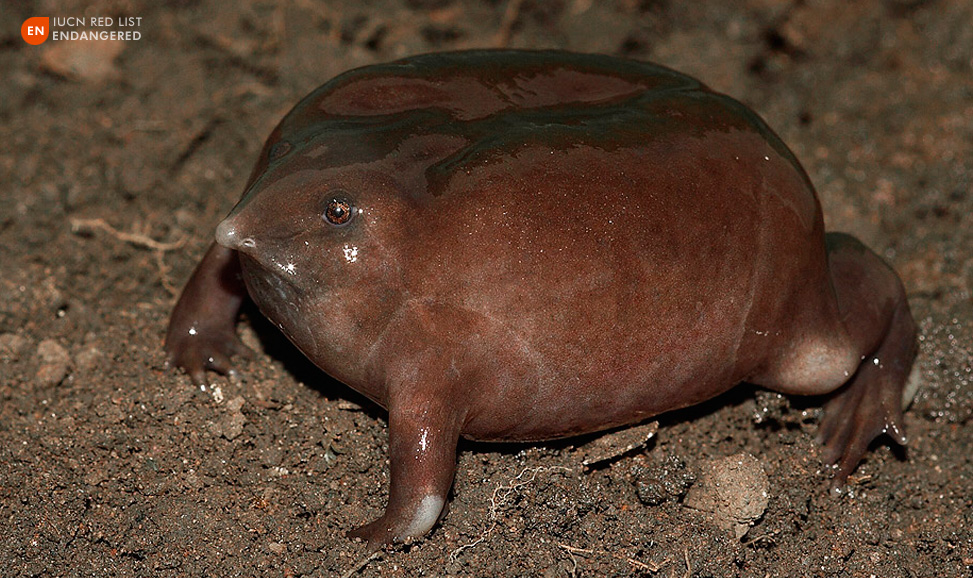