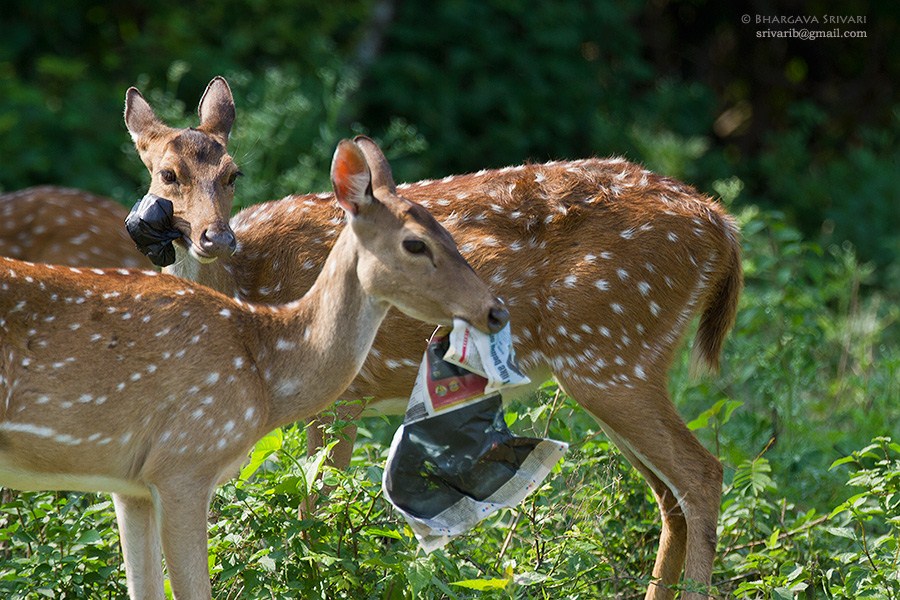 This is an image from Bandipur. After a fine morning drive, having sighted a leopard in all its glory, the constituents of our vehicle were beaming with happines. However, the drive back to the resort brought everyone back to reality. Very close to the checkpost of Bandipur National Park, we saw tourists proceeding towards Ooty, feeding bread and jam to a herd of Chital. It has to be noted that of late, drivers and naturalists of Jungle Lodges and Rests (JLR), Bandipur, have taken the responsibility of patrolling the small length of drive on the highway when on safari. In line with this, our driver halted the jeep and took to verbally beating up the tourists and they took off at once, not giving us a chance to explain to them the implications of what they did. In the process, a newspaper and a plastic bag found themselves thrown to ground. A couple of deer, mistaking the trash for food, picked up the same and wandered off into the jungle. End of the story, or perhaps, the beginning.

The scene discussed is a fairly common one on the Bandipur-Ooty highway. With thousands of vehicles driving on this stretch every single day, and with majority of them unaware of the importance of preserving nature’s gifts, the situation only seems to be worsening. What worries me most is the fact that many of them throwing trash think there is nothing wrong with it. Instead of being anguished and angry, should we see the other side of the coin to realise that these are “regular” tourists and have no idea about wildlife and its abode? What can “we”, the “wildlife loving” tourists do to improve the awareness quotient? I am putting down one idea that I think is plausible.

A small fund that can be used to print pamphlets/brochures that are then to be given (with due permission from the forest dept) to all vehicles at the check post/entrance of the national park. Since these pamphlets might find the same fate as the newspaper and plastic bag in the image, the driver/people in each vehicle must be instructed to read through the contents of the pamphlet and mandatorily return it to the guards at the checkpost at the other end of the forest. If they fail to reproduce the pamphlet at the check post at the end of the forest road, a heavy penalty must be awarded.

What is the benefit of the whole process? Even if a majority of people don’t actually read the contents, but only return it back at the check post, the minority will have read them and informed themselves of the hazards of littering our forests and the worth of our wilderness.

The other advantage of asking tourists to give back the pamphlets/brochures would mean that there would be no need to further keep re-printing them on a large scale. Of course, for this, the same method would have to be employed from both check posts so that the pamphlets would be transported free of cost to both ends and also more importantly will cover more tourists. 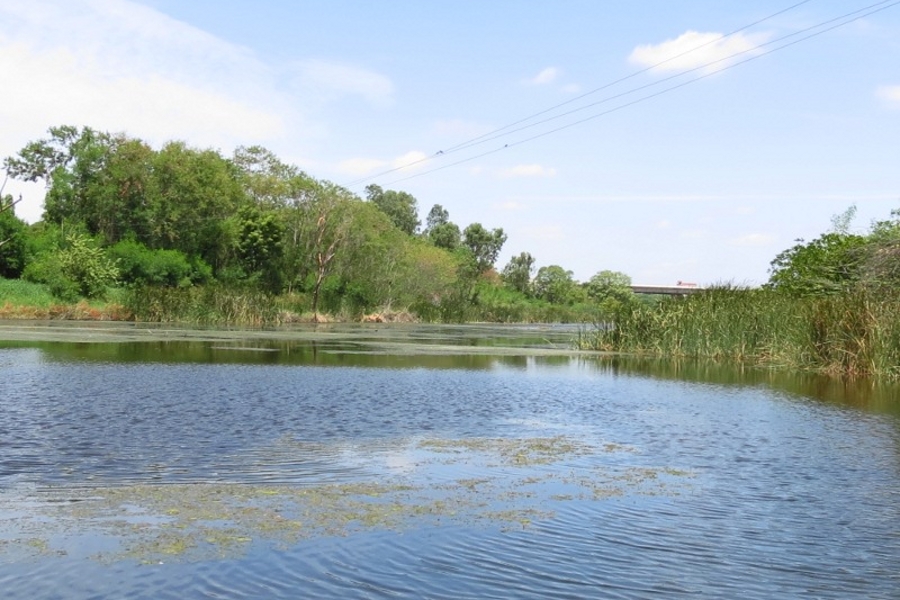