Why Adding More RAMSAR Wetlands is Beneficial to a Growing India 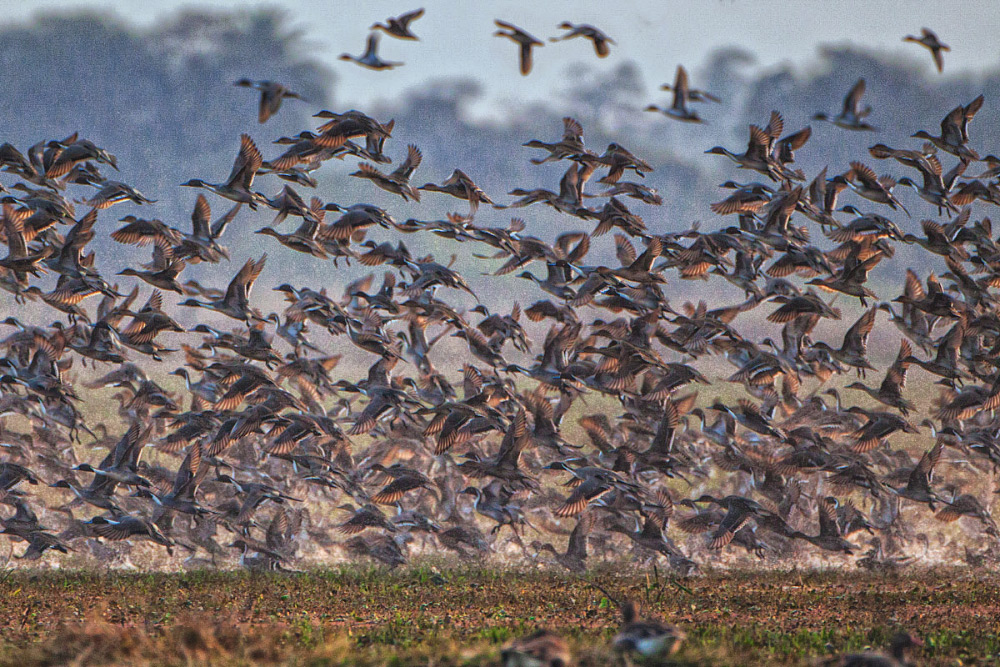 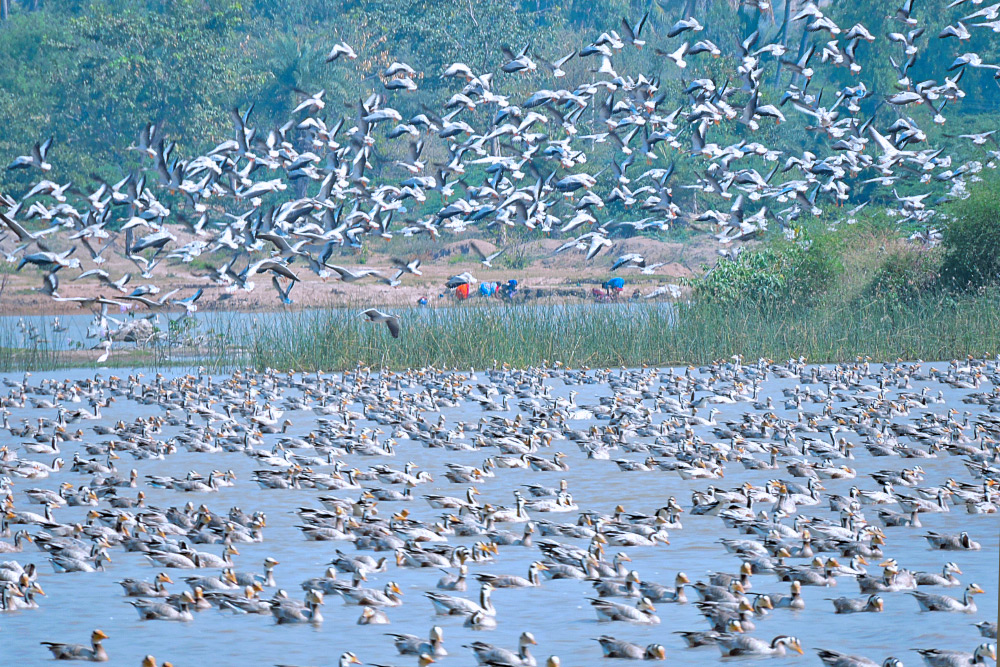 On the eve of the first World Wetland Day of the new decade (February 2nd, 2020) India took the initiative to add 10 more wetlands to its pocketful of RAMSAR wetland sites, taking the total number of internationally-recognized wetlands in the country to 37 sites.

Wetlands are areas where water is the primary controlling factor for the abiotic and biotic components of these ecosystems. The RAMSAR convention on wetlands (1971), held in the Iranian city of Ramsar, is recognized as the first modern multilateral environmental agreement on the conservation and sustainable use of natural resources. The convention originally focussed on wetlands as waterbird habitat, but over the years, it has broadened its scope to address all aspects of wetland conservation and management. Over 2,220 wetlands have been sheltered under the umbrella of the RAMSAR convention. India’s move to secure more wetlands under this convention is crucial in this time of economic growth and climate change.

The RAMSAR convention defined wetlands as “areas of marsh, fen, peatland or water, whether natural or artificial, permanent or temporary, with water that is static or flowing, fresh, brackish, or salt, including areas of marine water the depth of which at low tide does not exceed six metres.” Wetland scientists generally recognize five broad categories of wetlands: marine (coastal wetlands including lagoons, seagrass beds, and coral reefs), estuarine (including deltas, mudflats, tidal flats, and mangrove swamps), lacustrine (wetlands associated with lakes), riverine (those alongside rivers or streams), and palustrine (forested wetlands including marshes, swamps, and bogs). Man-made wetlands include shrimp and aquaculture ponds, paddy fields, salt pans, reservoirs, and tanks, among others.

Why do wetlands matter?

Since time immemorial, wetlands have performed a plethora of vital ecosystem functions and services, such as water storage, groundwater recharge, carbon sequestration, storm and flood protection, shoreline stabilization, erosion control, and storage of various organic and inorganic nutrients. Mangroves are especially crucial in protecting India’s populated coastlines from storm surges and cyclones that threaten to wipe out entire villages. Rice, a staple part of more than half the world’s diet, is a wetland plant and a major cash crop in India. Tanks, lakes, and rivers provide cities and towns with potable water; wetlands are nature’s wastewater treatment plants as well as excellent filters. As wetlands retain water and allow particles to sink down into the sediment, they are particularly adapted to filtering out heavy metals, phosphorous, and organic nitrogen from agricultural runoff. Nutrients that are deemed useful are taken up by plant roots, while pesticides and metals remain attached to the sediment floor.

Wetlands are also home to a vast variety of plants and wildlife. The Sundarbans, the world’s largest mangrove swamp forest spanning the coastal region of West Bengal and Bangladesh, is home to the only population of swamp-dwelling Bengal tigers. The fishing cat and leopard cat make their homes in these coastal swamps across India, as do endangered frogs and reptiles. Bhitarkanika National Park, located in Odisha, hosts multiple patches of mangrove forest and has the world’s largest-known nesting beach for the endangered Olive Ridley sea turtle. Loktak Lake, the largest natural lake in Northeast India, is an example of a naturally occurring wetland and the last refuge of the world’s only wild population of the Manipuri brow-antlered deer. Apart from being critical habitat, some wetlands also have strong cultural and religious significance, such as the Myristica swamp Kathalekan in Karnataka, which is a recognized sacred grove.

With the recent addition of 10 new RAMSAR sites, India has further protection placed upon its threatened wetland ecosystems. Forest and Environment Minister, Prakash Javadekar, took to Twitter to express his views on the same. “It is an acknowledgement of India’s commitment towards conservation and sustainable use of its wetlands,” Mr. Javadekar tweeted. With these new additions, Maharashtra gets its first RAMSAR site, Nandur Madhameshwar. The other sites are Nawabganj, Parvati Agra, Saman, Samaspur, Sandi, and SarsiNawar in Uttar Pradesh, which previously had one RAMSAR site, and Keshopur-Miani, Beas Conservation Reserve, and Nangal in Punjab. These 37 sites in total cover 1,067,939 hectares of India’s surface area. Sustainable use and management of India’s wetlands falls under the purview of the State Wetland Authorities, which in turn are regulated by the Ministry of Environment, Forests, and Climate Change.

A word of caution

While it is noteworthy that India has now added 10 new sites under RAMSAR protection, authorities and civilians alike must remember that while wetlands provide immense ecosystem services to humans, they run the risk of degradation and depletion due to their high function and value. Aquaculture and aqua-farming place the integrity of mangrove forests at risk when conducted at a large scale. The RAMSAR convention itself cautioned against the overexploitation of these delicate ecosystems, stating that the “wise use of wetlands is the maintenance of their ecological character, achieved through the implementation of ecosystem approaches, within the context of sustainable development.” It is crucial that India, in this time of development and continued economic growth, retains her culture of preserving nature and promotes the sustainable use of her wetlands. Overuse and exploitation will not only impact the health of these ecosystems but also the potential quality of services, including water quality and groundwater recharge.

We hope that India’s wetlands continue to receive the necessary protection in the face of development and profitable markets looking to purchase these sensitive lands.


Priya is a researcher at ATREE, Bangalore, studying wetland and river ecohydrology. 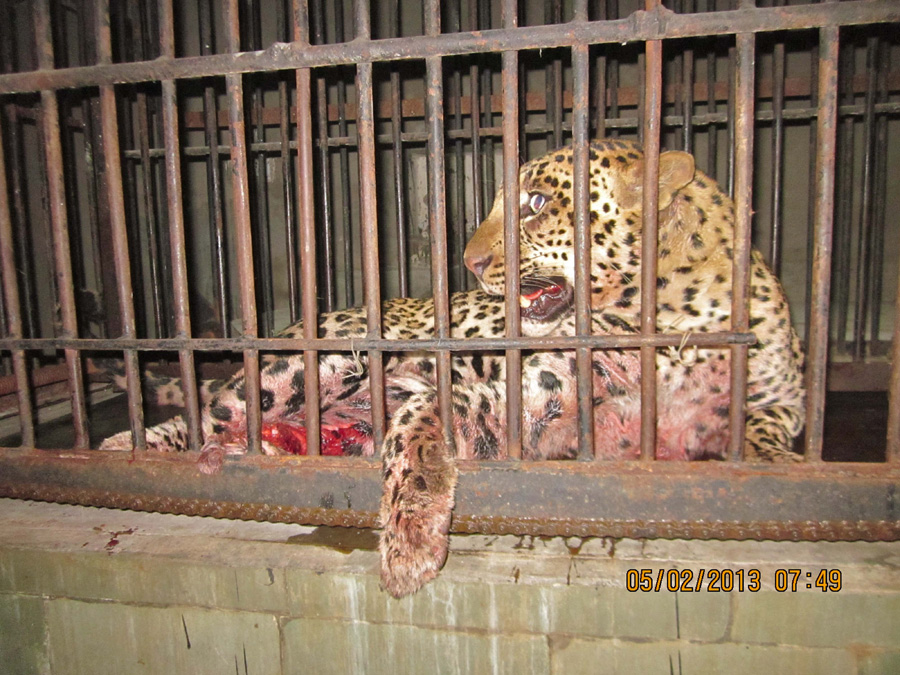