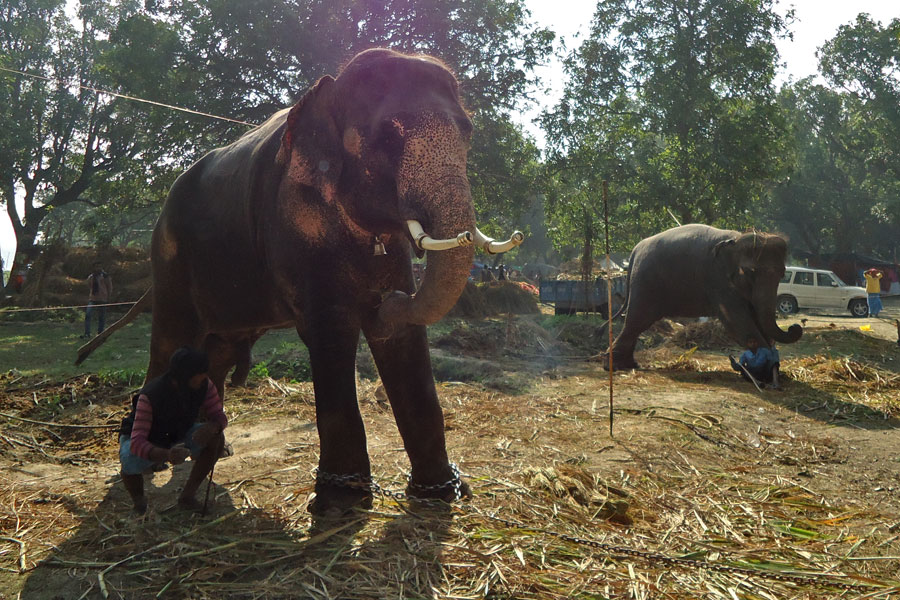 The Sonepur Cattle Fair, aka the Harihar Kshetra Mela, the biggest cattle fair of Asia is rooted in Hindu mythology. Based on a sacred legend in Hinduism – Gajendra Moksha (The Liberation of Gajendra), folklore has it that Lord Vishnu descended upon earth to protect Gajendra, (the elephant) from the clutches of Makara, (the crocodile) and awarded him Moksha (salvation).

An official survey of the Sonepur Cattle Fair, led by TRAFFIC in November-December of 2013, unveiled shocking details about the illegal animal trade rampant under the guise of the fair. The fair had also been surveyed earlier and the findings were made public in November 2012.

The Sonepur Fair is an organized gathering which promotes and facilitates trading of various species of animals. This event is carried out unfailingly year after year and openly disregards legal and prohibitory provisions of the Wildlife Protection Act, 1972, which ban commercial trading of certain species of animals.

The capture and transportation of Asian Elephants (Elephas maximus) from Assam to Sonepur appears to be a regular occurrence despite legal provisions that clearly state that a captive elephant (Schedule I animal) cannot be possessed, acquired, disposed of or transported without written permission of the Chief Wildlife Warden or the Authorized officer under Section 40 (2) of the Wildlife Protection Act, 1972. Furthermore Section 43 of the same Act restricts the sale, purchase or transfers of captive elephants from one person to another for monetary consideration or any other profitable gain. The survey documented 37 elephants, including 6 tuskers and 6 calves at the fair in 2013. Enquiries revealed that some of these elephants had been transported from Assam to Bihar especially for sale at the Fair. Thus any such sale (if it were to take place) would be illegal. The transportation could have been justified and supported with adequate documentation as per the aforementioned provisions. However the elephant traders/handlers were not in possession of any such permits and blatantly avoided discussion of any kind with the TRAFFIC personnel who later found evidence of trade deals that had been finalized even before the Fair had begun, or based on some of the information gathered, some deals were struck after the conclusion of the Fair.

Reliable sources suggest that this kind of trading also takes place in a private space beyond the realms of the fair in Sonepur.

The Fair has been also popular for purchasing live elephants for temples in Kerala, where they have a huge demand, especially for full grown tuskers. These elephants are also acquired by local landlords of Kerala who have the means to acquire and keep them as status symbols. Even though the supply of these elephants from Assam may have dipped due to tightening of regulations, a significant number of them are reportedly caught from the wild.

The Sonepur Mela in Bihar is also home to the bird market or Chiriya Bazaar which conducts a flourishing trade of indigenous and non-native (exotic) birds, despite a ban on the trade in indigenous birds since 1990-91. Investigations uncovered that the native birds on sale at the fair were in fact those belonging to protected species that had been caught and brought from the wild, with no permission from the designated legal authorities. While the laws are clear on issues relating to the breeding and sale of these protected species in India, those concerning the non-native (exotic) species are unclear. Thus in the absence of any rules, the trade of exotic birds and animals in different places within India is on the increase. TRAFFIC India personnel found a large number of exotic birds placed on sale without the requisite permits from the appropriate commercial licensing authorities to carry out breeding or trading activities. The research was halted since it did not fall within the purview of the current investigations.

Appended is a table indicating an approximate number and the schedule of the indigenous bird species (with scientific names) in the Wildlife Protection Act (1972):

The trending prices for aforementioned species were between 200-5,000 INR. Some exceptions to these rates were the Golden-fronted Leafbird and Shikras, being sold at 10,000 INR and 7,500 INR respectively. Not surprising considering the numbers as per the table (1 and 17 respectively). It was further discovered that Munias and Parakeets were being sourced from cities such as Muzaffarpur, Lucknow, Delhi, Patna and Kolkata. Parakeets are also being imported from Nepal. Hill Mynas found in Assam are brought to Mir Shikar Toli and Sonepur to be sold. The main provider of indigenous birds to the Sonepur Fair is the Nakhas Market located in Lucknow and the Mir Shikar Toli (Professional Bird catcher area) in Patna.

Around 7,00,000 birds is the estimate of the number of birds trapped each year in India. With trade in non-native (exotic) birds being used as a cover (due to absence of any clear legislation) for the trade in indigenous birds the extent of bird trade at the Sonepur Fair is most disconcerting.

Scores of birds are crammed in cages and die due to suffocation and duress caused by cramped conditions, lack of adequate food, water and proper veterinary care. Thus the mortality rate of captured birds is on the rise with their general welfare being a constant concern both in transit and at site.

BirdLife International has identified India as a nation with 61 globally threatened bird species affected by overexploitation caused by trapping for trade, both as pets and for consumption.

During the investigation TRAFFIC India personnel also observed the sale of the following primates in the Fair: Rhesus Macaques (Macaca mulatta) commonly known as the Nazuri monkey and Hanuman Langurs (Presbytis entellus) commonly known as the Grey Langur. There were 25 monkeys and 2 langurs on sale, with a pair of each species being priced at 5,000 INR and 7,000 INR respectively. These animals are sourced from Nepal, Uttar Pradesh and Mir Shikar Toli (Patna) and reportedly bought for sale to institutions conducting medical experiments.

TRAFFIC India personnel also spotted two Black-naped Hares (Lepus nigricollis) and one young Nilgai antelope (Boselaphus tragocamelus) at the fair. They discovered that many of these birds and animals are brought to the fair from places known for trading in live animals, such as Galiff Street in Kolkata, West Bengal.

The complete survey was conducted by two TRAFFIC India investigators, over 10 field visits, made during two trips. The numbers listed above are exact in case of elephants and primates, but only an approximation for birds. Research includes first-hand observations of the Fair, past literature on Sonepur including published reports on the presence of elephants and generic newspaper reports.

Enforcement agencies have been alerted regarding the illegal wildlife trade taking place at Sonepur repeatedly in the past, and also specifically before the Fair began in 2013. Till date no enforcement initiatives have been reported.

A word of thanks to Dr Abhijit Bhawal and Dr Achintya Tripathi of the Wildlife Trust of India for their help during the Sonepur investigations. 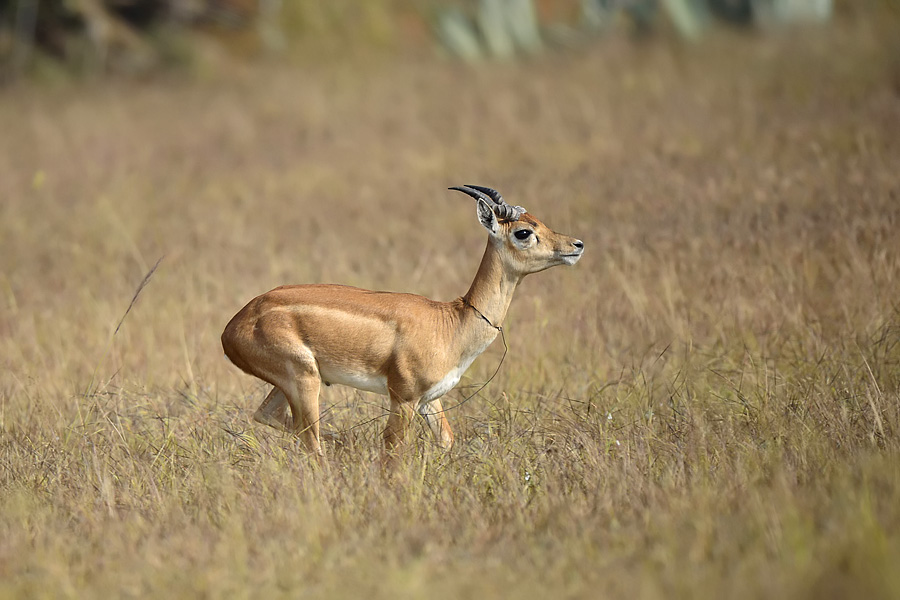