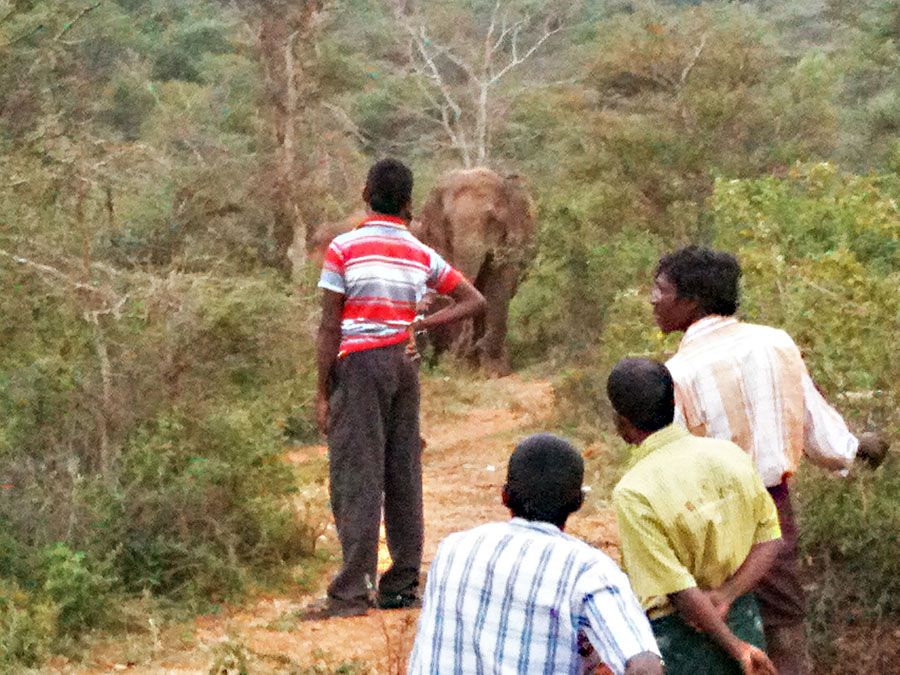 Editor’s note: This report exposes a serious problem that needs urgent resolution. CI requests journalists to highlight this issue so that the authorities put strong measures in place to stop it. We request all conservationists and conservation NGOs in Coimbatore to join hands to help the Forest Department in solving this problem urgently.

Coimbatore, often referred to as the Manchester of South India, harbours hundreds of factories and multinational companies, which need land and other resources. Despite this, the wild side of Coimbatore awaits any nature enthusiast, with a wide range of flora and fauna. From Walayar in the South to Sirumugai in the North, forested areas surround a good part of Coimbatore. With 6 major elephant corridors in the district, there is regular movement of these large mammals along the forest fringes.

Coimbatore Forest Division has been witnessing a rise in Human-Elephant Conflict (HEC) for the past couple of years. The unfortunate part is that elephants are harassed badly by onlookers, leading to retaliation. To understand the situation, we made a visit to forest areas in Coimbatore, where we were greeted by the sight of a trumpeting, distressed elephant running scared at the edge of the forest. What had caused the largest terrestrial mammal in the world to lose its nerve?

On the outskirts of Coimbatore city, brick kilns stand in the place of what used to be an elephant corridor used by generations of these gentle giants. It appears that ‘elephant-taunting’ has become a spectator sport in the region. A well-connected network of local informants sends messages to people interested in the ‘game’ when elephants are spotted. As soon as word spreads about a herd’s location, the crowd pours in on motorbikes, cycles and on foot. Our enquiries revealed that although there are local residents involved in such acts, most of the people who take part in the ‘game’ are migrant brick kiln workers from faraway places.

One day, we received news from our local contact about a herd of elephants coming to the edge of the forest. By the time we reached the spot, we were shocked to find ourselves amidst a mob of local youths, about a hundred strong, who were jeering and howling at a herd of elephants and provoking them. The matriarch positioned herself between the crowd and the herd, trying in vain to calm the young members of her family. Sometimes the men, mostly youths trying to prove their machismo, walked right up to the elephants to instigate them and induce some reaction. The elephants reacted by mock charges now and then, when the men came too close. The poor animals did not know how to respond to the audacious advances of the unruly mob.

The elephants were clearly traumatized, as reflected by their constant distress calls. These seemed to goad the people further to amplify their howling. The elephants appeared to be waiting for nightfall to cross the clearing and move into the next forest patch, which is contiguous with the Nilgiris landscape. The barbaric spectacle we witnessed seems to be a regular affair, and the crowd seems to draw a sadistic pleasure from confronting the gentle giants and elicit some sort of distress response.

Sunset came to the rescue of the pachyderms and the crowd started fleeing, as the elephants would have the upper hand in the darkness. We could observe from a distance that the herd was making an attempt to cross the elephant proof trench dug by the forest department to make their way to the adjacent forest patch. Thus the dusk heralded the end to the trauma of the elephants for the time being, and we made our way back to our camp convinced that this daily scene was a recipe for a disaster waiting to happen.

Post script: The state of affairs were communicated to the District Forest Officer, Coimbatore Forest Division, who was prompt in deploying his field staff close to all possible places through which elephants could cross. A week later however, our worst fears came true, with The Hindu reporting the death of two persons as a result of similar incidents. 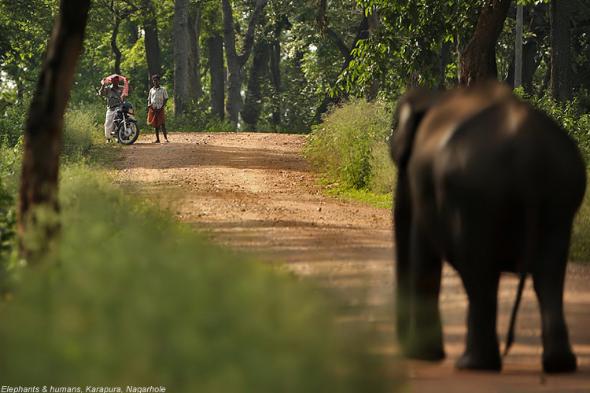